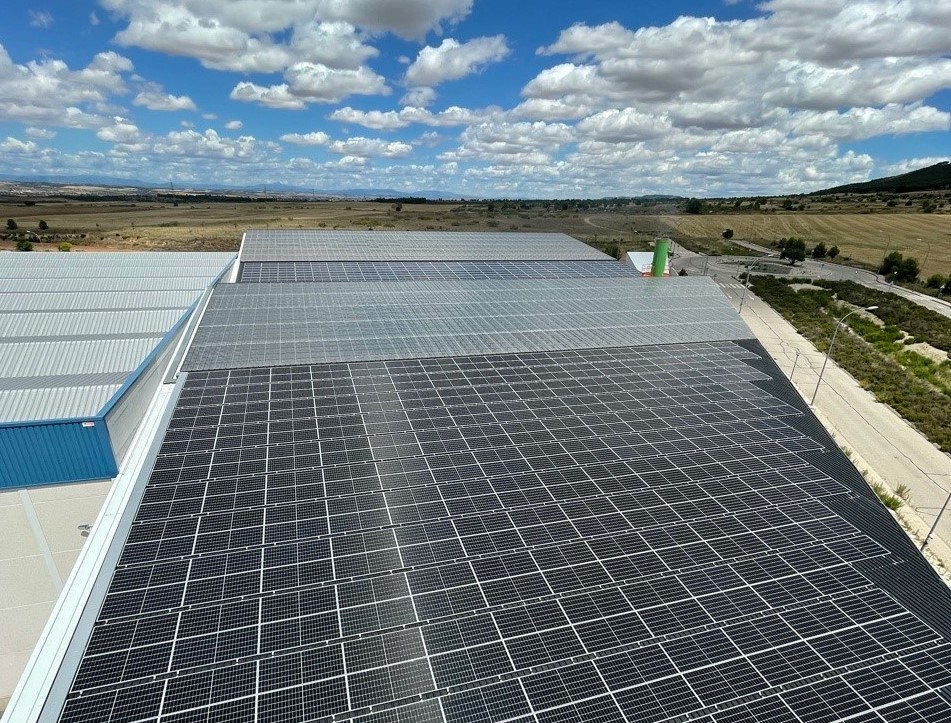 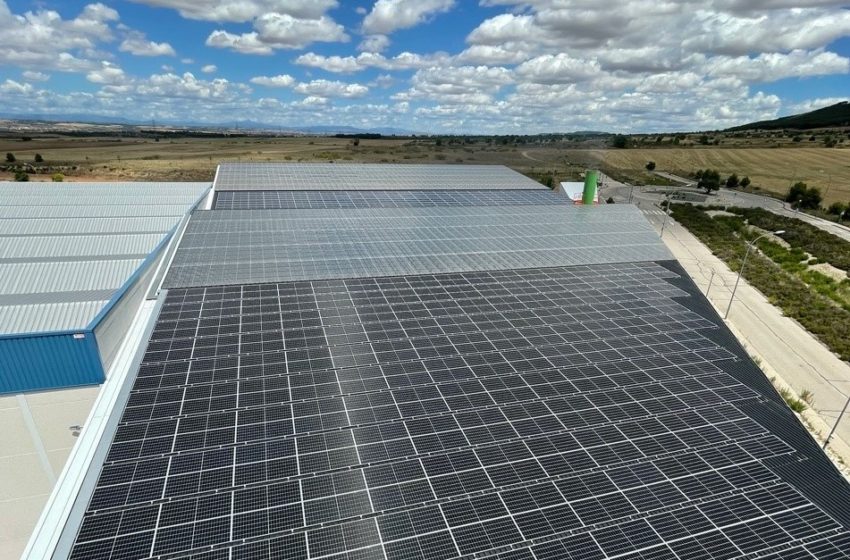 The latest call for solar heat projects in service and industry in Spain created quite intensive sales activities for technology providers. The Thermal Energy Production scheme awarded funding to 51 solar thermal systems totalling 61 MW. A handful of Spanish companies will provide the technology and installation services for most of the approved industrial solar heat projects. The photo above shows Spain’s largest solar industrial heat (SHIP) plant commissioned in 2021. The 3.5 MW solar air collector system partly covered with PV modules provides heat for a production facility located in Castile La Mancha and owned by L. Pernía. The animal feed specialist dries brewers’ spent grain before reuse. Two other factories of L. Pernía in Madrid and Andalusia are among the awarded projects, each with a capacity of 7 MW (10,000 m2). In this article, the solar thermal capacity of plants will be stated primarily in megawatts, or MW for short.
Photo: Solarwall Spain

Last January, the Spanish Institute for Energy Diversification and Saving (IDAE) published the results of its funding awards. Based on the temperature required by the client, the solar thermal plants that got the green light will include either concentrating or stationary collectors. In this news article, solarthermalworld.org has mapped and identified the technology providers whose SHIP plants were approved for funding in that call. If all awarded projects will be realised the Spanish SHIP market will grow significantly in 2022/2023 given the fact that only four projects were commissioned in 2021 (see following table).

Solatom, a Spanish manufacturer of linear Fresnel collectors, has been one of the main beneficiaries of the IDAE call. Among the most remarkable projects that the company confirmed it will deliver are a 2.1 MW system for a food company in Valencia and a 1 MW installation for a nearby petrochemical business. The company also seems to have been quite successful at expanding its reach in Andalusia, where it will build five plants totalling 3.4 MW, including systems to be used for chemical and olive oil processing.

To foster project development, Solatom additionally joined forces with Spanish thermal engineering firm Indertec in 2019, founding a 50-50 joint venture called CSIN. “All awarded projects will be built by CSIN,” confirmed Solatom’s CEO Miguel Frasquet. Nevertheless, the Solatom brand will remain in use. “CSIN will be in charge of marketing, distribution and development, while Solatom will provide the technology,” Frasquet explained. 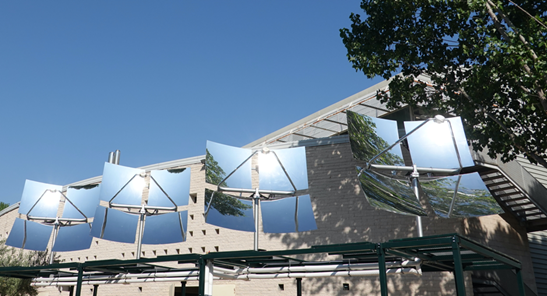 Thermal Cooling Technology (TCT) will supply its concentrator dish to a total of 13 projects awarded funding during the IDAE call, with capacity adding up to 3.3 MW. Among the largest SHIP projects to be implemented by TCT are a 1.1 MW solar heat installation for a meat processing plant in the La Mancha region and a 1.2 MW system for a cork producer in Extremadura. The company’s main product, TCT RED, is a dual-axis tracker, which focuses sunlight onto a fixed focal receiver. “The IDAE funding has provided us with an interesting opportunity, although we have been getting more and more clients interested in our technology even without the help of subsidies. Our price-performance ratio puts us in a very competitive position compared to those offering fossil fuel alternatives,” said David Cano, General Manager at TCT.

Saragossa-based Abora Solar, a supplier of PVT solutions, will receive IDAE funding for at least three SHIP projects totalling 891 kW. One of them will be a 137 kW system for an agrobusiness in the Aragon region. The other two systems will have a capacity of 274 kW and 480 kW and be installed at a chemical company in Andalusia. Abora, which was founded in 2017, is one of the leading Spanish companies for PVT systems. It currently sells a PVT element with a PV module (350 W), which includes monocrystalline cells laminated to a copper absorber. In December 2021, the company started up a 500 m2 PVT plant at a meat processor based in Saragossa (see table above).

Although Solarwall has already built a multi-MW SHIP plant for L. Pernía, Emilio Vega, project engineer at Solarwall Spain, was reluctant to confirm the other awarded projects on which Solarwall was working with its client: “The two projects with L. Pernía have not been confirmed and, therefore, the solar technology that will be used has yet to be specified.”

Furthermore technology providers for the 30 MW plant that Engie Servicios Energeticos received funding for in Seville are not confirmed yet. The SHIP system planned for the Heineken brewery was the largest one in that call. The challenge remains to get this huge project up and running within the requirement set by IDAE’s call to commission all projects by June 2023.