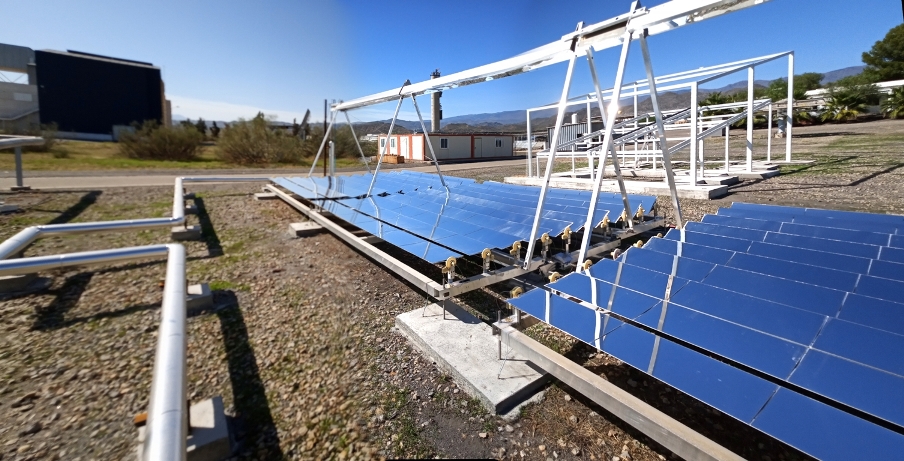 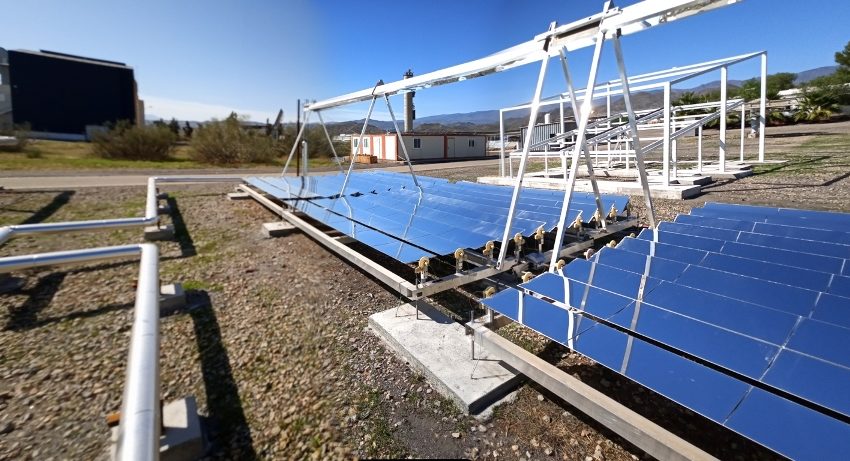 Fifty-one solar heat projects totalling 61 MW were awarded funding in Spain in the first round of the subsidy scheme Thermal Energy Production. The majority of these projects use concentrating solar technologies. This is a great step forward in a country where currently concentrating solar heat plants with a total of only 1.3 MW are operational. “This is the first time that concentrated solar thermal (CST) projects have been included in this type of subsidy scheme and the result have been tremendously positive for the sector”, said Sandra Cubero, Manager of the Solar Concentra Platform. However, industry players see a great challenge in the short completion deadline of June 2023 considering the relative novelty of CST projects. This article is a follow-on to a previous news piece discussing the impact of the subsidy scheme Thermal Energy Production.
Photo: Solatom CSP

According to Solatom’s CEO, Miguel Frasquet, one of the main Spanish manufacturers and suppliers of concentrating solar technologies, “The call for proposals has been a success for us, as well as for the sector in general. Among the positive points to highlight is that the call had differentiated budgets for each technology, as it is often difficult to compare thermal solutions, especially when some are more mature than others.” According to Frasquet the current competition will allow manufacturers like Solatom to reach commercial volumes, as to date many of the projects installed in Spain are small in size.

Another Spanish CST manufacturer, Rioglass Solar, pointed out that this call represents an important driver for reducing CAPEX costs and amortisation times of industrial heat projects. According to Luis Villanueva, Managing Director of Rioglass Solar, some of the other upsides of the project are the fact that it allows the implementation of new prototypes developed specifically for industrial applications (SUN2HEAT), as well as strengthening the network of suppliers of auxiliary systems. He also highlighted the fact that the subsidy scheme will help to standardise solutions adapted to each end-use sector, which reduces project execution times and optimises the technology.

However, on the negative side, Villanueva from Rioglass believes that there is still the need to establish a greater commitment on the side of the recipient companies as in many cases, once the grants have been awarded, the projects are cancelled. IDAE confirmed this observation. According to IDAE programme statistics there have been several CST projects, mostly in Andalusia (5), Madrid (5) and Catalonia (4), that the submitter cancelled after being awarded a grant due to the short deadlines or the lack of technical and financial capability.

According to Frasquet: “The most negative aspect, I would say, has been the timing. These subsidies were published in late 2020 and the final approval came a year later. In that time the reality in the industry may have changed a lot, which is a challenge for some projects in which the initial design will have to be adjusted.” In a year a lot can change. Land that was available in 2020 may no longer be available, roofs that were previously free might now have PV, managers that were there before are no longer in this position, etc.

With regard to the completion deadline, Frasquet believes that “the challenge now is to see how many of the awarded projects can come online before June 2023”. The relative novelty of these CST projects and the shortage of material supplies and human resources could mean that some of the project initiators may fail to meet the deadline. “In any case, I trust that the administration will support all successful bidders and make it easier for them to put as many projects as possible into operation,” he added.

Cubero commented: “As for the calls for proposals, the deadlines were very tight, which made it difficult to develop some proposals in time.” The fact that in some regions specific criteria were defined, for example that the installations had to be at least 1 MW, ruled out some smaller projects, she added. The Solar Concentra Platform sees a dilemma in the lack of awareness: “Industrial heat users are largely unaware of solar thermal technologies. When they are made aware of the advantages and opportunities, they tend to show a certain mistrust as they do not have any references of operation nearby.”

Cubero is, however, confident that the series of solar heat projects currently being implemented will gain more overall visibility and weight in the national energy landscape. She also trusts that the next calls planned for 2022 and coordinated by IDAE will also include concentrating solar heat technologies.

This time the funding should come from the Recovery, Transformation and Resilience Plan (PRTR) – the Spanish version of the Next Generation EU Funds. The legal requirements have already been put in place. Last December the Council of Ministers in Spain approved Royal Decree 1124/2021 for direct grants to regions for renewable heat projects implemented in different sectors of the economy.

IDAE will coordinate the new budget line and has already allocated EUR 150 million. The regional administrations will again be responsible for publishing the calls.

“Our efforts are currently focused on PRTR component 7, in which grants for renewable thermal energies are included. And that although incentives for other renewable energy actions, whether or not linked to efficiency and mobility, are being provided within other components of PRTR as well,” confirmed Ortega.