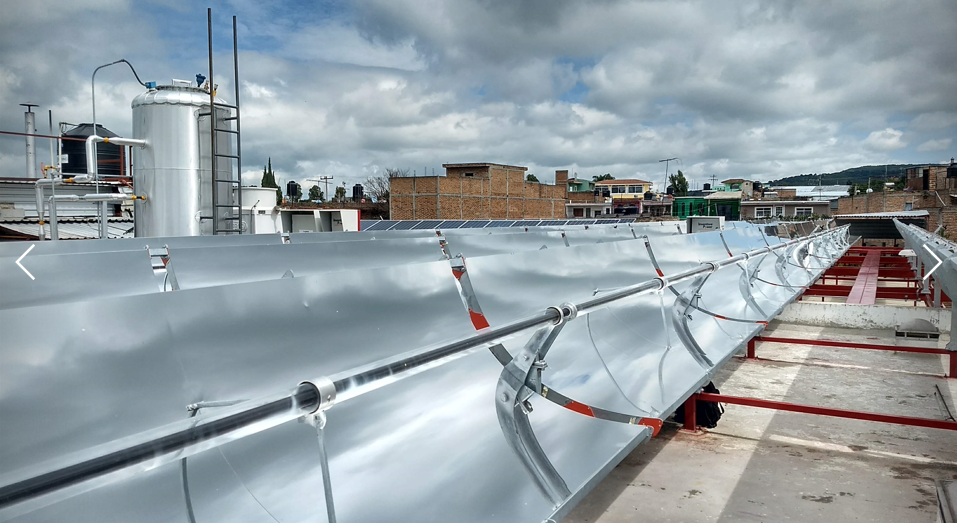 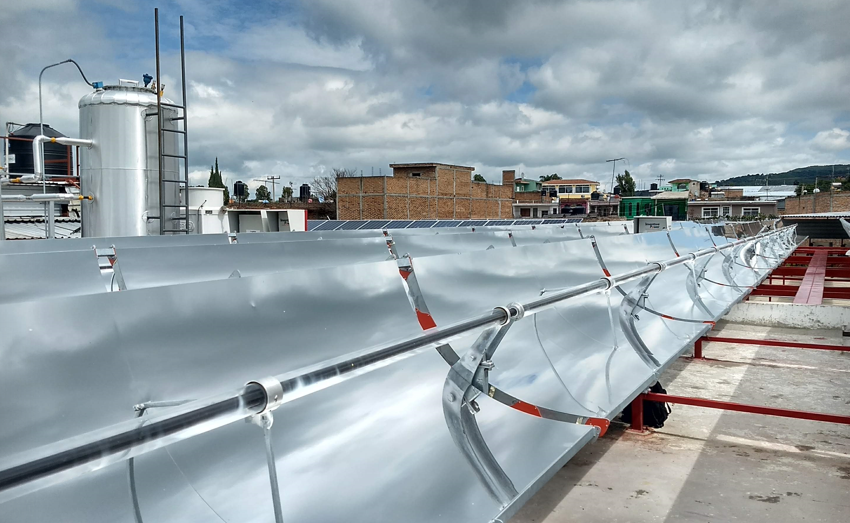 Multinational corporations have discovered solar steam as an important way to achieve their climate protection goals. Among the global players that have purchased a solar industrial heat plant this year are the huge breweries Heineken and Carlsberg. By the end of the year Givaudan, the worldwide largest producer of flavours and fragrances with 79 production sites worldwide, will profit from emission-free concentrating solar steam at two of its factories in Mexico and in Spain. Demand from the industrial sector has enabled the technology suppliers for solar concentrating heat solutions to grow significantly this year. At least 39 projects with 134 MW are planned for commissioning in 2022 and 2023. This is a huge increase compared to the 10 projects with only 8 MW that started operation in 2021. This news article was updated in November 2022. Photo: Inventive Power

For the market assessment 2022/2023, the German agency solrico asked 14 manufacturers of concentrating collectors about confirmed projects. The listing of new projects therefore includes only plants for which the solar technology supplier has already signed a contract with the customer.

The 14 companies reported 39 projects with a total capacity of 134 MW that are planned for commissioning by the end of 2023. Among them are two really big ones. The 77 MW solar plant for the Water World leisure resort in Handan, a city in the northern Chinese province of Hebei which should start operation at the beginning of 2023 and the 30 MW plant for the Heineken site in Seville to be put online in June 2023.

Among the 39 projects, 27 supply heat to an industrial customer, eight deliver energy to a customer in the service sector, e.g. a sport club or a hotel, three feed heat into a district heating network and one desalinates water. The large majority of the projects are commercial, only the two plants realised by Ecotherm in Spain are linked to an R&D proposal.

Outside Mexico deployment is triggered by availability of incentives. Spain will see the largest number of new plants put into operation in 2022/2023 due to the subsidy scheme Thermal Energy Production (see Figure 1). 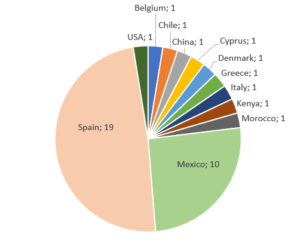 Big brands among the early adopters

While SHIP customers in the first few years were often local family businesses in the food and beverage sector, interest from multinational corporations is growing rapidly. The Swedish glazed parabolic trough collector manufacturer Absolicon was able to sell pilot plants to globally active breweries – Carlsberg and Asahi. Once the 660 m2 fields in Greece and Italy have been tested sufficiently, the planning for larger SHIP plants will start. Among the clients of Inventive Power in Mexico this year are already big names such as Givaudan, and also Reckitt, which is among the largest producers of cleaning products worldwide. “We are working on developing projects for Nestle, Siemens, Coca Cola, General Motors, Bacardi, Schreiber Foods and others”, says Angel Mejía Santiago, CEO of Inventive Power.

The world market for concentrating solar heat projects has been growing significantly since solrico started its annual surveys. At the end of 2017 an estimated 339 MW ( 484,958 m2) of concentrating collector capacity supplied heat for C&I customers around the world. The world market will have almost doubled in the six year period between 2018 and 2023, reaching 704 MW (1,005,820 m2), if the projects already confirmed by November 2022 are realised (see figure 2). 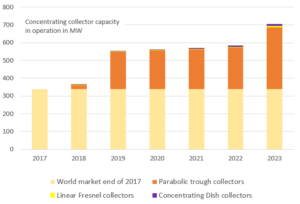 Figure 2: World market for concentrating solar heat projects in operation between 2017 and 2021 plus confirmed capacity additions for 2022 and 2023. Total solar thermal capacity of concentrating collectors in operation at the end of 2023 will be 704 MW. For most projects the conversion factor of 0.7 kW/m2 aperture area was used. The big increase in 2019 was achieved by a 180 MW solar steam block commissioned in Oman Source: solrico survey / technology suppliers’ information; Status: November 2022 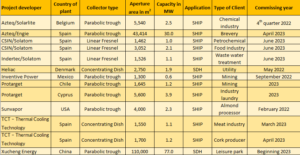 List of contracted solar heat projects above 1,000 m2 aperture area which are commissioned already in 2022 or are planned to be commissioned until the end of 2023.
Source: solrico survey / technology suppliers’ information; Status: November 2022