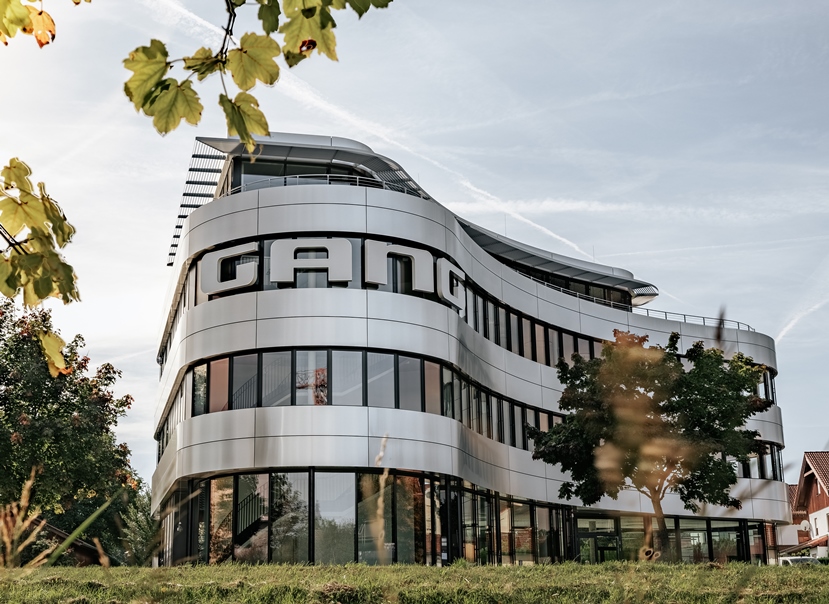 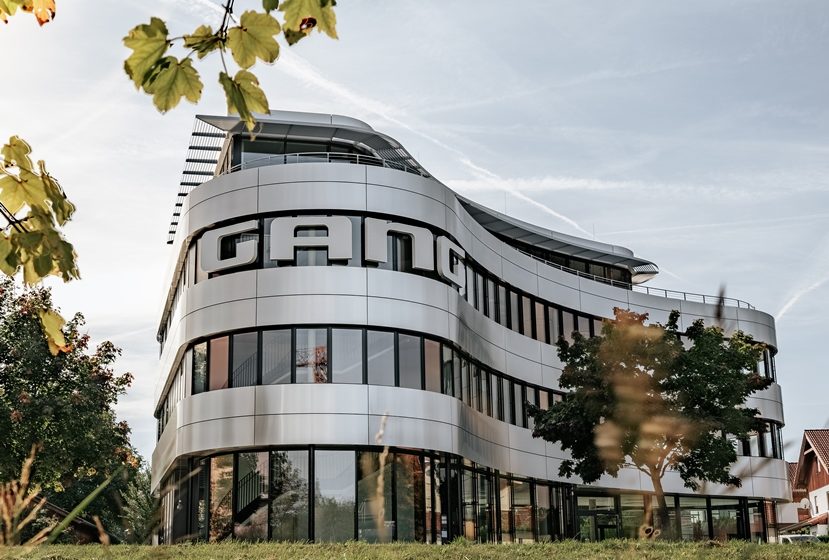 Whenever large heat consumers want to move away from oil and gas, combining a collector field and brine heat pumps is an idea well worth considering. The crucial question then is how many large heat pumps with a capacity above 50 kW have made it to market already and how efficiently they work. To this end, researchers working at the University of Kassel in Germany have compared the efficiency of 33 of these pumps and have proposed a new empirical coefficient of performance (COP) that would allow for more precise measurements when conducting feasibility studies in this area. The researchers’ conclusions were that, even under 2018 market conditions, when the current energy crisis had not yet unfolded, the pumps could keep up economically and environmentally with competing products in multiple European countries. The photo shows a new industrial building that uses a 52 kW brine-to-water pump to meet heating and air conditioning needs.
Photo: SAI Schleburg Generalplanungs- GmbH, Karl Lassacher

Today, the mass-market appeal of heat pumps is undeniable. For example, the REPowerEU plan published in May called for a “doubling of the rate of deployment of heat pumps” over the next five years. The same document also notes that “member states can accelerate the cost-effective deployment and integration of large-scale heat pumps…by developing and modernising district heating systems.”

The average consumer, however, primarily associates the pumps with residential, housing or service sector projects. Large-scale applications for industrial, commercial or district heating use either fly under the radar most of the time or don’t register at all with the public at large.

To address this lack of visibility, researchers in the University of Kassel’s Solar and Systems Engineering department published a paper last year, aiming to create a model that would allow them to evaluate the performance of large heat pumps based on economics, energy output and environmental impact. The study focused on the products of 11 manufacturers and compared 33 brine-to-water pumps, with capacities ranging from 50 kW to 1.5 MW. Among those, 25 operate within a conventional heat sink range of up to 100 °C: Another seven achieve higher temperatures of up to 160 °C. Depending on this operating temperature, each unit is filled with one of nine different refrigerants (see fig. 1).

Fig. 1: Operating temperature range of different refrigerants
All three figures in this news article are taken from the paper Large-scale heat pumps: market potential and barriers, classification and estimation of efficiency published by Elsevier in March 2021 and accessible following this link

Even though there are some examples of heat pumps being used in industry (119 projects globally) and the district heating sector (149 projects), the authors write that the amount of thermal energy currently generated by those pumps is mostly negligible in both cases.

To calculate heat pump efficiency, manufacturers have so far used a COP that is based on European Union Standard EN 14511. But this type of COP is only available on data sheets and only for certain parts of a heating system; it provides little information about the overall real-life performance of a combined system. This, the researchers conclude, makes it difficult to conduct reliable performance tests for a feasibility study when using current data sheets and estimation methods.

One of the key findings of the new paper is that a full-fledged empirical approach is more effective than a semi-empirical or even a theoretical COP. In short, the current standard can be improved on by incorporating the formula developed at the University of Kassel (see fig. 2).

Fig. 2: The graph shows COP estimates based on different methods. The empirical approaches (grey, orange and blue) fit better to the operation points than the curves based on EU Standard EN 14511 (red, green, black and yellow).

After presenting empirical COPs as the optimal solution, the researchers propose an evaluation model based on the ratio of profit to effort required. The ratio is derived by comparing the heat pump efficiency and final price of electricity to the cost of a standard gas boiler (SGB) (see fig. 3; LCOH stands for the levelised cost of heat). The colour coding on the left side of the chart indicates the cost ratios for generating heat using a heat pump and a gas boiler (LCOHHP / LCOHSGB) as a function of the temperature lift (x-axis) and the ratio of electricity to gas costs (right Y-axis). If the ratio is smaller than 1 (green area), the heat pump has lower heat production costs than a gas boiler. 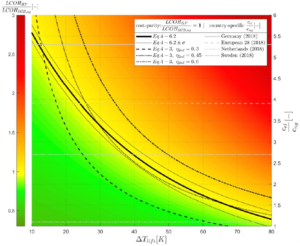 Fig. 3: Ratio of levelised heat pump (LCOHHP) to gas boiler cost (LCOHSGB) at different temperature lifts. The four grey lines represent country-specific ratios of electricity to gas costs, including all taxes and levies, during the second half of 2018.

The last graph clearly shows that running a large heat pump in Sweden is a fully competitive endeavour (green area around the lowest dashed line). At the European average (dashed grey line), the cost ratio is 3.9 and economic feasibility is achieved at a temperature lift below 25 kelvins, which would make a pump competitive at 2018 prices. Germany’s extremely high electricity to gas cost ratio of 5.3, on the other hand, means that heat pumps are far from being economically feasible. In light of today’s sharp increase in energy prices, however, that conclusion will have to be revisited.

Department of Solar and Systems Engineering at University of Kassel