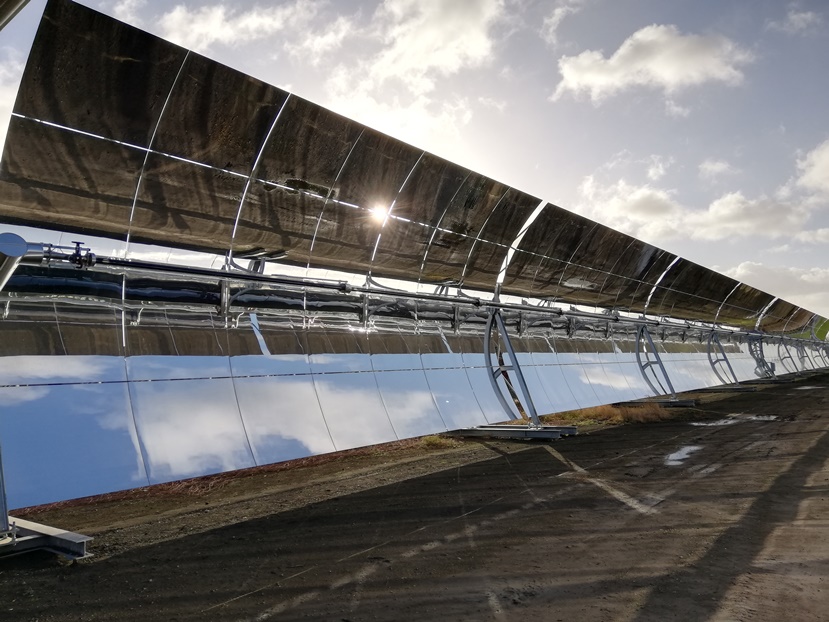 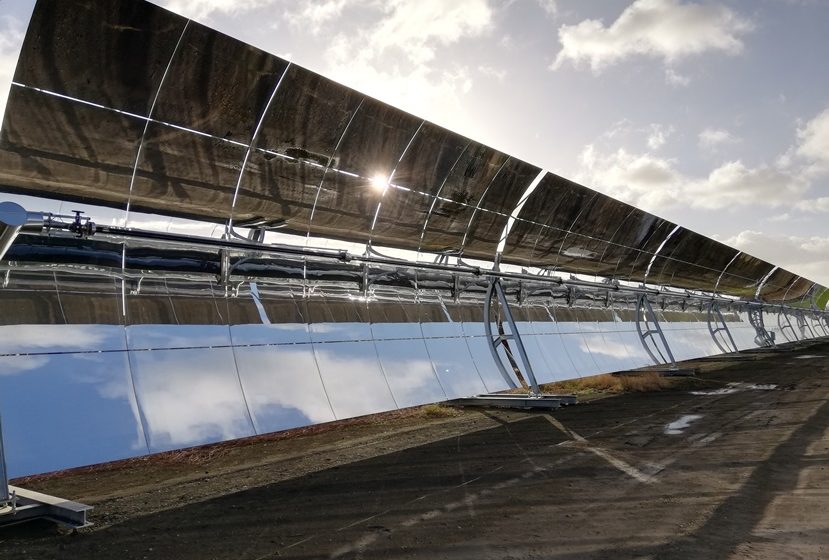 In Spain, the global spike in fossil fuel prices has made large solar systems as competitive as ever. Together with the financial support granted by the European Regional Development Fund (ERDF), these systems are now capable to reach short payback periods of just a few years. Consequently, a growing number of solar technology providers is offering heat purchase agreements (HPA). The largest HPA contract to date was signed by global beer producer Heineken and energy service company Engie Soluciones España last May and promises to supply Heineken’s factory in Seville with 28.5 GWh of thermal energy per year. Other businesses that have made inroads into the Spanish HPA market are Abora Solar, Solatom, and TCT – Thermal Cooling Technology, as well as French-based Newheat and Sunti.
Photo: Solarlite

The multi-MW solar heat project to supply the Heineken plant has been several years in the making. A prefeasibility study on the system had already been conducted by German-based parabolic trough collector manufacturer Solarlite in cooperation with Belgium-based Azteq in 2017. But the study found gas to have been so cheap at the time that there was little appetite for solar alternatives. Even Heineken only greenlit the project after Engie received approval for ERDF grants last year.

The big plus of the Heineken site in Seville: sufficient space for the huge 30 MW field of parabolic trough collectors. “We included a pressurised water tank with a capacity of 70 MWh so the system can meet 100 % of the heat demand in summer between May and September,” explained Joachim Krüger, Head of the Solarlite Solar Technology Division within the Azteq Group. Measured over the year, the solar installation will reportedly provide 55 % of the heat the brewing plant requires (see table below).

The most challenging part of the project remains the completion time. All developers receiving ERDF funding need to finish their projects by June 2023. “What helps us keep to this fast-approaching deadline are personal ties to Chinese parabolic trough manufacturer Huiyin Solar,” said Krüger. Kari Ven, co-founder of Azteq, and Juan Ven, founder of Huiyin, are brothers born in Belgium. 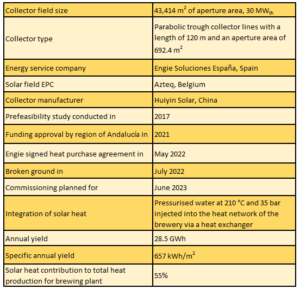 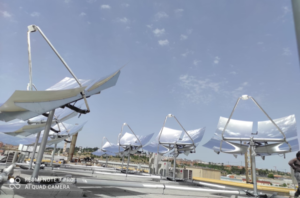 In the first half of 2022, this SHIP project at Covex Pharmaceuticals in Madrid was expanded to 16 units with 57 kW of total capacity. Photo: TCT – Thermal Cooling Technology

Heat purchase agreements are a good deal for the client

Another Spanish company that has had quite a lot of experience with HPAs is TCT – Thermal Cooling Technology, a manufacturer of parabolic dishes. TCT Chief Marketing Officer Jaime Ruiz-Morales said that since the beginning of this year, TCT has already installed four projects totalling 161 kW in Spain. Another three projects with a combined 800 kW are under construction. “Some of these projects have resulted in a heat purchase agreement. But we’re still waiting for the largest consumers to take the plunge.” Ruiz-Morales expects TCT to reach another 5 MW in 2023, and the company is currently in negotiations with prospects about new heat contracts.

Solatom, a manufacturer of Linear Fresnel collectors, has also entered the HPA market. CEO Miguel Frasquet said that “HPA is a very good deal for the client. It creates confidence and demonstrates the maturity of the technology. Still, it is more competitive in the context of large-scale projects, and there are still no projects of that size in Spain. It will be interesting to see those first systems being started up.” Frasquet explained that his company has already signed a heat supply contract with the food producer Aceitunas Torrent. The corresponding collector field with 620 kW is under construction.

One of the indicators for assessing price competitiveness is the end price of energy. According to Nicolas Martinez, Iberia Business Development Manager at French company Newheat, HPA prices can be as low as 25 EUR/MWh depending on project size and contract duration. As a rule of thumb, the bigger the project is, the cheaper each MWh of output will be. During a prefeasibility study on a high-efficiency flat plate collector field that delivers up to 90 °C and includes daily storage, Martinez was able to prove that it is possible for heat prices to drop to around 15 EUR /MWh. This applies to projects receiving a 45 % investment grant at a solar-rich site in southern Spain.

Ruiz-Morales, of TCT, came to a similar conclusion: “We‘re already offering heat for 15 to 20 EUR/MWh in southern Spain. It’s totally competitive, especially when compared against current gas prices, which are 80 to 90 EUR/MWh.” Nevertheless, he said, it’s still a difficult task to convince end clients of the benefits of solar heat. “The ideal clients are very large heat consumers, but they’re hard to win over. However, we offer very low payback periods of around two to three years. So we hope once the first systems are online, many other companies will jump on board.”