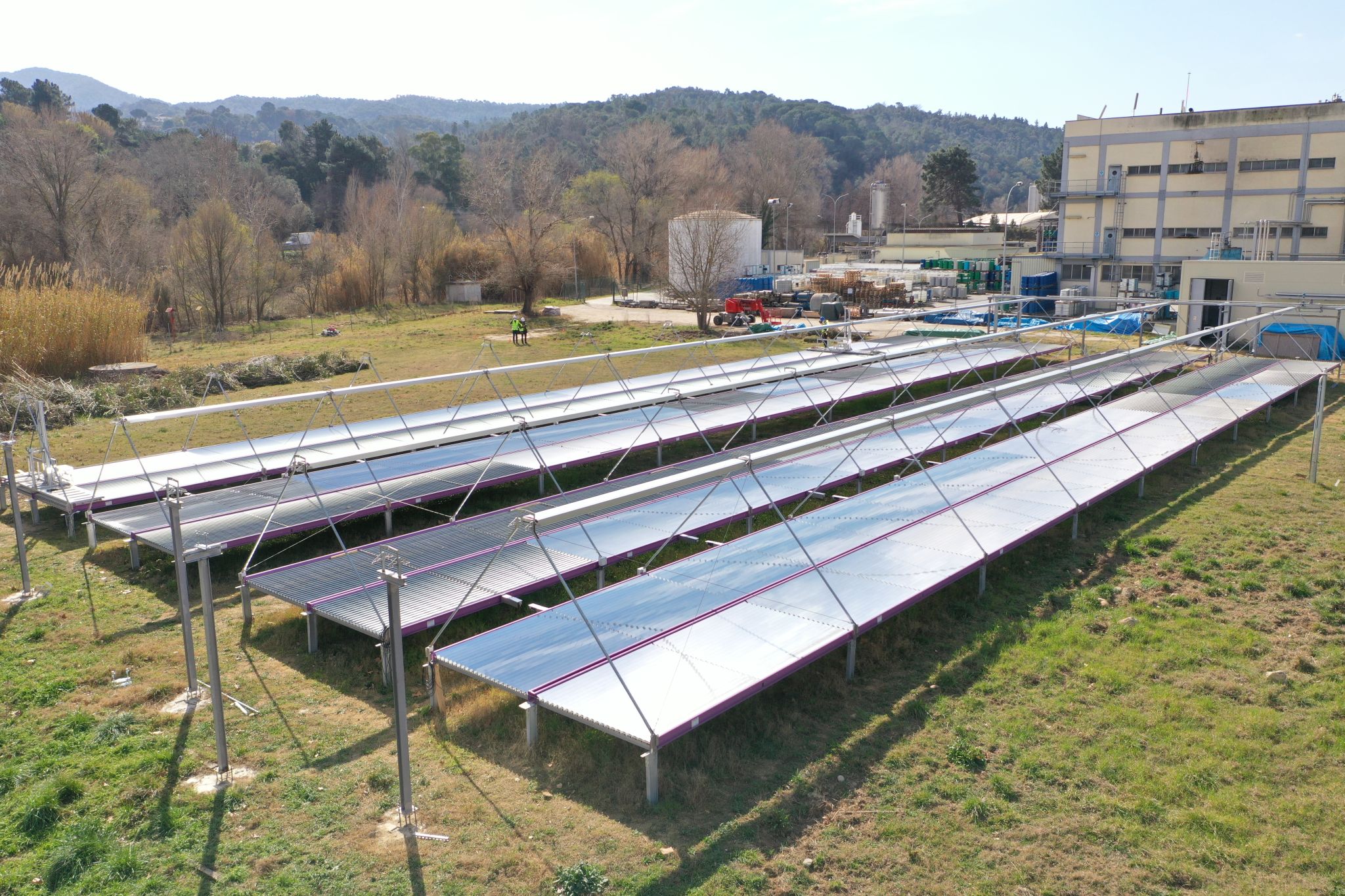 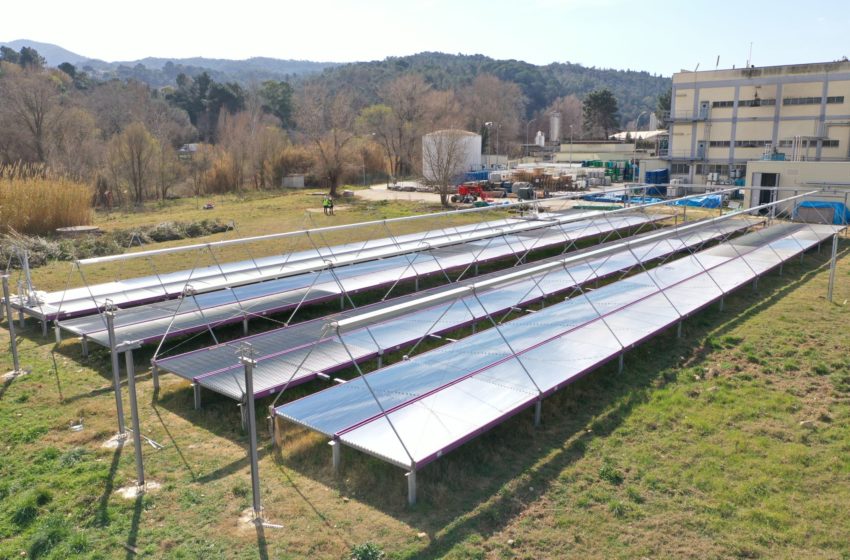 With the commissioning of two solar steam and cooling demonstration plants for industrial applications in May, the EU project Hycool has achieved major milestones. The photo shows the 800 m2 linear Fresnel collector field next to a chemical facility of the company Givaudan, which creates flavours and fragrances (see photo). The special feature of the Hycool project is the combination of solar steam generation with innovative hybrid heat pumps. These use both electric and thermal compressors, resulting in a significantly higher efficiency than conventional heat pumps. The demonstration plants also include thermal steam storage in order to provide a flexible solution covering heating and cooling demand in the factories. Another special outcome of Hycool is the website https://hycool-project.eu/, which includes a section called Resources on SHIP as well as two tools that support planners with their pre-feasibility studies.
Photo: Hycool

The many obstacles during recent years have caused extensive delays in the Hycool project. The installation of the two demonstration systems, which were part of the EU project proposal in 2018, was delayed for several reasons, including the COVID pandemic, material shortages and the restructuring of the consortium due to the departure of the partner Fresnex GmbH in August 2019. Half a year later the Austrian company Ecotherm acquired the Fresnex concept and took over Fresnex’s obligations in Hycool. “We are happy to say that we fulfilled our obligation and have now commissioned both demonstration plants successfully,” said Antoni Castells, Project Manager at Ecotherm Austria. 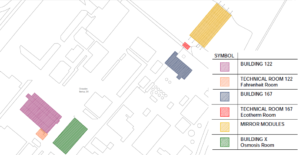 Technical plan of the Hycool installation for Givaudan
Graphic: Hycool

Givaudan’s demonstrator was especially challenging as solar steam pressures of up to 25 bar are required, which is at the upper end of the range of steam pressures used in industrial processes. To achieve this, a solar field of 800 m2 (marked yellow in the figure above) has been installed near building 167 (blue), where the steam is needed. Between the solar field and the heat consumption point, technical room 167 (red) includes all the components for the dynamic balancing of the steam system, mainly a steam drum and the feedwater tank, as well as the phase-change material (PCM) steam storage tank. Solar steam is delivered at 20 bar and 12 bar to two of the three steam networks of the Givaudan factory. Some of the heat is delivered to technical room 122 (light orange), where the cooling chillers are installed. These provide cooling at around 5 °C to the factory in building 122 (purple).

At Bo de Debò, a company making precooked dishes, a 360 m2 linear Fresnel field was installed as a demonstrator on the rooftop of the factory. The main challenge was to have zero impact to the building structure. The solar field was installed without requiring any kind of substructure. In this case, the solar heat is generated as pressurized hot water at 150 °C, delivering heat directly to the factory, to the hybrid chillers and to the phase change material (PCM) storage tank.

At both demonstration sites, a monitoring system has been implemented in order to evaluate the overall performance of the different system components. Furthermore, an energy management algorithm is applied in order to switch the operation mode automatically based on the desired output, for example maximising cost savings or carbon footprint reduction. To do this, the installation is, for example, coupled with the factory’s pricing for gas and electricity, a weather forecast platform and the company’s performance record to decide automatically how the energy flows should be directed. 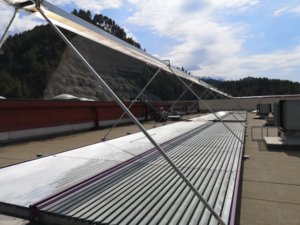 Selected components of the two Hycool demonstration plants and their suppliers
Source: Hycool

“During the four-year project we have added some useful tools and information on solar process heat to the Hycool website,” said Marco Calderoni, EU Project Manager at R2M Solutions in Italy, one of the 15 Hycool partners from 10 EU countries. In the section Resources on SHIP for example, you will find links and references to projects, tools and scientific publications on the topic of solar heat for industrial processes

Besides this, two tools are available for planners and users of solar industrial cooling plants:

Pre-feasibility simulator
This simulator enables planners and users to make a quick initial assessment of whether the Hycool system is suitable for replacing compression chillers for a given industrial cooling process. You can start your simulation online by adding values for five parameters.

The result of the pre-feasibility simulator is a score that shows the planer or investor how attractive a Hycool system is for that specific case.

Refrigeration capacity and EER calculator tool
This EER tool predicts the capacity and energy efficiency ratio (EER) of a Hycool chiller (in cascade layout, as the one installed at Bo de Debò factory) for a given industrial cooling process. The user of the tool is asked to give values for three variables:

The tool then provides estimated performance values based on statistical analysis of the results of experimental tests carried out in the CNR laboratories for the hybrid heat pump system consisting of an adsorption unit employing silica gel/water as the working pair and a compression chiller using R1270 as the refrigerant.