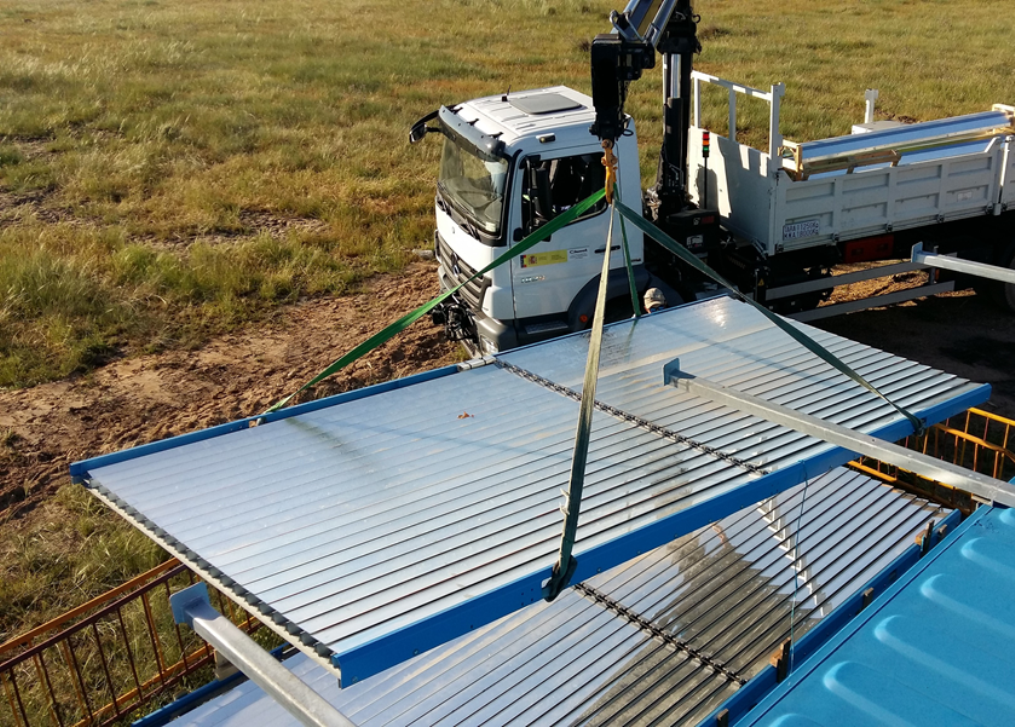 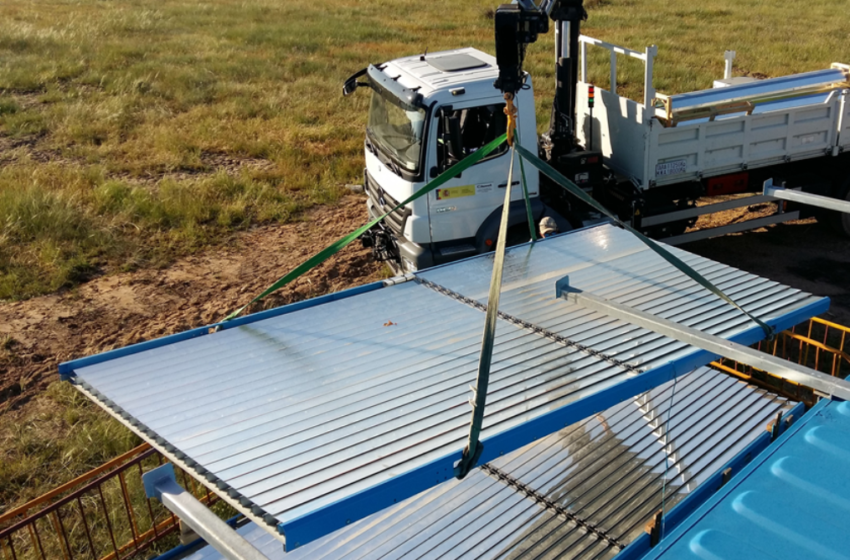 Ecotherm, an Austrian provider of steam and heat transfer solutions, is now offering concentrating solar systems based on the Linear Fresnel collector technology that it acquired from its former business partner Fresnex. The latter had to go into administration in August 2019 because it could no longer secure enough funding. Since 2013, Fresnex had been developing new concentrating collector units under the leadership of CEO Hartmut Schneider, with the aim of designing easy-to-transport and easy-to-install solar steam systems (see photo).  In 2016, it put up its first solar steam demonstration plant in a joint project with Ecotherm. While Fresnex delivered the 200 m2 solar field for this project, its partner company put up the steam unit and was in charge of integrating the entire system on site.
Photo: Ecotherm
The Ecotherm concept is unique in that its mirror fields are entirely prefabricated and that their precise alignment is checked during production. “We use flat, narrow mirrors to reduce the height of finished modules so we can fit up to 350 m2 of prefabricated mirror modules into a lorry,” said Schneider.
The on-site Fresnel solar field consists of a receiver and two 10 m2 mirror modules put up in parallel. These modules can be installed on a roof even without the use of a mounting system, Schneider said. Each module generates about 6 kW of peak power and heat at 100 °C to 250 °C. Adding more rows of collectors is possible and will increase total capacity. Thanks to its easy handling and fast installation, the new system is expected to bring down solar field costs to a significant degree.
Extensive search for investors failed
“Despite our extensive search for investors over the years, we did not succeed in securing additional funding,” Schneider said about the difficulties in establishing a financially healthy business, adding: “Completing only a few small projects was not nearly enough. We would have needed significantly more resources for opening up the market for solar steam and cooling in Spain.”

This 200 m2 solar field, in operation since 2016 on the roof of Ecotherm production hall in Austria, produces steam at up to 180 °C.
Photo: Ecotherm
“We see great potential, especially in Spain and in the Gulf region, for systems that combine Fresnex’ commercially viable collector technology with our steam solutions,” said Roland Schneemeyer, Sales and Export Manager at Ecotherm. “With help from Hartmut Schneider and Antoni Castells, formerly Head of Business Development in Spain at Fresnex, we are currently building a production plant near Barcelona. Once complete, it will provide several hundred square metres of collector area for the demonstration systems supported by the European Union’s HyCool project.” This announcement is in line with what Fresnex had in mind from the beginning: to prefabricate mirror fields locally in prospering markets.
One of the systems supported by HyCool, which was launched in May 2018 and is scheduled to run for three years, is an 800 m2 field of Fresnel collectors that will reportedly be put up at a factory of flavour and fragrance producer Givaudan near Barcelona and be used for direct steam generation in combination with a storage tank made of phase change material. Another system, a 400 m2 Fresnel field, will be installed together with an absorption chiller by German manufacturer Fahrenheit at Bo de Debò, a Spanish supplier of prepared meals, to provide cold water for food preservation.
Schneemeyer intends to use the opportunity offered by the two demonstration projects to promote cost-effective and emission-free industrial heat solutions more actively across Spain: “Ecotherm can provide turnkey solar steam solutions from a single source. We are now experts in steam production solutions as well as collector manufacturing, which is quite a unique combination.” The company also has a well-established sales network around the globe and a particularly strong presence in countries such as the United Arab Emirates, Kuwait and Oman, where it has already installed several large solar heat systems over the last 15 years.
Organisations mentioned in this article:
https://www.ecotherm.com/de/Home