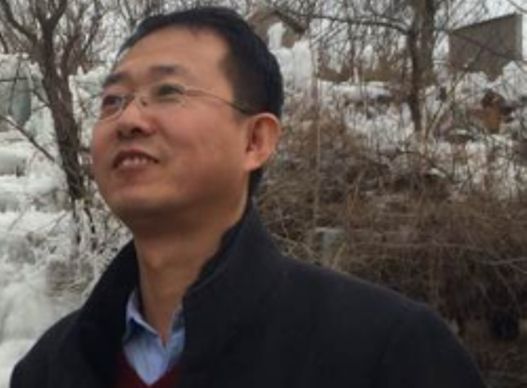 Hongzhi Cheng is one of the most experienced solar thermal market researchers in China. Cheng is Deputy Secretary-General at the China Solar Thermal Industry Federation (CSTIF) based in Beijing and head of The Sun’s Vision located in Dezhou, Shandong province. He can look back at almost 20 years of solar thermal experiences – first by working in the industry and since 2006, by research with his own company, The Sun’s Vision. Solarthermalworld.org spoke with him about the big transition on the Chinese solar thermal market.
Photo: private

Solarthermalworld.org: From 63.6 million m² (44.5 GWth) in 2013 to 52.4 million m² (36.7 GWth) in 2014, total market volume decreased by 18 %. What do you think is the reason for it?
Cheng: I think the market has been mainly affected by the economic situation and the decline in the real estate industry. An internal factor of the solar thermal industry is that there were more government subsidies several years ago, for example, the one with VAT-free residential systems for the countryside, which might have led to certain excess demand. In addition, the technology and the products of the solar thermal industry need to be upgraded to meet new market requests. Due to the limitation on coal use, for example, public and industrial enterprises have called for an increase in solar energy use.
Solarthermalworld.org: What do you think is the fastest-growing market segment in 2015?
Cheng: In 2015, the retail market in the residential sector has been on the decline again, whereas the segment of commercial projects in cities is growing rapidly. Solar heating and industrial process heat will increase a lot because of the changes in national policy which encourages large-scale renewable energy use, including solar thermal engineering systems. The technology in this field is becoming more and more mature. There have been many solar heating projects in Beijing, Hebei, Tianjin and other places. The technology of producing hot water and heat energy from complementary multi-energy systems (including solar energy, heat pump, gas and others) has shown significant development. We call it “triple supply”, i.e., to supply hot water, cooling and heating. Many dyeing plants and other factories have installed solar thermal systems; solar medium-temperature steaming technology shows great progress, and this will be an important segment for further growth in the solar thermal market.
Solarthermalworld.org: Can the significant increase in the urban project market offset the strong decrease in the residential retail sector?
Cheng: No, it can´t. In the first half of 2015, the volume of engineered solar thermal projects has reached 54.7 % of newly installed collector area, but the total volume of China’s solar thermal market has declined by another 10 % compared to the first six months of 2014.
Solarthermalworld.org: Did some major brands stop production because of the strong decline on the market?
Cheng: No! All big and medium brand manufacturers remain active on the market, except for some small companies which have stopped production or switched to other industries. Additionally, the two state-owned collector manufacturers, Tsinghua Solar in Beijing and Sangle in Shandong, have had an effective restructuring process. Last year, Sangle was sold to a private business, the Tongya Group in Shandong province, and Tsinghua merged with another private company from Beijing.
Solarthermalworld.org: Will the export activities of the Chinese solar thermal industry increase because of weak national demand?
Cheng: There have been no big changes, because total export figures of solar thermal products are low compared to the domestic market. Export to South Asia and Africa is doing well.
Solarthermalworld.org: Linuo New Material, in the past one of the larger glass tube and vacuum tube manufacturers in China, ended their production of raw glass tubing and vacuum tubes in 2014. Why did the company stop manufacturing and will this stop result in a supply shortage?
Cheng: Linuo New Material manufactured systems using machinery which was many years old and needed to be replaced. Traditional manufacturing is no longer adequate for the supply chain because of the development of new industrial solutions. There are still many professional manufacturers for raw glass tubing and vacuum tubes, and we have excess capacity rather than a shortage in supply. Linuo hasn´t been a very big market player in recent years. There is still such an overcapacity that there has been no significant direct profit increase for other companies after Linuo’s production stop.
Solarthermalworld.org: How will the Chinese market for flat plate collectors develop?
Cheng: The flat plate collect market has been growing over the past years. But the percentage of flat plate collectors is less than 10 % of total annual market volume, the opposite of the situation on European markets. Product quality, technology and production equipment have seen relative improvements.
Solarthermalworld.org: Are flat plate collector more popular on the project market?
Cheng: Yes, that is true. More and more flat plate collectors are being used in projects because of the technological progress and the increase in high-rise buildings. In my opinion, the number of flat plate collectors will grow, but will never surpass vacuum tube collectors, because vacuum tube is a kind of Chinese patent product with a long history and a bigger market share.
The interview was carried out by Bärbel Epp.
More information:
http://www.CSTIF.com&nbsp;
http://www.21tyn.com.