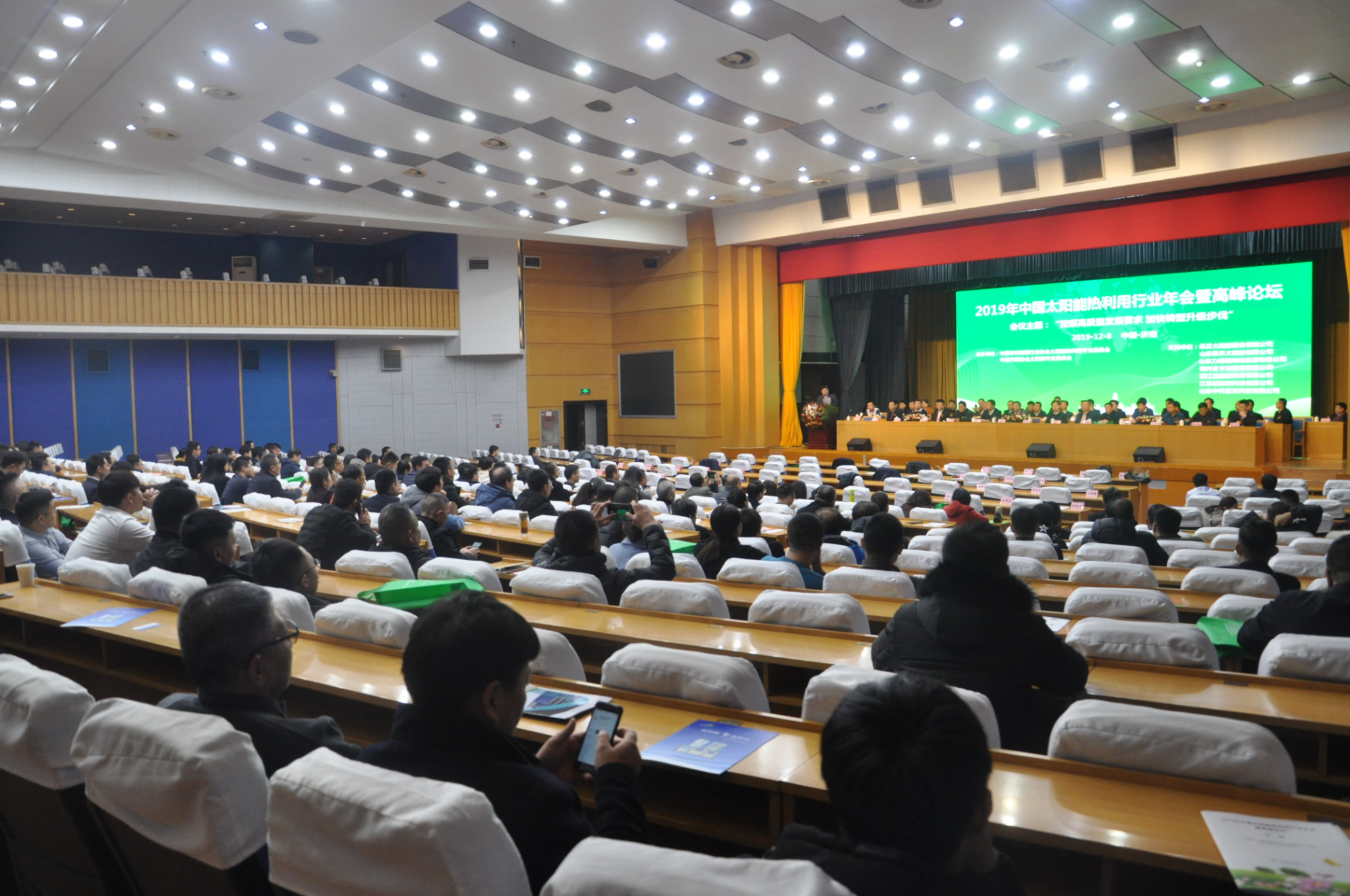 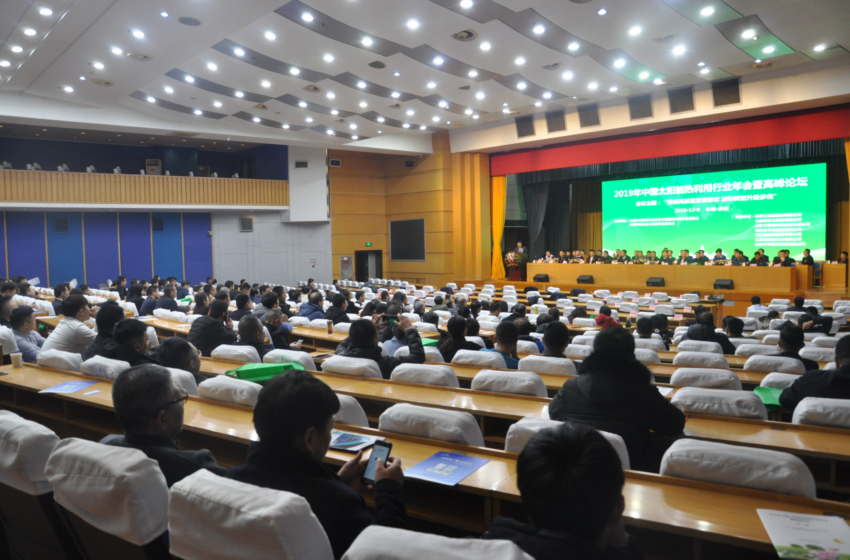 At the beginning of December 2019, the Chinese Solar Thermal Utilisation Specialisation Committee (CSTIF) held its annual conference, which gave attendees the opportunity to learn more about the latest trends in the solar thermal market. Xiaoli Zhang, Director of CSTIF, which is part of the China Rural Energy Industry Association, also known as CAREI, said that an estimated 32.5 million m2, or 22.75 GWth, was put up in the country last year. This added up to an 8.3 % drop compared to 2018, when 35.43 million m2 of collector area had been installed. It was the sixth consecutive year in which the market declined.
Images taken from news reports on http://www.cstif.com.cn
The trends visible in previous years continued in 2019, Zhang said during his speech. The market for small residential hot water systems continued to decline, contributing only about one-fourth (26 %) to the new collector area. By contrast, installations in high-rise residential buildings in urban areas were as popular as ever. This application is part of the engineering sector and made up 74 % of last year’s total (73 % in 2018).
Small progress was made in increasing the number of solar thermal systems used for space heating, as well as industrial and agricultural processes, as their share in the total remained rather small. Market statistics for January to June 2019 show that 2.7 % of the newly installed collector area of 14.7 million m2 (10.3 GWth) was used for those purposes. In absolute terms this corresponds to around 400,000 m2.
Increase in exports
For the first time in several years, the statistics compiled by the association included export figures as well. Zhang said during his presentation that 1.15 million m2 (805 MWth) of collector area was sold abroad between January and June 2019, 7 % of the total collector area produced in the first half of the year. Until now, the most recent data available from CSTIF covered 2010, when the share of exports in the total turnover of the industry was 2 %. The share has since tripled, and sales have also been higher in absolute terms. In 2010, a record-breaking year, 49 million m2 of collector area was installed across the country and 2 % amounted to 980,000 m2, whereas exports in 2019 could be as high as 2.3 million m2.

One of the keynote speakers at the assembly meeting was Lei Wang (see the photo above), Deputy Director of the Shandong Provincial Energy Bureau’s Science and Technology Department. He confirmed that for the eighth year in a row, Shandong was China’s number one province for collector production and installations. In December 2019, the province’s collector area topped 130 million m2. Therefore, the target of 140 million m2 set in the 13th Five-Year Plan for Solar Energy Development in Shandong is well within reach.
Shandong’s provincial government has implemented a number of long-term support policies, which Wang described in his speech. Since 2007, the province has helped install solar thermal systems at schools, hospitals and nursing homes. In all, 2,718 projects have been completed to date. Four years ago, the government launched Solar+, a support scheme to fund systems for space heating and solar process heat. And yet, most of the energy infrastructure across China is still coal-based, with Shandong being at the top of this list too. More than 400 million tonnes of coal are used to heat buildings in the province each year.
This article is based on two news reports about the association meeting:
https://www.cstif.com.cn/newsinfo/1970520.html
https://www.cstif.com.cn/newsinfo/1965426.html