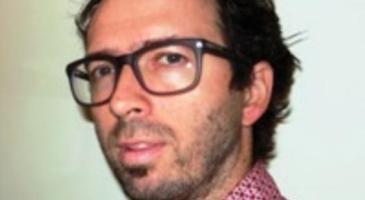 District heating networks supplied by renewable energy sources (RES) are widely recognised today as one of the most effective ways to decarbonise the heating sector. The EU’s CoolHeating project has been supporting the implementation of small, modular renewable heating and cooling grids for towns in southeastern Europe by transferring knowledge from leading countries such as Austria, Denmark and Germany to newcomers, for example, Bosnia-Herzegovina, Croatia, Macedonia, Serbia and Slovenia. It has also led to the publication of a handbook – Small modular renewable heating and cooling grids – available in seven languages (see the attached PDFs). Solarthermalworld.org talked to Rok Sunko (see photo) from one of the project partners, Skupina Fabrika about current developments and the outlook of RES district heating in Slovenia. The company is a Slovenian-based R&D business focusing on renewables, IT solutions and branding.

Photo: Skupina Fabrika
solarthermalworld.org: Slovenia has had few small RES-powered district heating networks in operation, all of them with biomass. What progress do you think will be made over the next 5 to 10 years?
Sunko: Sector development has been hampered over the last years by relatively low fossil fuel prices and a delay in enforcing the 2014 energy law (see the attached document), which created a three-year period with no subsidies for new district heating projects based on RES. Moreover, many heating systems were likely refurbished and are now powered by RES, making them less suitable for switching to DH. But these retrofits have brought about an optimised heat load, meaning that any potential DH network could connect to stable loads in the long term.
Additionally, the national subsidies have come back into the picture and the now enforced energy law offers simplified procedures for RES district heating. In the next 5 to 10 years, we can expect new RES DH projects which will be highly efficient in terms of both technology and economy, especially in small settlements with no connection to natural gas grids.
solarthermalworld.org: Do the national energy and climate plans have specific targets for (renewable) district heating?
Sunko: Because of the change in legislation that I’ve just mentioned, some targets have yet to be specified. However, the new law requires all distribution systems to meet demand based on 50 % RES, 50 % waste heat, 75 % CHP or 75 % through a combination of these sources. Furthermore, the National Renewable Energy Action Plan 2010-2020 (NREAP) has put forth ambitious targets, such as an obligation for a gradual increase in the district heating share in end user consumption and a call for a minimum of 80 % RES or combined heat and power in new district heating plants. It has also stipulated the aim of at least 20 % RES in existing fossil-fuel fired district heating by 2020 and the development of, at minimum, five RES-only municipalities by 2020 and 20 by 2030. Such ambitious targets have been met only to some extent thus far. For example, we have seen the construction of two district cooling systems with a total cooling power of 3.88 MW for the supply of industrial end customers.
solarthermalworld.org: How can RES-powered district heating benefit from the national subsidy scheme you mentioned?
Sunko: There’s a support scheme which is managed by the Ministry of Infrastructure and grants up to 55 % on RES DH projects. You can apply for a subsidy of up to 35 % of the investment costs if you are a large company, 45 % if you are medium size and 55 % if you fall into the category of small and micro. CHP projects will receive an additional 10 %. Details can be found at energetika-portal.si, a website set up by the ministry. The Slovenian Eco Fund is said to offer low-interest loans for investing into RES district heating by the end of the year.
solarthermalworld.org: What is your opinion on the role of solar thermal in small and medium district heating projects?
Sunko: Solar thermal provides enough flexibility to be easily combined with other technologies, particularly seasonal heat storage, and it can allow for a substantial reduction in other energy sources which may impact air quality. However, it requires 2.5 m² to install 1 m² of solar panel collectors, and more than that if seasonal storage is to be included.
solarthermalworld.org: Apart from space needs, what are the main barriers to the development of RES district heating?
Sunko: Another key barrier is relatively high investment costs. The low fossil fuel prices aren’t helping to overcome this obstacle, as consumers will always compare the cost of individual heating system versus the cost of a DH connection. Both barriers can be addressed by renewable energy policies, support schemes and spatial planning at national and local level. But each potential DH site has its own distinct features and its own obstacles that need to be tackled. Barriers to development could be addressed individually or systematically, for instance, by adapting heat plans or winning over people in the local community who will be very supportive of the project. Slovenian DH projects have historically developed in only large cities, while smaller neighbourhoods usually prefer stand-alone systems. A combination or even a shared DH project, for instance, in the form of a cooperative company, could allow us to meet this latest challenge.
solarthermalworld.org: In conclusion, do you see an opportunity in community-driven small district heating initiatives at local level, such as cooperative utilities or equity crowdfunding?
Sunko: Cooperatives as an ownership model and crowdfunding as a financing model have been evaluated and presented to target groups as part of the CoolHeating project in Slovenia and both have generated relevant interest.
However, Slovenians live in a mostly individualistic culture and aren’t usually fond of close collaborations. Just to give you an example from another sector: While shared ownership of agricultural machines is quite common in Austria, the “strojni krožek” cooperatives in Slovenia consist of just a few members, and farmers prefer to buy their own machines, even if that’s more expensive. Cooperative models have been implemented only among very homogenous groups, and it’s not a typical scenario in district heating.