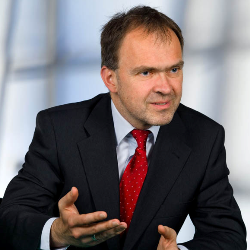 In the Austrian province Lower Austria, the cut of direct incentives has led to an almost total collapse of the market for solar thermal systems. The industry association Austria Solar estimates that instead of 6,000 systems as in 2010, only 1,700 new systems are going to be installed in Lower Austria this year. Even worse, the oil industry has set up its own incentive programme for oil heating.
Source: Foto Wilke

During the last two years, the solar thermal industry in Lower Austria has experienced several rapid turnarounds in the government’s subsidy scheme. In 2009, both province and federal government had introduced an economic stimulus package with an additional incentive for solar thermal systems: Customers were able to apply for a direct subsidy of up to EUR 5,000 when a solar thermal system was installed. The scheme had been limited to 2009 only. In 2010, the direct subsidy for solar thermal systems was again 30 % of the investment costs, with a maximum of EUR 2,200 – as it had been before 2009. The reduce in incentives decreased market volume by 12 percent, but Lower Austria was still the strongest province in terms of collector sales: every fourth collector in Austria was being installed here.

Unfortunately, the economic crisis did introduce both the stimulus package, as well as budget cuts: Lower Austria stopped direct incentives not only for solar thermal systems, but for biomass, heat pumps and PV systems, too.

Still, one indirect incentive remains: All Austrian states offer loans with low-interest rates to help build residential homes, the so-called Wohnbauförderung (roughly translated as subsidised housing). In most of the states, certain environmental and energy criteria are required to obtain this type of loan. For example, in Lower Austria, interest rates are cut in half if a house achieves the maximum energy efficiency standard. “The indirect incentive scheme has no effect on the purchase of solar thermal systems,” Roger Hackstock from Austria Solar remarks. “People don´t take loans for solar thermal, which means the scheme does not help to stimulate the market”.

Austria Solar has asked installers about their sales in 2011. In the first quarter, sales still went well, as a belated effect of the good conditions in 2010. But since summer – usually the best season for solar – many installers have not yet sold a single system. To again stimulate the solar thermal market in Lower Austria, Hackstock thinks a budget of at least EUR 8,000,000 is necessary for the current year – half of the budget which was spent on direct incentives for solar thermal systems in 2010, according to Lower Austria’s state government. “Alternatively, other measures could be taken: Making solar water heaters a mandatory requirement for subsidised housing or campaigning for solar thermal energy with the support of the government,“ Hackstock says.

What makes things even worse for renewables is the newly offered subsidising of oil heating installations by traders of mineral oil in Austria. Between 2009 and 2016, the traders agreed on a budget of EUR 12,000,000 per year to support installations of oil heating systems. The incentive a customer receives when replacing the old oil heating system with a new one is EUR 2,000. In the first half of 2011, 3,500 people have applied for the bonus all across Austria. Just a few years ago, the market for oil heating had been plunging: now, the industry-born incentive scheme has succeeded to revive it.