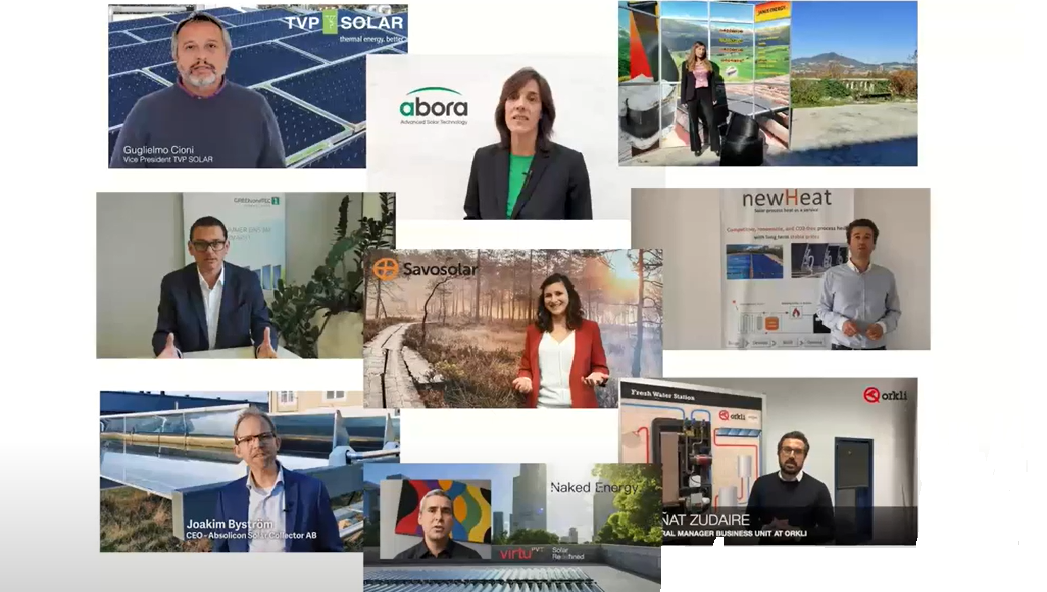 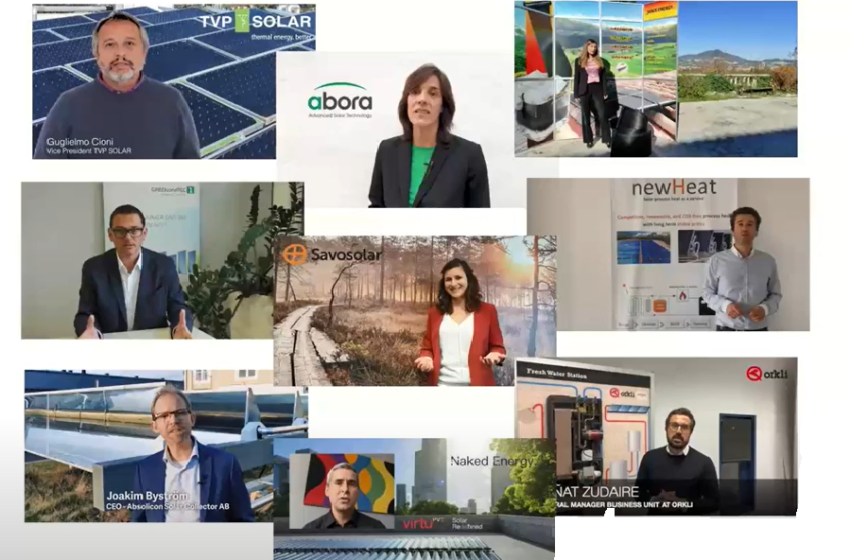 The #SolariseHeat initiative has helped Europe’s solar thermal associations push for better funding conditions, Edwige Porcheyre, Project Coordinator at French Enerplan, said at the Pushing #SolariseHeat Forward online workshop hosted by Solar Heat Europe in mid-November 2020. Enerplan’s efforts, plus the pledge that Solar Heat Europe drew up in July, proved enough to pressure France into launching the extended home renovation support scheme MaPrimeRénov last October instead of this January. The pledge was signed by more than 200 stakeholders from 28 European countries. Their aim is to build a community that can speak with one voice to provide greater visibility for solar thermal in the upper echelons of the EU. The screen shot depicts testimonials from supporters published at https://solariseheat.eu/.
Chart: Solar Heat Europe
In early 2020, MaPrimeRénov (MPR) began to replace the existing CITE household tax credits (le crédit d’impôt pour la transition énergétique) granted for deep energy retrofits of residential building stock. The credits were implemented in 2005 and have since been modified several times. The new MPR programme offers incentives to low-income households for installing a variety of energy-saving measures and technologies, such as solar hot water, solar space heating, heat pumps, PV-thermal, biomass boilers, and insulation. In 2020, MPR administrators received around 190,000 applications for all eligible technologies combined. By the end of September, they had distributed incentives to about 70,000 households. The budget for the entire year was EUR 575 million.
One aim of France’s green recovery plan adopted last summer was to have the MPR include more well-off households and new beneficiaries, such as landlords, starting in January 2021. But as Porcheyre said during her presentation, the plan would have felt like a moratorium, with homeowners halting renovation projects to submit applications for them post-January, to benefit from the new funding rules. “When we launched the pledge, we managed to get the scheme started early, on 1 October 2020, so the winter season could be put to good use,” she said at the SHE workshop.
The MPR budget for 2021 and 2022 is EUR 2 billion. The government hopes to see 400,000 to 500,000 applications in the next 12 months. It has yet to announce how long the scheme will last, although these sorts of programmes are reviewed annually to allocate their budgets for the following year.
Porcheyre underlined that MPR incentive amounts are tied to household income. There are four income groups, each marked in a different colour, with each colour standing for a specific incentive level covering all technologies and measures (see the attached PDF in French).
MaPrimeRénov support based on household income. The figures in brackets show Energy Efficiency Certificates revenues, which can be added onto the MPR incentive.
Source: MaPrimeRénov PDF, published 11 January 2021 (see pdf attached below)
Organisations and initiatives mentioned in this article:
Recording of online workshop Pushing #SolariseHeat Forward
https://www.youtube.com/watch?v=cWQeYgr7BoQ&feature=youtu.be&app=desktop
MaPrimeRénov: https://www.maprimerenov.gouv.fr/
Solar Heat Europe: http://solarheateurope.eu/
Solar Heat Europe pledge: https://solariseheat.eu/
Enerplan: https://www.enerplan.asso.fr/
https://solarthermalworld.org/wp-content/uploads/2021/01/maprimerenov_dp_janvier_2021.pdf