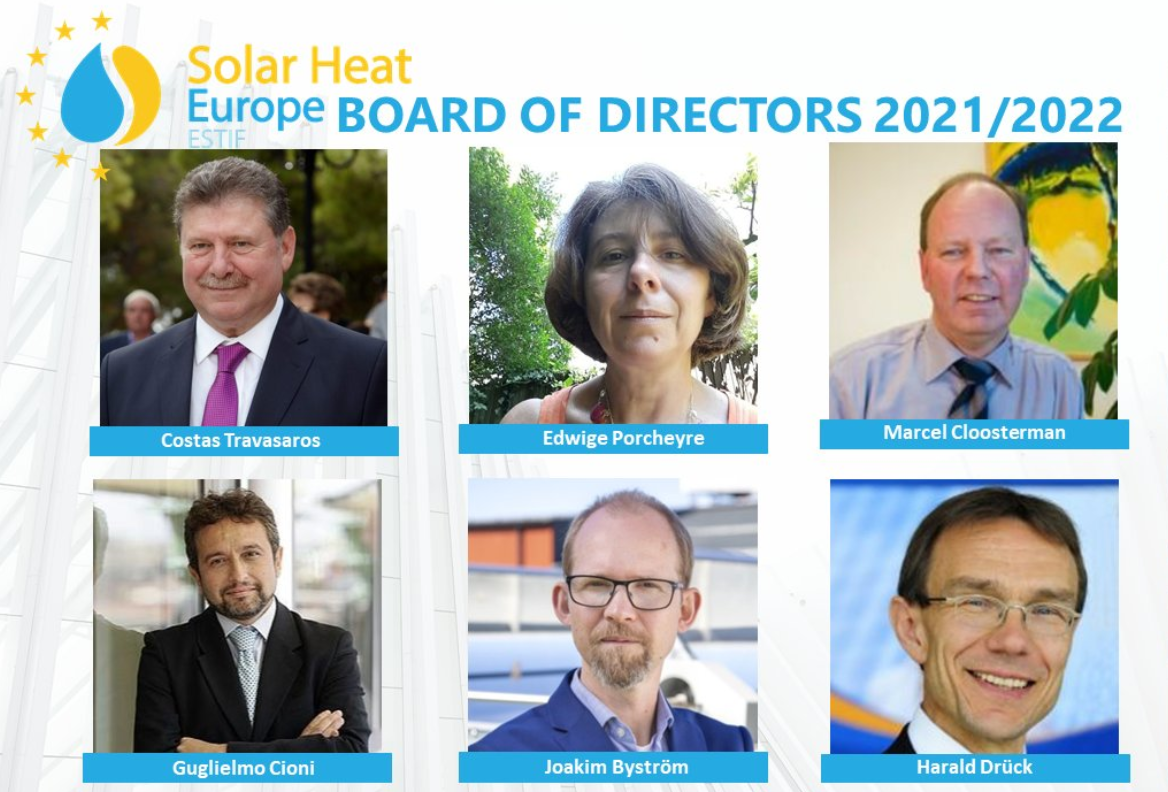 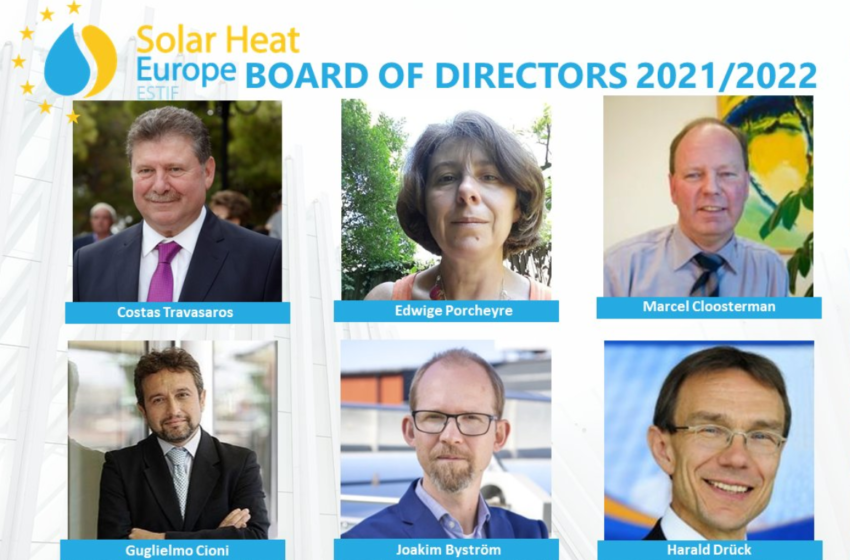 Over the next two years, Solar Heat Europe (SHE) will be represented by both new and re-elected board members. While Costas Travasaros, CEO of Greek-based Prime Laser, will continue to serve as president, the organisation’s general assembly, held on Friday, 4 December, also voted in fresh faces, making the new SHE board the most globally diverse to date. Among those who are now part of management are Edwige Porcheyre, of Enerplan, the French national association for solar energy professionals, Guglielmo Cioni, Vice President of Business Development at Swiss TVP Solar, and Joakim Byström, CEO of Swedish-based Absolicon. Solarthermalworld.org has since asked the new members what they aim to achieve during their two-year tenure.
Banner: Solar Heat Europe
“The relevance of our sector is often overshadowed by an exaggerated focus on electrification,” which means there is more interest in generating demand for electricity instead of decarbonising the energy system, Travasaros said in an SHE press release published on 7 December. He will be supported by two people that had already been board members between 2019 and 2020: Marcel Cloosterman, of Dutch association Holland Solar, and Harald Drück, who works at the German Institute for Building Energetics, Thermotechnology and Energy Storage, better known as IGTE.
Porcheyre also said that one of SHE’s key challenge will be the trend towards making heating solutions run on electricity and new regulations supporting that development. “We need to draw both politicians’ and project owners’ attention to the benefits solar thermal technology has for producing and storing heat. This would achieve a better market balance, so that different energy sources can really play to their strengths.”
Porcheyre also called for a level playing field with subsidised fossil fuel technology: “We should see to it that the solar thermal industry is compensated for subsidies granted to fossil fuel companies, in order to allow stable prices for clean, local, secure and reliable solutions.”
When asked about what he wants to see happening over the next two years, Cioni said that the board will work as a team just like the association does: “I would be happy if, in collaboration with my colleagues, I can help increase members’ participation and investment, so they join forces and draw more attention to our solutions.” He emphasised that large commercial solar heat systems could be used to exploit the huge untapped decarbonisation potential across the market at competitive prices: “These investments can completely and quickly be repaid with cheap energy, local supply chain, and jobs”, Cioni added.
Organisations mentioned in this article:
http://solarheateurope.eu
https://www.tvpsolar.com/
https://www.enerplan.asso.fr/
https://www.absolicon.com/
https://www.igte.uni-stuttgart.de/en/
https://hollandsolar.nl/english
http://primelasertech.gr/