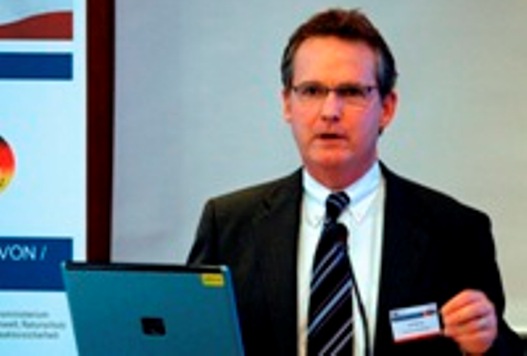 The discussions at the 2nd German-American Energy Days in Berlin this March dealt with the opportunities and challenges of the US solar thermal market: Ed Murray (Aztec) presented the insights he gained from studying its development.
Photo: AHK USA/dena

“The overall consensus is that installations in 2009 were flat or even slightly lower,” Ed Murray, President of California-based solar thermal system provider Aztec Solar, stated in his presentation. Besides the difficult economic and financial situation of the United States in 2009, the various speakers pointed to other difficulties, which might have been responsible for the slowdown of a market that still grew by 40% in 2008.

Apart from the still existing difficulties, there were also some good pieces of news to be announced on the conference, which have resulted in general optimism about how the market might develop in the coming years.