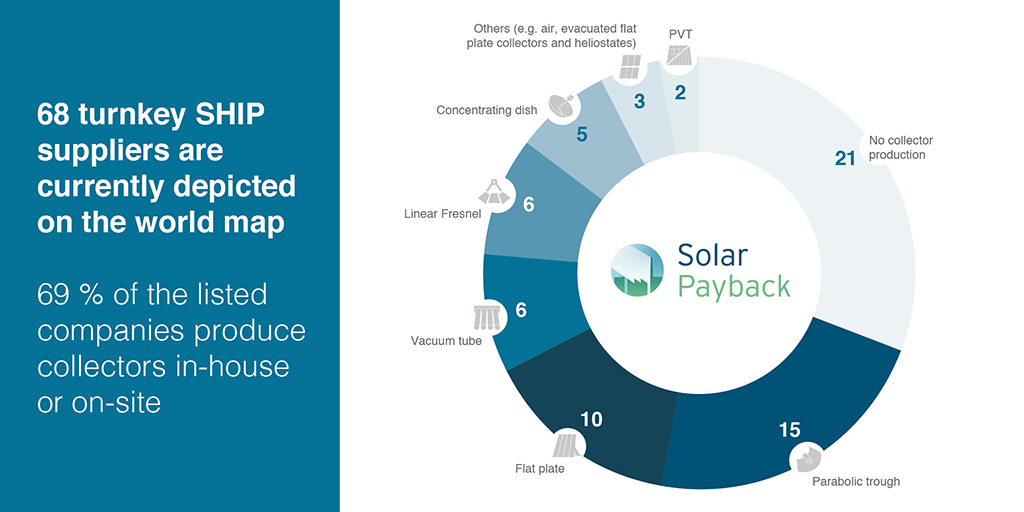 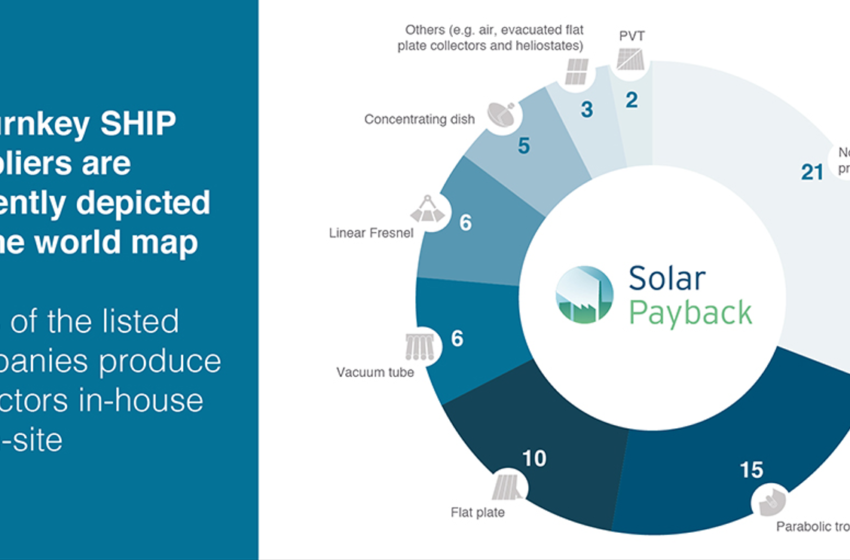 Serving heat-intensive manufacturers with zero-carbon solar heat is a tough business. The potential clients not only expect short payback periods, they are also usually not aware of the opportunities of solar industrial heat (SHIP) yet because of the small number of existing plants. This is the reason there has been a structural change in the SHIP supply industry represented on the SHIP Supplier World Map, which has been updated annually since 2017. A total of 13 companies were removed from the ranking after the survey carried out in March/April 2022, the majority of them because they have dropped SHIP solutions from their portfolio and now focus either on photovoltaics or offer solar heat solutions to other client groups. In contrast, there are eight new companies on the World Map, which illustrate the wide variety of solar thermal technologies suitable for SHIP solutions. The survey was supported by the German research project Modulus. You can find more results of the SHIP supplier survey in this previous news.
Source: SHIP Supplier World Map Survey March/April 2022

Solar Dynamics from Colorado, USA, offers parabolic trough collector fields, the Danish company Heliac specialises in glass lens collectors focusing on a point-shaped receiver behind them and the Spanish company TCT – Thermal Cooling Technology focuses the sunlight with three dish-formed mirrors on a fixed receiver directed towards the sun. The number of providers of concentrating solutions on the World Map has grown significantly over the years, up from 31 % in 2017 to currently 41 % of the total.
Photos: Solar Dynamics, Heliac and TCT

Dissatisfaction because of excessive development times

The number of commissioned SHIP projects in 2021 was again unsatisfactory for a large number of technology suppliers. Only 7 out of 48 companies that responded to this question in the survey were satisfied with the business development last year – only 15 %. Among the around 80 SHIP suppliers that were contacted for this year’s survey only 16 commissioned at least one SHIP project (20 %).

As reasons for the low implementation rate of projects, in addition to the pandemic the companies mentioned the following reasons depending on their location: 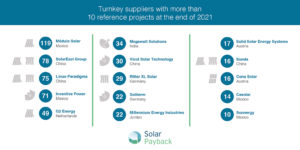 China, Mexico and India remained the key markets for SHIP turnkey system providers. The leading SHIP project developers came from Mexico – Modulo Solar and Inventive Power – as well as from China: Solareast Group and Linuo Paradigma. The Dutch company G2Energy is newly included in the ranking with 49 solar industrial heat plants commissioned between 2017 and 2021, mostly in the agricultural sector with a total of 23 MWth supported by the two subsidy schemes ISDE and SDE+. According to the G2Energy Sales Manager Frank van der Schaaf the company commissioned 15 solar heat systems with almost 200 m2 collector area each in 2021 for calf breeders who received funding from the ISDE programme.

The second new company among the ranking of the most experienced SHIP project developers is Cona Solar from Austria, which uses solar air collectors in Austria mainly in the field of biomass, hay and grain drying. The family-run business reported 16 systems commissioned in 2020 and 2021 with 1820 m² in total.

This year´s SHIP supplier survey was financed by the German research project Modulus, which stands for Modular Heat Transfer Station. It aims at developing a standardised, modular interface for so called balance of plant for the integration of solar heat into industrial process heat systems to bring down costs of solar heat solutions. The currently customary individual planning and production of balance of plants at the respective location increases costs and risks of errors. The three demonstration plants to be built by Modulus’s industry partners use different heat transfer fluids – air, steam and thermal oil. The German Aerospace Center (DLR) chairs the project which ends in March 2024.