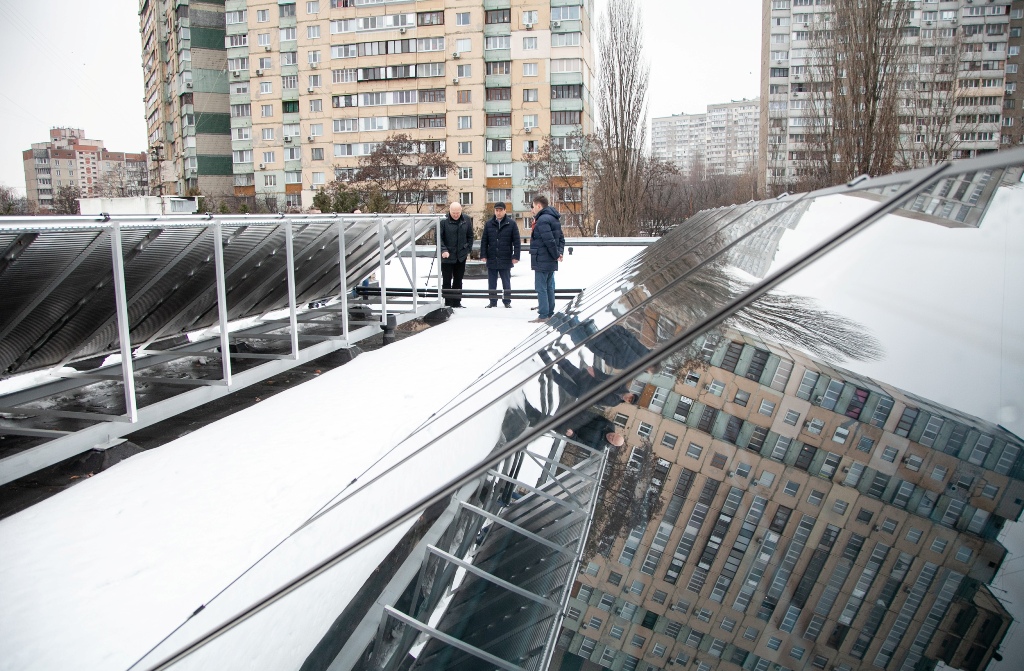 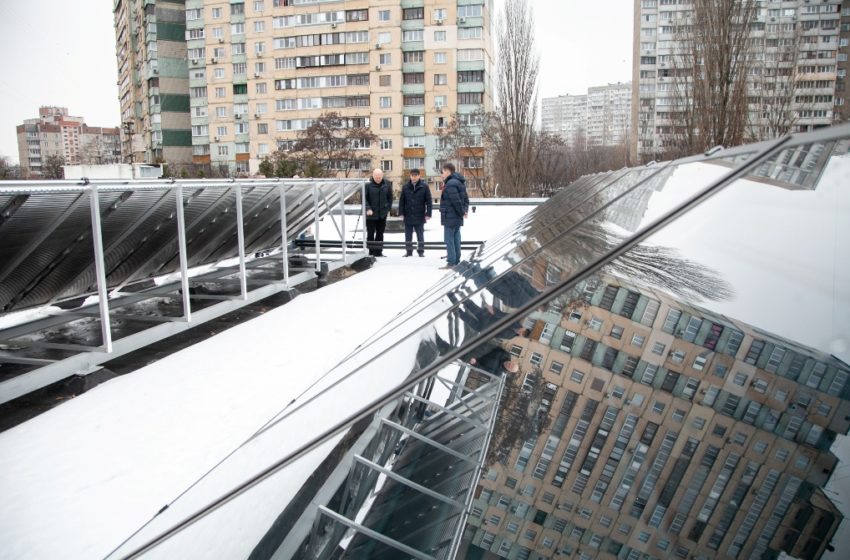 In mid-December, several websites reported about the installation of solar water heaters at four preschools in Ukraine’s capital of Kiev. The photo shows the 20-collector system on the roof of Playi, which is among the city´s most technically advanced nurseries.
Photo: budport.com.ua
On the Build Portal page for Kiev, budport.com.ua, Peter Panteleev, the deputy head of the Kiev City State Administration, was quoted as having said: “Our aim is to increase comfort and safety levels in buildings and use highly efficient energy-saving technologies to lower consumption.”
The local government said that in the past three years, 28 schools and nurseries had received a thermal upgrade. Not only had the walls of the Playi building been insulated, but the doors and windows of the structure had been replaced by more energy-efficient ones. The measures had reduced energy consumption by 45 % during the heating season, according to the news article at budport.com.ua.
Panteleev had also announced that the Kiev administration would spend a minimum of Ukrainian Hryvnia (UAH) 50 million (USD 1.8 million) on energy efficiency projects in the public sector in 2019.
Eugene Gerden, a Moscow-based freelance journalist specialising in renewable energies, contributed to this article.
News report on Build Portal: http://budport.com.ua/news/12112-stolichnye-detsady-oborudovali-solnechnymi-kollektorami-foto&nbsp;