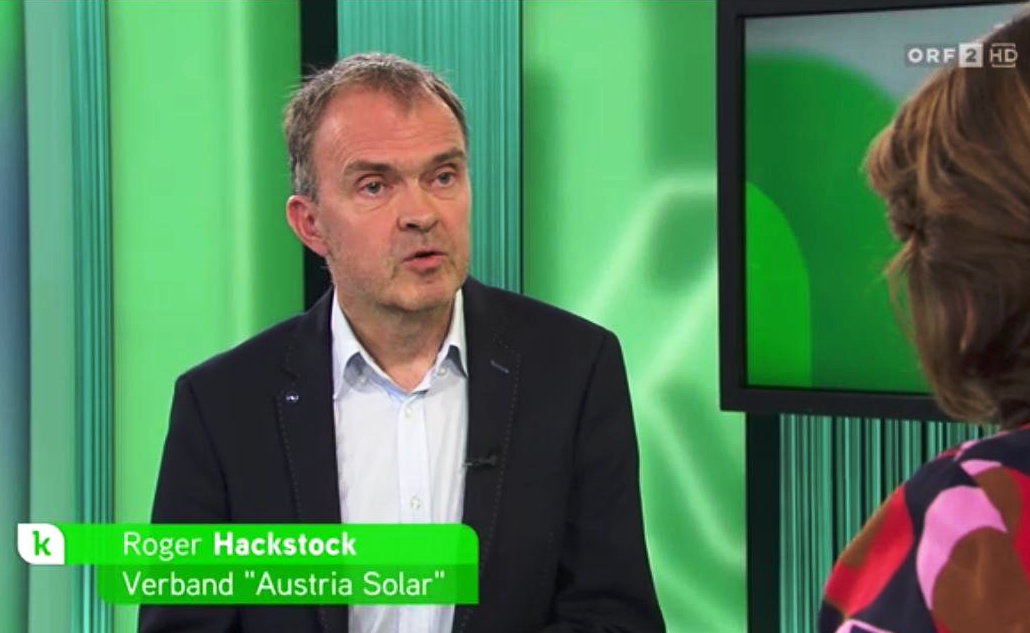 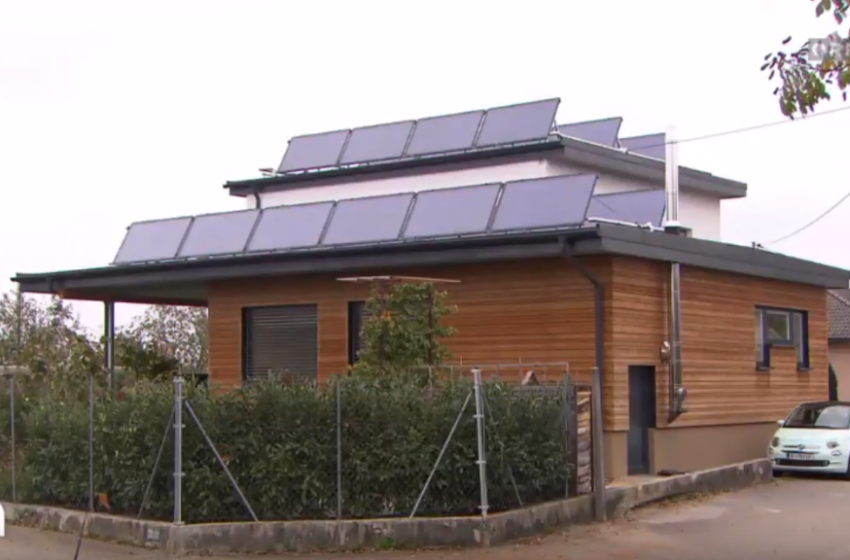 National association Austria Solar has managed to bring solar-heated houses into the mainstream. On 9 November, Austria Solar’s Managing Director Roger Hackstock was interviewed for konkret, a consumer programme on ORF 2, one of Austria’s public TV channels. His loud and clear message to owners of single-family houses: Thanks to the sun, you only need to pay EUR 90 for heating a year. The nine-minute interview was watched by 450,000 people.
Photo: Screenshot from broadcast
“We’ve been successful in making solar heat feature more prominently in the media without having to spend more money,” said Hackstock. “We have an appealing message: Heat your house by paying less than EUR 1 per square metre.” The TV episode also included a visit to one of the country’s solar homes, where sunlight is used not only for water and space heating but also for the dishwasher and the laundry machine, as well as a tepidarium in the bathroom.

The TV crew visited one of Austria’s 200 solar homes.
Photo: Screenshot from broadcast
Now is the time to step up marketing efforts, since the national support scheme for solar houses has just been extended to 28 February 2019. During his interview with konkret, Hackstock said that solar homes cost about 15 % more than conventional buildings. However, the Austrian Climate and Energy Fund paid up to EUR 12,000 to cover the cost of equipment, and homeowners could get an incentive of up to EUR 17,000 if they let their solar thermal system be monitored and made the data gathered during the first year available for research purposes.
Eligible for grants are owners of one- or two-family houses showing a minimum solar fraction of 70 % in total heat demand. The scheme supports newbuilds, existing houses and retrofits. Backup units for the solar thermal system can be wood heaters or heat pumps. Gas and oil boilers are not allowed.
Austria Solar also convinced the creators of IMMO Kurier – a newspaper supplement that is published on Saturdays and has circulation of 218,000 copies – to run a feature on “Häuser, die Sonne tanken”, which roughly translates as Houses That Soak Up the Sun (see the attached document). The four-page article, which appeared in the 17 November issue, includes stories on solar homes and quote architects and satisfied homeowners.
“It seems as if these two media reports have already sparked further interest in the opportunities of solar energy use in buildings,” said Hackstock. In early December, the Wohnwelt magazine published by Raiffeisen Bausparkasse, an Austrian bank specialising in mortgages, featured an article about the solar home of an Austrian family who had paid 20 % more for building the house but would be nearly independent of price fluctuations for the next 20 years. The magazine is distributed among Raiffeisen bank’s 850,000 customers.
Interview on ORF 2:
https://www.youtube.com/watch?v=KqvhL18sQZY
More information:
https://www.solarwaerme.at (in German)
https://solarthermalworld.org/wp-content/uploads/2018/12/immo_kurier_17nov2018_003.pdf