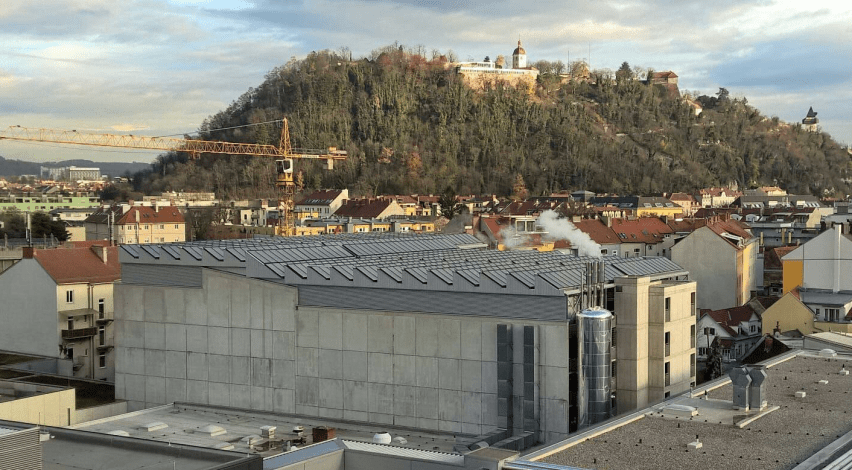 Solar thermal cooling remained a niche market in Europe in 2019, as air conditioning based on heat pumps and PV generators got all the attention. Nevertheless, there were a handful of solar system integrators which defied the odds and installed several systems last year. A survey of cooling system integrators based in Europe showed that they used a wide variety of approaches when designing and selling solar thermal solutions. Solarthermalworld.org talked to Fahrenheit (Germany), Solid Solar Energy Systems (Austria) and Solarinvent and Maya (Italy) to learn more about the market.
Photo: Solid Solar Energy Systems
Last year was a good year for Fahrenheit. “After we implemented some initial projects in, for example, the MENA region, we were able to contract seven solar thermal cooling projects in 2019,” said Bashir Kanawati, Sales Engineer at Fahrenheit. Two smaller systems were put up in Europe during that time. One of the two, a 16 kWcool unit combined with a 50 m2 field of vacuum tube collectors, cools an office building in the Netherlands. The other, a 10 kWcool unit with 15 m2 flat plate collectors, was installed at a residential building in Germany. Five more are being built in Australia, Dubai, Morocco, India and Pakistan. Over the last few years, Kanawati said, customers often requested small systems with 10 to 20 kW of cooling capacity. But lately, several clients have asked for larger installations of up to 200 kW, projects that are now underway.
No self-sustaining market in Italy despite high incentives
Even though buyers of solar thermal cooling systems can receive investment grants under the Italian scheme Conto Termico 2.0, Maya was not satisfied with how sales grew in 2019. This joint venture with Japanese-based Yazaki installed only one solar air-conditioning system with 105 kW of cooling capacity at a hospital in 2019. “There is not really a market to speak of. It is rather about single, non-related deals,” said Michele Colaiemma, Communications Manager at Maya. “Even if the Italian grant programme is now more attractive than ever, it generates no real demand and we do not expect this to change much.” The lack of customer enquiries is due to the fact that solar thermal cooling systems are mostly not as cost-effective as gas-fired heat pumps and electric compression chillers, which are both well-established air conditioning technologies.
Solarinvent, the second chiller manufacturer operating in the Italian market, confirmed that Conto Termico has not helped drive sales for solar thermal cooling. “Basically, there is a large market out there for HVAC systems that combine our small chillers and heat pumps as well as solar thermal collectors in order to provide hot water, space heating and space cooling for energy-efficient buildings in hot and humid climates,” noted Pietro Finocchiaro, Managing Director of Solarinvent. In 2019, his company installed one 2.5 kWcool unit at an office building in Cyprus. It is used as a weather station, as part of a research project called Zero-Plus (see the photo below). 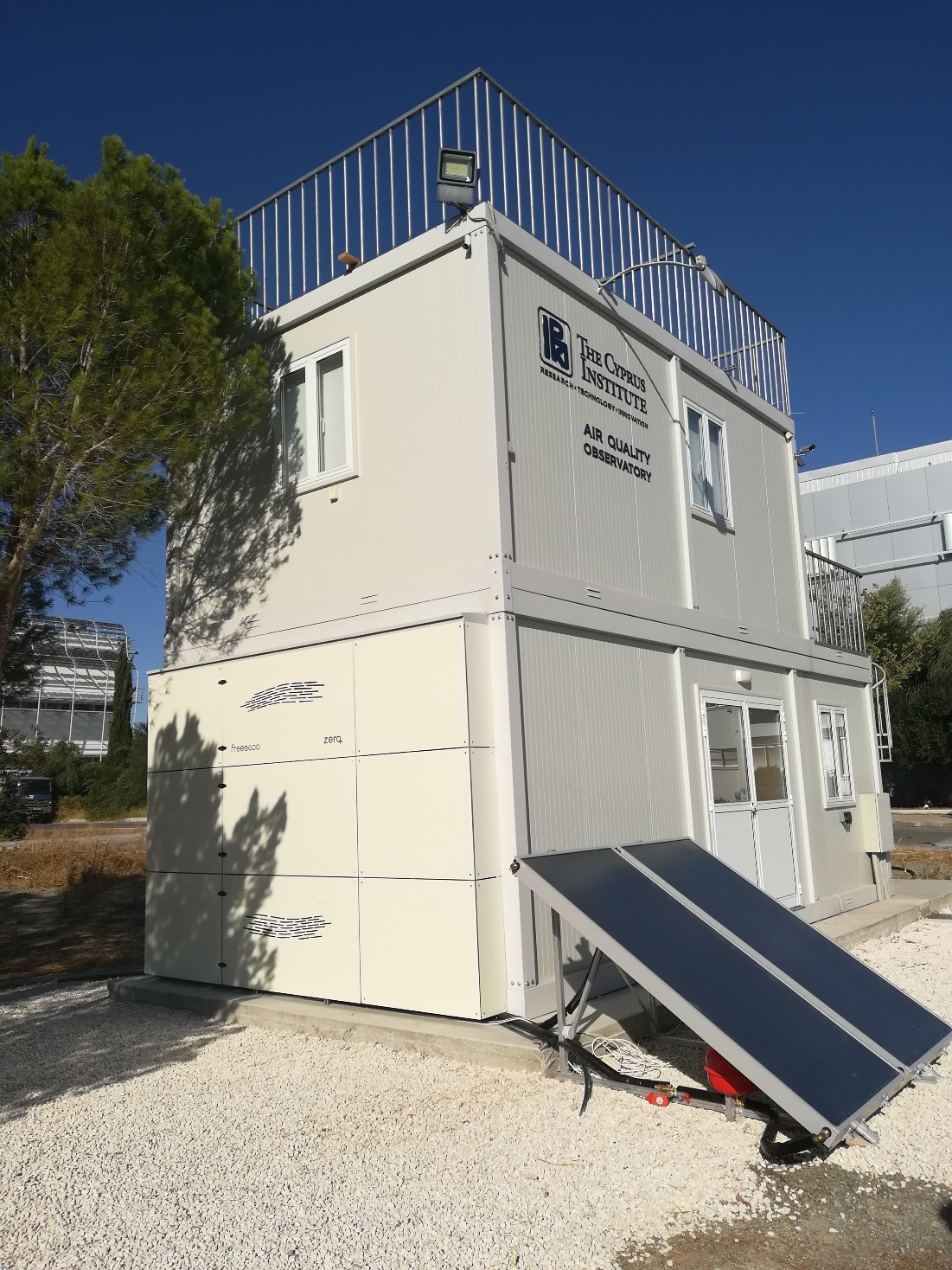 Zero-Plus in Cyprus. The building has been equipped with a solar-heated air conditioning system.
Photo: Solarinvent
Offering hybrid systems to produce solar and waste heat
Other sorption chiller manufacturers, like Energy Concepts (United States) and Shuangliang (China), told solarthermalworld.org that they increasingly used waste instead of solar heat to power their cooling machines in 2019, because of the lower investment costs associated with waste heat instead of a collector field field. By contrast, Austrian-based Solid created an integrated thermal cooling solution for AVL List, an engine manufacturer headquartered in Graz, Austria. Solid had already built a solar air-conditioning system for AVL in 2017, when it installed 1,584 m2 of flat plate collectors on the new roof of a multi-storey car park (see the photo at the top of this article), but AVL was intent on saving even more energy.
“AVL aimed to provide some basic redundancy for its two electric chillers in case of an emergency in power supply,” explained Christian Holter, Solid. "Hence, our absorption chiller runs on solar heat in summer and waste heat in the other seasons.” Heat from the additional collector area of 2,043 m2 will result in a higher solar share in process heat and space heating during the rest of the year. Solid’s design approach kills two birds with one stone, since its system will not only generate high energy savings but also offer redundant capabilities at the cooling end. The additional solar field will be installed on two flat factory roofs next to AVL’s car park. Commissioning is planned for the second half of 2020.
Organisations mentioned in this article:
https://www.solid.at/
http://www.freescoo.com/solarinvent/
https://www.yazaki-group.com/global
https://fahrenheit.cool/en
https://maya-airconditioning.com/
News
Solar Cooling
Italy
Austria
Germany
Australia
Dubai
Morocco
Pakistan
sorption chillers
European Copper Institute
Solid Energy Systems
Solarinvent
Maya
Fahrenheit