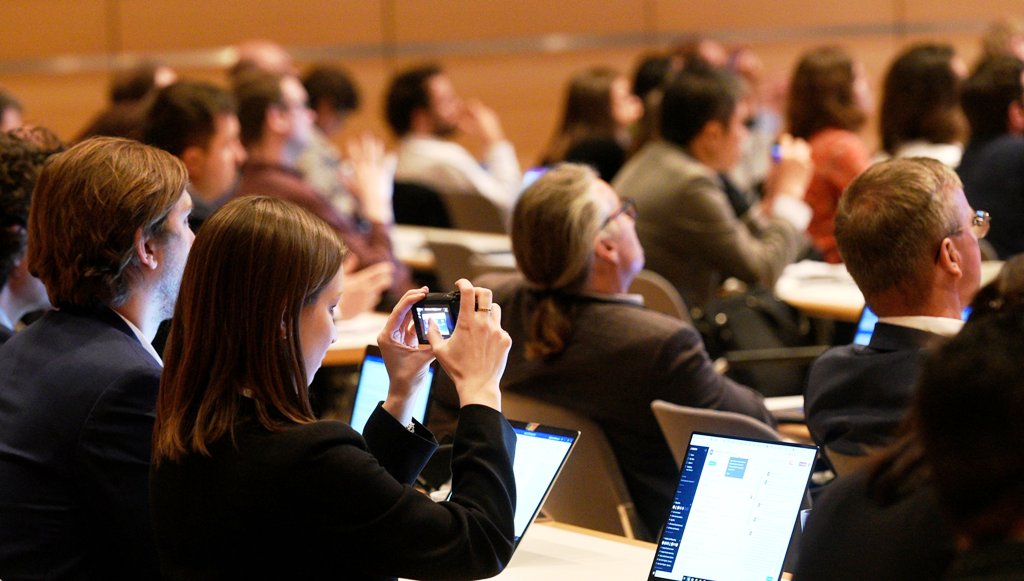 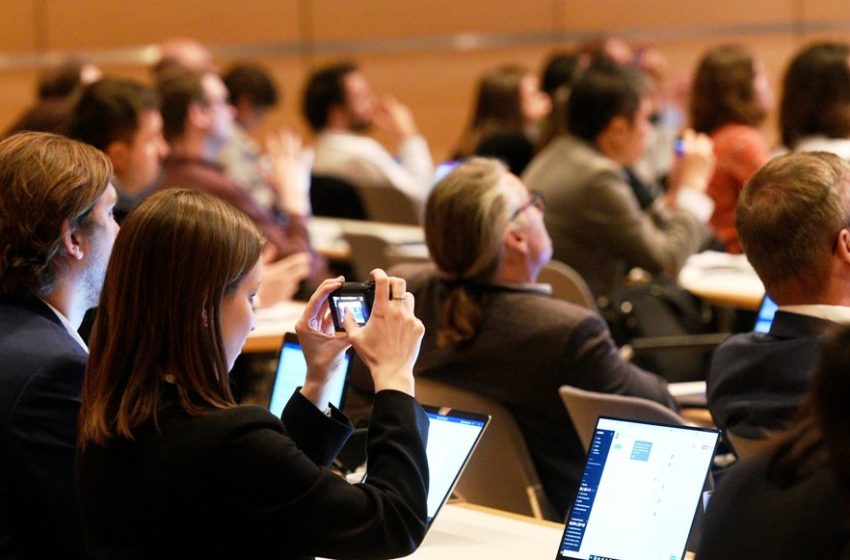 This year’s Intersolar Europe, which took place in Munich, featured a conference session titled Solar, the new cool? Among the speakers at this solar cooling event, held on 15 May, were Daniel Mugnier and Uli Jakob, former members of the IEA SHC research platform New Generation Solar Cooling & Heating Systems (2014-2018), who gave an update on the current situation in the market and spoke about prospects for growth.
Photo: Solar Promotion
Daniel Mugnier, who works at Tecsol in France, started the session by providing key facts and figures on the global solar cooling market. According to the IEA report The Future of Cooling, global demand for cooling is thought to increase threefold by 2050 because of growing residential construction in emerging markets, such as India and China, since 2016. In addition, space cooling is expected to account for 37 % of final electricity demand by 2050 globally.
And yet, only an estimated 1,500 solar thermal driven cooling systems were installed globally by the end of 2018, which means solar thermal cooling is no more than a niche market at this time. The complexity and high initial costs of the systems, especially the small ones, are preventing the technology from becoming cost-competitive with solutions powered by electricity. But since solar thermal cooling was a nascent industry, there was great potential for innovation, said Mugnier.
Market in 2018
Mugnier also talked about the decline in the number of businesses that make this type of solar thermal system because some market players no longer offer sorption cooling systems driven by solar thermal but rather focus on waste heat as the driving energy source. He pointed to a market survey conducted by German-based communications firm solrico in early 2019. It identified two small but active supplier groups that reported the installation of new solar thermal cooling systems last year:
Subsequently, Uli Jakob, General Manager of the Green Chiller association, presented the findings of a survey among his organisation’s manufacturing members. In 2018, they reported sales of 235 sorption chillers, with a combined cooling capacity of 77 MW, bringing the total to 1,871 units by the end of the year. According to the survey, 16 % of these 235 new units ran on solar heat (totalling at 38), while 51 % used waste heat from CHP plants, 19 % process heat and 14 % district heating. In addition, Jakob highlighted some positive market developments, for example, the falling price of solar cooling kits sold in Europe: In 2011, they were about half as expensive as they had been in 2007.
Market prospects
Several speakers also mentioned national initiatives to promote solar cooling. For example, the Chinese government had set a 2020 target to meet 2 % of cooling demand from buildings by solar thermal, said Mugnier and Jakob explained the current support scheme for solar thermal cooling kits in Germany. It offers incentives ranging from EUR 150 to EUR 200 for each m² of collector area up to 100 m² used for cooling. This additional funding scheme was started in January 2018 as part of the Market Rebate Programme, MAP.
According to Jakob, there is still much to catch up on when it comes to knowledge transfer from Europe and OECD countries to sun-rich regions. There are some global initiatives that could bridge the gap. One of them is Mission Innovation Innovation Challenge (MI IC) No. 7: Affordable Heating and Cooling of Buildings, a global project of 22 countries and the European Union, which aims to double investment in clean energy R&D within five years.
To complement MI IC No. 7, Jakob announced plans for a new task within the IEA SHC Programme. Titled Solar Cooling in the Sunbelt Regions, this research platform is to focus on innovation in solar cooling to create affordable, safe and reliable systems for regions across the world’s sunbelt. In partnership with MI IC No. 7, the members of the new task will concentrate on middle-sized to large solar thermal and PV cooling and air conditioning units with a capacity of between 10 kW and 1,000 kW.
This article was written by Lotus Shaheen, a German-based clean energy researcher with expertise in solar thermal quality certification and MENA markets.
Websites of organisations mentioned in this article:
IEA SHC Task 53: http://task53.iea-shc.org
Intersolar Europe: https://www.intersolar.de/en/home.html
Tecsol, France: http://www.tecsol.fr
Green Chiller Association for Sorption Cooling, Germany: http://www.greenchiller.de
Dr. Jakob energy research, Germany: http://www.drjakobenergyresearch.de/
Mission Innovation: http://mission-innovation.net/