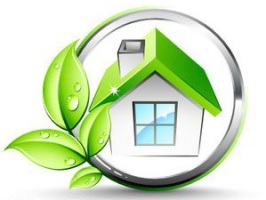 The 1 June 2011 saw the relaunch of the Romanian subsidy Programme ‘Casa Verde’. The programme, originally initiated in 2010, provides financial assistance for the installation of solar collectors, heat pumps or biomass heating systems in residential, governmental, public and religious buildings. The programme’s budget is financed by the National Environmental Fund in Romania (Administraţia Fondului pentru Mediu). In 2011, Romanian Leu (RON) 735 million – EUR 175 million – have been made available for it. The programme was restarted with the same conditions as in 2010.
Source: http://e-casaverde.ro/

2,000 submitted projects have already been funded since the programme’s launch in July 2010, according to ‘econet romania’ (an information, networking and marketing platform for the building, energy and environmental sector, coordinated by the German-Romanian Chamber of Industry and Commerce). This translates into RON 110 million (EUR 26 million) of financial assistance in 2010.

The programme was halted when the available money had been consumed. “The programme was successfully completed in 2010 and received positive feedback from the public and the industry,” Olimpiu Achim, CEO at Viessmann Romania, states. “This was one reason for relaunching the programme in 2011.”

The programme is aimed at both residential installations, as well as installations in the public and administrative sector. The residential part of the programme is targeted at the owners of detached houses and the co-owners of semi-detached houses. The amount of subsidy depends on the type of heating system and is
up to RON 6,000 (EUR 1,430) for solar collectors,
up to RON 8,000 (EUR 1,900) for heat pumps and
up to RON 6,000 (EUR 1,430) for biomass heating systems.

The grant covers the system’s costs, its installation and commissioning, as well as VAT. If an application has been approved, the applicant and the Environmental Fund Office (Administraţia Fondului pentru Mediu) enter into a financing agreement. The agreement is effective until the completion of the project, but no longer than 12 months after signing the contract. The grant has to be paid back if a project does not adhere to the agreed-upon conditions, or if systems are sold during project execution or within one year after completion.

Applications from the administrative and public sector are rated based on a point system. Among others, it takes 2,000 submitted projects have been funded since the programme’s launch in July 2010 the cost-benefit ratio of the project into account. For these projects, funds are not allocated in fixed amounts but percentages up to 90% of the project-related expenses. However, the amount is capped at RON 2 million (EUR 0.47 million).