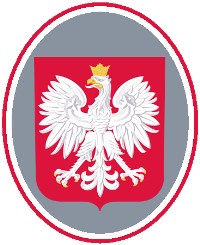 The draft of the Renewable Energy Sources Law from December 2011, which was supposed to give momentum to the solar thermal market in Poland, has drawn heavy criticism from industry officials and renewable energy organisations alike. Janusz Starościk, President of the Association of Manufacturers and Importers of Heating Appliances (SPIUG), states that, “passing the law in the current form will pose a serious threat to the solar thermal sector in Poland”.

The Ministry of Economy, which has prepared the draft, is proposing the implementation of a special support mechanism for small-scale renewable heat applications, including solar thermal collectors. The owners of appliances of up to 70 kW of solar thermal capacity (100 m2 of collector area) would enjoy special privileges, such as tax deductions and grants, provided that a certified plumber installs the system. However, SPIUG – which represents the interests of solar thermal collector producers and distributors – wants to raise the maximum capacity to 140 kWth (200 m2).

The association also considers the Ministry’s proposal regarding tax deductions for solar thermal buyers as being far from satisfactory. According to the draft, the individual or company who purchases the solar thermal system will be able to deduct a maximum of 25 % of the total investment cost from taxable income, but no more than PLN 10,000 (EUR 2,500). As most of the Polish population pays a 19 % tax, the owner of a solar thermal system would receive a maximum benefit of 19 % of PLN 2,500 (25 % of the maximum total investment), resulting in a gain of PLN 500 (EUR 120). This would correspond with a subsidy of 5 % of the investment – much too small according to the national associations.

SPIUG is proposing to raise maximum amounts to PLN 15,000 and 35 %, respectively. This critical view is shared by the Polish Economic Chamber of Renewable Energy (PECRE). But PECRE has a different solution. The chamber states on its website that money spent on solar thermal collectors could not be deducted from the taxable income, but from the taxes later. “This is the only solution that would support individuals to buy collectors,” PECRE claims. Individuals or companies investing in solar thermal would then get PLN 2,500 (EUR 606) back from the tax office.

SPIUG is also concerned about the regulations that did, in fact, not clearly stipulate which certificates were required by the solar installers. To allow tax deductions, a system must be installed by a certified plumber. But according to SPIUG, the proposed certification system lacks enough qualified examiners and excludes plumbers with a secondary education diploma from the certification process. In addition, PECRE criticises that the law stipulates obligatory certification, whereas PECRE wants to have it as a voluntary requirement.

SPIUG also holds the Ministry responsible for stipulating too low shares when it comes to using renewable energy in buildings. Retrofitted buildings must cover at least 13 % of their demand with renewable energy, whereas public buildings need to cover only 10 %. This, according to SPIUG, is definitely not enough. The organisation wants to raise the level for public buildings to 25 %. In case of renovations, the association is proposing to introduce an obligation that would require the installation of at least one renewable energy source.

SPIUG estimates that the new Renewable Energy Law, which was originally planned to come into force in July 2012, will not be passed this year: “According to informal sources, organisations and companies have sent around 2,000 negative comments on the draft to the Ministry of Economy. In my opinion, a corrected draft could be presented to the parliament in autumn at the earliest, which means it will not enter into force before 2013,” Starościk says.

This news was written by Marcin Czekanski, a Polish journalist specialised in renewable energies and based in Szczecin, Poland, (mczekanski@econaviga.eu).