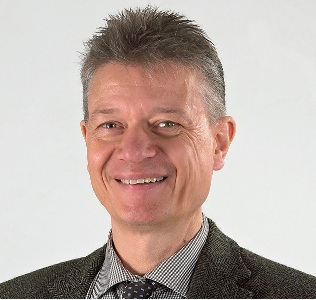 The Chinese Haier Group is a fairly young company, which has grown into a huge and still rapidly expanding corporation. Founded in 1984, Haier currently has 70,000 employees and achieved a turnover of USD 29.5 billion in 2013. For five years now, the group has headed the ranking of the largest household suppliers worldwide. In 2007, it started to manufacture solar collectors at its Chinese headquarters in Qingdao, Shandong Province, and has since offered solar thermal systems on the national, as well as the international market. The man who started the sale and distribution of Haier’s solar thermal products in Germany in 2011 was Albert Looschen. Since that time the energy consultant has managed the solar thermal activities of Haier Deutschland, and solarthermalworld.org spoke with him at the ISH fair in Frankfurt in March. Prior to Haier, Looschen had been working as an independent energy consultant for seven years.
Solarthermalworld.org: Why did you start at Haier?
Albert Looschen: Haier offered me good working conditions. Since I became part of the team of Haier Deutschland, I have remained absolutely independent. 2011 was a good starting point: The market cooled down and homeowners became increasingly cost-sensitive. This was our chance!
Solarthermalworld.org: Wholesalers are an important sales channel in Germany. What is your sales strategy?
Looschen: We address plumbers directly and offer them a wide variety of solar thermal systems. Wholesalers are not an attractive target group for us – they offer very little extra service, such as stock-keeping, but add their margins onto system prices.
Solarthermalworld.org: How about direct end-customer marketing?
Looschen: We have considered this option as well, but it does not seem as effective. You can find interested homeowners via direct marketing, but they will then turn to the plumber they know and who also tends to the heating system, and he might discourage the client to make the investment because he might not be familiar with solar technology. So, marketing efforts are down to zero again.
Solarthermalworld.org: We have not seen a lot of Chinese manufacturers selling successfully in Germany. What do you believe to be the reason for it?
Looschen: Germany is one of the most challenging markets in the household appliances and heating segment because the level of product reliability and after-sales service is very high. I think the philosophy of many Chinese companies to sell components per container does not fit at all to German mentality. I told Haier from the very beginning that they can only sell their collectors in Germany – the other components have to be purchased locally, for example, the tank, the hydraulic stations, etc. I also told them that we have to offer reliable after-sales service for end consumers. They immediately understood the intricacies of the German market because they had previously launched other product groups in Germany, such as washing machines, dish washers and refrigerators. Haier Deutschland has a team of 47 full-time employees in Bad Homburg, north of Frankfurt, and we have a country-wide field service for our clients.
Solarthermalworld.org: Solar thermal market volume has been declining since 2011. Is Haier losing patience because of low sales growth?
Looschen: Well, the solar sales team of Haier Deutschland still has kind of a newcomer status. Besides, we are very successful in gaining independent installers as clients, and we are growing at double-digit rates. But, yes, the installation sector has been a bit crazy for the last two years. They are so taken in by renovations of comfort bathrooms that they tend to push aside the rather extensive mounting work of roof collectors.
Solarthermalworld.org: The Haier Group is said to be strong in professional marketing and sales strategies. How do you benefit from that?
Looschen: For example, Haier’s management insisted on being part of the ISH 2013 two years ago. We had to accept a small booth outside, in the snow, because the fair was overbooked. To not be overlooked, we developed an extensive marketing campaign. Hostesses distributed decorative invitation cards to fair visitors in all corridors, promising them a useful tool case. We also awarded a flat plate screen every hour during the five-day exhibition. At the end of the fair, we had business cards of 4,000 installers, which has been a good starting point for sales activities over the last two years.
Solarthermalworld.org: You had a prototype of a collector panel on your booth, including a polymer absorber. When will this product be market-ready?
Looschen: This collector is indeed a prototype, but it is mainly intended for international markets, to produce hot water in areas with bad water quality. The design and technical features of the product do not meet German market requirements, so we will not launch it here in the near future.
The interview was conducted by Bärbel Epp.