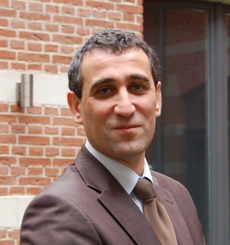 Xavier Noyon has been appointed Secretary General of the European Solar Thermal Industry Federation (ESTIF), effective from 1 November 2009. The French national brings with him a vast experience in working with associations at the European level. Photo: ESTIF

One of the objectives of Xavier Noyon in his new position as Secretary General of ESTIF is to shift the attention from renewable electricity to renewable heating and cooling. “I would like to further increase the visibility regarding EU institutions. ESTIF is the voice for solar thermal in Europe,” says Noyon.

The 41-year old not only earned French, English and German law degrees, but also a Master in European Affairs. After having been a sales manager for IT products in France and Ireland for six years, his passion for politics and the European process ultimately led him to Brussels. Since then, he has specialized in the representation and management of industry associations. He was general secretary of the European Perforators Association (EUROPERF) and the All Terrain Vehicle Industry European Association (ATVEA). Noyon succeeds Uwe Trenkner, who left ESTIF at the end of June, after having occupied the position of Secretary General for almost four years.

“We are delighted that Xavier joins our association as the new Secretary General. Having worked in a similar environment before, we expect him to further strengthen the position of our association,” ESTIF president Olivier Drücke commented the appointment.

When asked about the most important issue of the coming months, Noyon answered: “Liaising with the classical heating industry and other component manufacturers and reaching a common position on eco design and eco labeling”. And internally: “I would like to consolidate the basis of ESTIF, which has grown enormously over the last two years and, in the meantime, completely renewed its team.” The team consists of three members: Célia Galeotti (Marketing & Events Manager), Pedro Dias (Deputy Secretary General and in charge of the European Renewable Heating and Cooling Technology Platform) and Jeanne Douce (Office Administrator).

ESTIF unites more than 100 members from 19 countries under its roof and represents over 95 % of the companies offering solar thermal products on the European market.