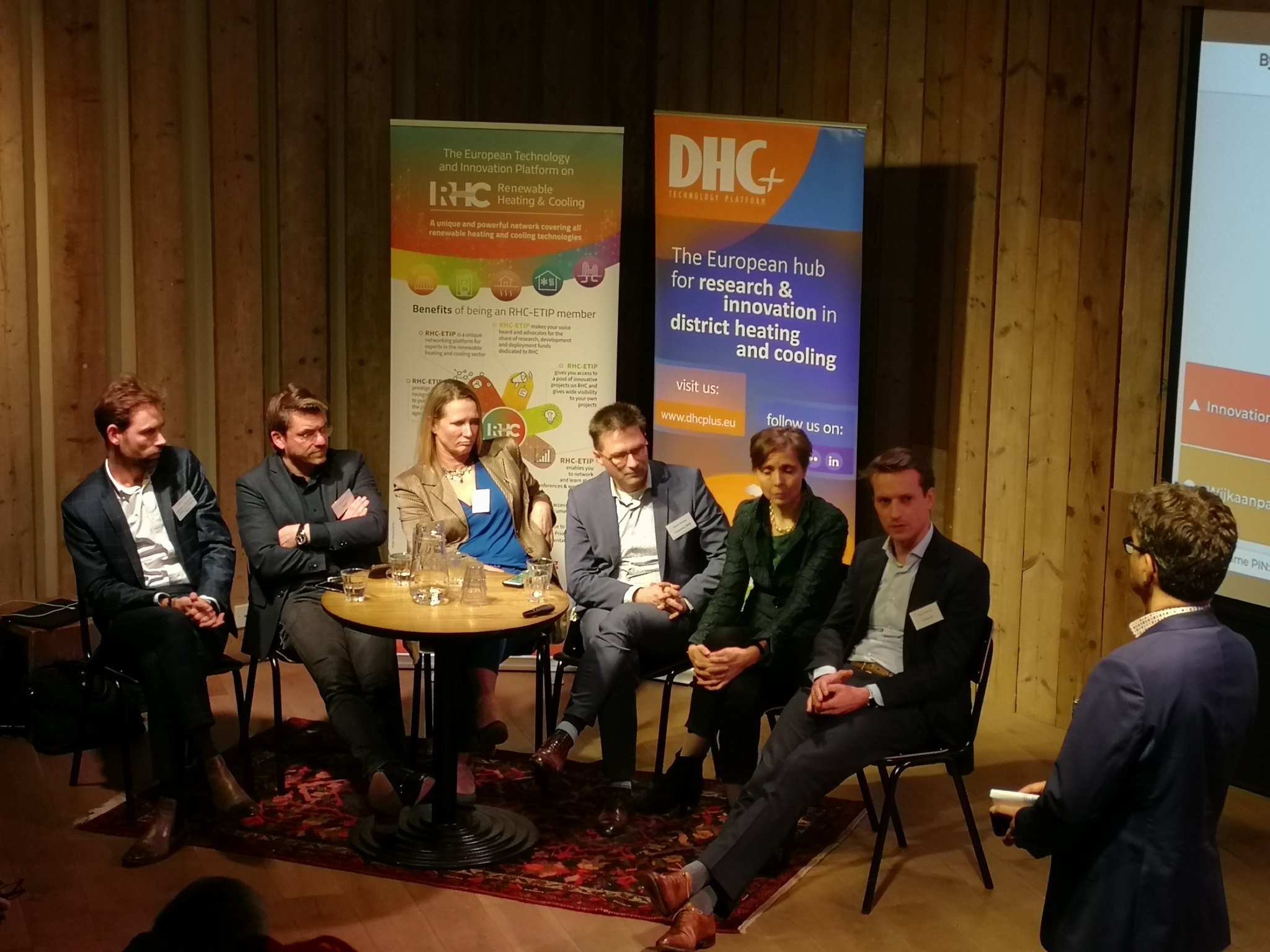 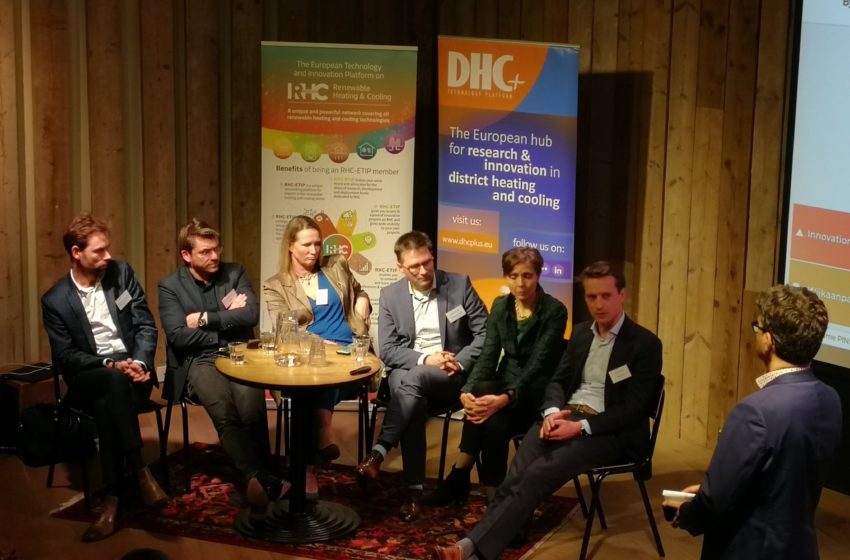 How can the Netherlands organise the transformation towards a renewable district heating sector and what role will monopoly suppliers play in this process? Finding answers to these questions was the aim of a workshop organised by the Energie-Nederland and Euroheat & Power trade associations. The event, held in The Hague in early December 2019, was attended by more than 50 policy makers, public administrators and heating specialists. They not only discussed the ambitious targets set in the Dutch climate agreement but also talked about the Dutch Heat Act, which is currently undergoing revision. The presentations from the workshop have been posted online and are available for download.
Photo: Energie-Nederland
During his presentations, Tjalling de Vries, Programme Manager – Heat at the Ministry of Economic Affairs and Climate Policy, summed up what important, legally binding targets for the building sector were included in the country’s Climate Agreement, also known as the Klimaatakkoord. The agreement has been signed by over 100 organisations, including government departments, NGOs and trade associations. The agreement aims are to…
District heating plays a key role in the Climate Agreement. Vries said that based on data for 2017, the number of buildings connected to district heating systems could nearly double by 2030 and grow from 420,000 to 750,000. By 2050, a total of 8.5 million buildings is expected to be carbon-neutral and the DH share in total heat supply could be between 15 % and 45 % at the end of that year.
The regulatory framework for district heating will need to be changed to meet the ambitious goals set in the Climate Agreement regarding carbon-neutral heat in buildings and to put up the required infrastructure. So far, the Heat Act has mostly been a consumer protection law containing rules on tariffs and security of supply. However, the act needs to be revised to a significant extent and the aim is to introduce this new bill, named Heat Act 2, in 2021, explained de Vries. This bill will again focus primarily on district heating systems in the built environment.

The municipalities determine catchment areas for district heating networks.
Source: Dutch Ministry of Economic Affairs and Climate Policy
Monopoly in heat supply
The government expects the country’s municipalities to take the lead in organising the decarbonisation of the built environment. The Climate Agreement stipulates that by the end of 2021, each municipality will need a policy for transforming the heating sector. Designated neighbourhoods, which have been selected for disconnection from the natural gas network prior to 2030, also need a plan that shows how they intend to move forward.
Municipal administrators specify a catchment area for a district heating network (DHN). They then assign a company that has the exclusive right and obligation to make an offer to each person owning a building in this area (see the image above). “The assigned heat supplier does not need to be a utility. It’s equally possible for a large construction firm to form a consortium with heat suppliers,” explained Wouter Verduyn, Programme Manager – Energy Transition at Energie-Nederland.
District heating tariffs are tied to the price for gas
The role of this monopoly in heat supply has caused a great deal of friction in the Netherlands over the past months. “In parliament, in the municipalities and in the media, there is quite a strong belief that monopoly heat suppliers have tariffs that are too high, and some people have been promoting the idea of setting up an independent heat network operator to minimise the risks,” said Verduyn, who co-moderated the afternoon panel at the December workshop. However, he emphasised that there is a strong regulator setting maximum prices for heat. Heat suppliers cannot exceed them, as they remain tied to the price for gas. This ensures that the comparatively small number of DH customers will not have to pay more than those using gas-fired boilers.
A letter published by the economy ministry on 20 December 2019, after the workshop, made it very clear where the government stands regarding Heat Act 2: A district heating system is so complex to manage and operate that these tasks should be left to utilities specialising in the technology. “As a result of the overall limited supply of local heat sources and the advantages of integrating them into existing systems, the chances of seeing a competitive, ‘open’ market for heat (sources) are slim. The benefits of separating supply and transport, as is done in the electricity and gas markets, would not outweigh the negative impact this separation could have on district heating systems. Hence, it  is important that heat is provided by vertically integrated entities and that sector-specific regulations guarantee reliability, affordability and sustainability. The entity, the district heating company, is thus solely responsible for the entire process chain, from production and distribution to delivery. Nevertheless, it can enter into contracts with third-party providers to outsource tasks along the value chain, e.g., in production or billing or when expanding the network.
Organisations mentioned in this article:
https://www.euroheat.org/
https://www.energie-nederland.nl/
https://www.government.nl/ministries/ministry-of-economic-affairs-and-climate-policy