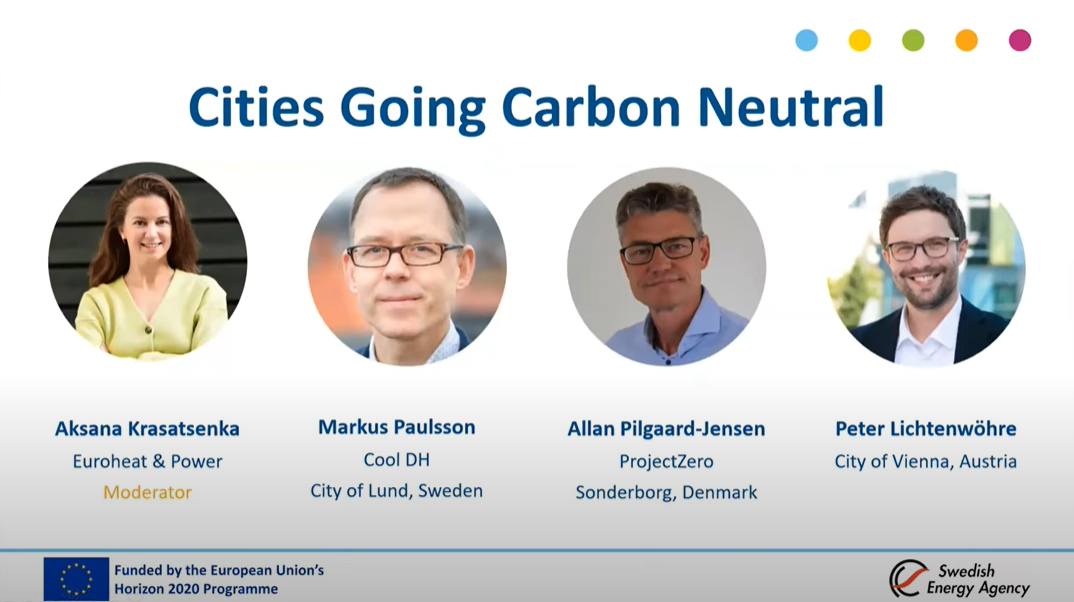 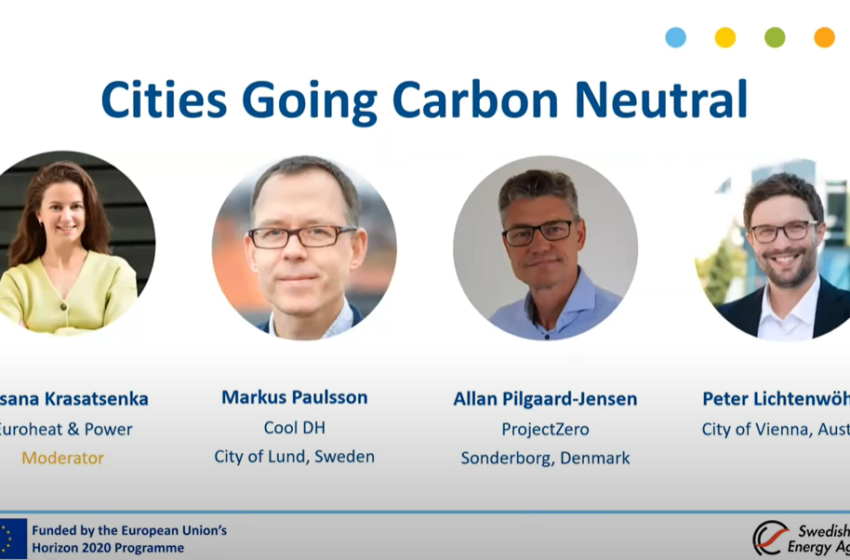 Waste heat and photovoltaics seem to be the preferred technologies for cities aiming to decarbonize their energy supply, rather than solar heat. This became clear during the webinar Cities Going Carbon Neutral at the end of February. During the presentations by energy experts from the Swedish city of Lund, Sonderborg in Denmark and the Austrian capital Vienna there was a lot of talk about waste heat, photovoltaics, geothermal energy and biogas, but the term solar thermal energy was only mentioned when asked about by the audience. Aksana Krasatsenka, Head of Knowledge Transfer at Euro Heat & Power, moderated the webinar, which was organised by the EU-funded Celsius initiative. Recordings of the presentations are available online: https://celsiuscity.eu/celsius-talk-cities-going-carbon-neutral/
Source: Figure is taken from the recording of the webinar

Heat from MAX IV is recovered and used in a low-temperature district heating network (65 °C, 10 bar) that supplies heat to low-energy buildings in the city of Lund, Netherlands. The heat distribution grid is partially built using plastic pipes.
Source: City of Lund

Science heats the city of Lund

Lund´s Energy Strategist Markus Paulsson presented the city’s low temperature district heat grid, which was inaugurated in autumn 2019 and ranks as the largest in the world. Last year it was awarded the Global District Energy Climate Award in the category New Scheme. The low-temperature grid mainly uses waste heat from the scientific MAX IV Laboratory in the newly built district of Brunnshög. That is why the motto of this exemplary sustainable urban development is “Science heats the city!”.

Asked whether solar thermal energy plays a role in this project, Paulsson explained that solar collectors were in fact installed in former project phases but he could not quote exact data on the number of installed systems or capacity. “Yes, it’s a significant part of our district heating today,” he said, “but if we could turn back time, we would not have chosen it, because it’s less efficient than using waste heat, which is more of a business model”. Furthermore, he pointed out that it is mainly in the summertime that there is the possibility to use solar thermal. “But that clashes, because you also have to use waste heat during the summer. That’s why I think that in the future solar thermal energy won’t play a big role in new installations,” Paulsson concluded.

For Vienna, the city’s Energy Planning Consultant Peter Lichtenwöhre explained its Decarbonization Concept Vienna Heating & Cooling 2040, which provides for central and local district heating networks and individual renewable heating sources such as heat pumps and biomass. Lichtenwöhre also spoke about the city’s climate road map, which was adopted by the City Council on 23 February 2022. It includes a photovoltaic offensive which allows Viennese citizens to install small PV plants more easily and without needing permission.

“Solar thermal energy is of course interesting for individual solutions,” Lichtenwöhre admitted, “but for the overall decarbonisation of the heating sector it is not so important for Vienna in terms of numbers. In Vienna, we are expanding photovoltaic installations, where we are pursuing the very ambitious goal of 800 MW by 2030. So we are more focused on photovoltaics than on solar thermal energy, especially since we also have central district heating”. 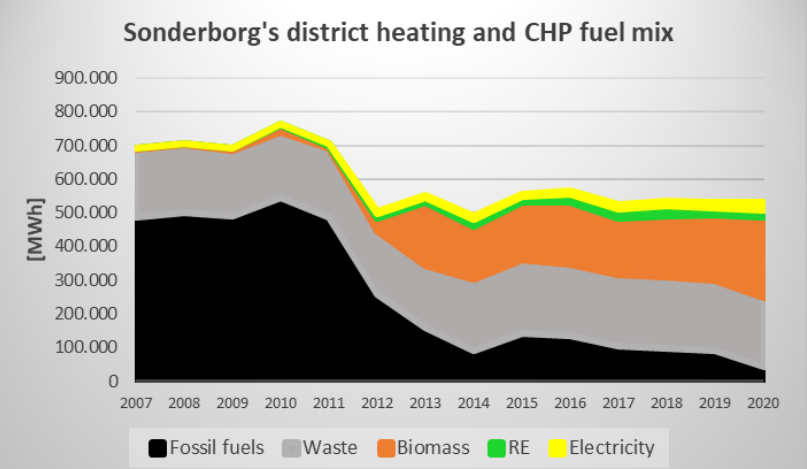 Mainly biomass has been used to decarbonize the district heating system of Sonderborg, Denmark, in the last 14 years. Source: ProjectZero

While it is well-known that solar heat is quite often integrated into Danish district heating networks, Allan Pilgaard-Jensen, Business Development Manager of ProjectZero in Sonderborg did not mention that solar thermal energy plays a role in this project. But in the 2029 Masterplan, which was drafted already in the year 2007 as a strategic document to enable the Danish city to reach carbon neutrality by the end of 2030, solar heating is mentioned as one renewable energy source among others to feed the municipal district heating network. In the past 15 years Sonderborg has already managed to reduce its CO2 emissions by 52 %. This was achieved not only with lowered consumption as a result of improved energy efficiency but also by strong utilisation of renewable energy sources like solar and geothermal heat, biomass, wind and photovoltaics.

Now waste heat from large industrial companies and replacement of natural gas with biogas are also important elements of the project as well as the production of synthetic biofuel through power-to-X, explained Pilgaard-Jensen. In June 2022 Sonderborg will host the 7th International Energy Efficiency Conference of the IEA to showcase innovative green technology solutions.