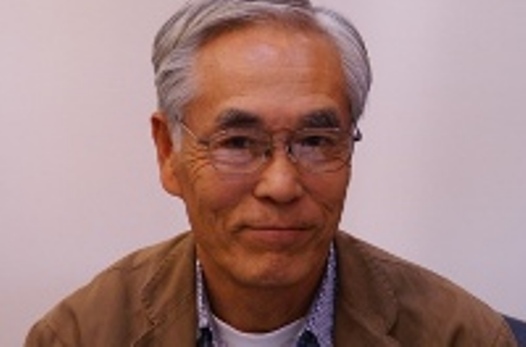 Second oldest collector manufacturer worldwide: the Japanese company Chiryu Heater which is run by Yasuo Okamoto. He told solarthermalworld.org the history of the company that his father Ei-ichi Okamoto founded in 1944.
Photo: Bärbel Epp

With Australia’s Solahart at the top of the list, Chiryu Heater from Japan is most likely the second oldest collector manufacturing company in the world that is still in business. The private and family-owned solar thermal firm from Japan has relentlessly produced collectors and tanks since 1957. The solar history of the Australians from Solahart goes back to the year 1953.

Solarthermalworld.org met Yasuo Okamoto, president of Chiryu Heater, at the Intersolar in Munich at the end of May and wanted to know more about the history of a company that his father Ei-ichi Okamoto founded in 1944. This is what he told us:

“My father founded the company during the war, to produce equipment for the military. After the war, he started developing and producing water pumps, since there was no well-developed, country-wide water distribution system. These electro pumps were used a lot by paddy farmers in the countryside. This was hard work at that time, because planting, weeding and harvesting was all done by hand. The farmers wanted to have a warm shower in the evening and heated up their water above open fire. They invented a simple method to ease their burden in the evening. They set up wooden, black-coloured boxes on the roof that they filled with water in the morning, pumped up by electrical Chiryu pumps. In the evening, they enjoyed warm water running down the pipe. This was the beginning of solar domestic hot water usage in Japan – invented by farmers.

The first generation of solar water heaters in Japan: “Bath with the sun” is the slogan on this advertisement from 1957. It is a flat storage tank covered with a transparent plastic casing.
Photo: Chiryu Heater

My father liked this idea a lot and improved the “black box” on the roof. After a few developments, he started selling thermo siphon systems in 1963, which was 46 years ago. The collectors in these early days consisted of big seam-welded steel tubes with a glass cover. I joined my father´s company in 1968, five years after I finished my studies of mechanical engineering at Nagoya University, Japan.

With the first oil crises, the solar thermal technology stepped into the spotlight and within two or three years, an enormous number of around 200 manufacturers of solar thermal systems emerged in the country. We were not so sure about the long-term prospects of this boom, and so we did not invest that much. And this was our luck, because the market dropped again rapidly and in 1987, it was back to the small quantities of collector area from the times before the oil crises.

Saving chore time, not energy: In 1962, the advertising says “Solar heat offers housewives holiday”. Women in these days were busy with cooking, washing, cleaning, getting the bath ready, as well as raising their many children. Solar water heaters therefore assisted wives in completing their housework. This type of collector was very popular in Japan in these times. The pipes in the case are, at the same time, storage tanks and collectors – made of PVC, PVC clad steel or sometimes FRP (Fibreglass Reinforced Polyester). The disadvantage was the high loss of heat at night and in winter times.
Photo: Chiryu Heater

Many very hard years followed. Most manufacturers abandoned their solar thermal business activities. There are still 8 major suppliers, which belong to the association SSDA. We started the “Solar floor heating and hot water systems” in 1990 and it has grown stadily and now makes up half of our sales. The solar thermal market just started picking up two years ago and there is now also a slight increase in the demand for larger systems. Since we already started manufacturing and installing forced pumped systems in the early eighties, we possess much experience with larger installations today.”

The first natural circulation system in Japan in 1963: Two press-formed stainless steel sheets with 0.3 mm are seam-welded together to form  a piping structure that lets water pass through it. This technology was a real exception in those days, when almost all Japanese solar water heaters were of the pipe storage type shown in the second picture of the story.
Photo: Chiryu Heater