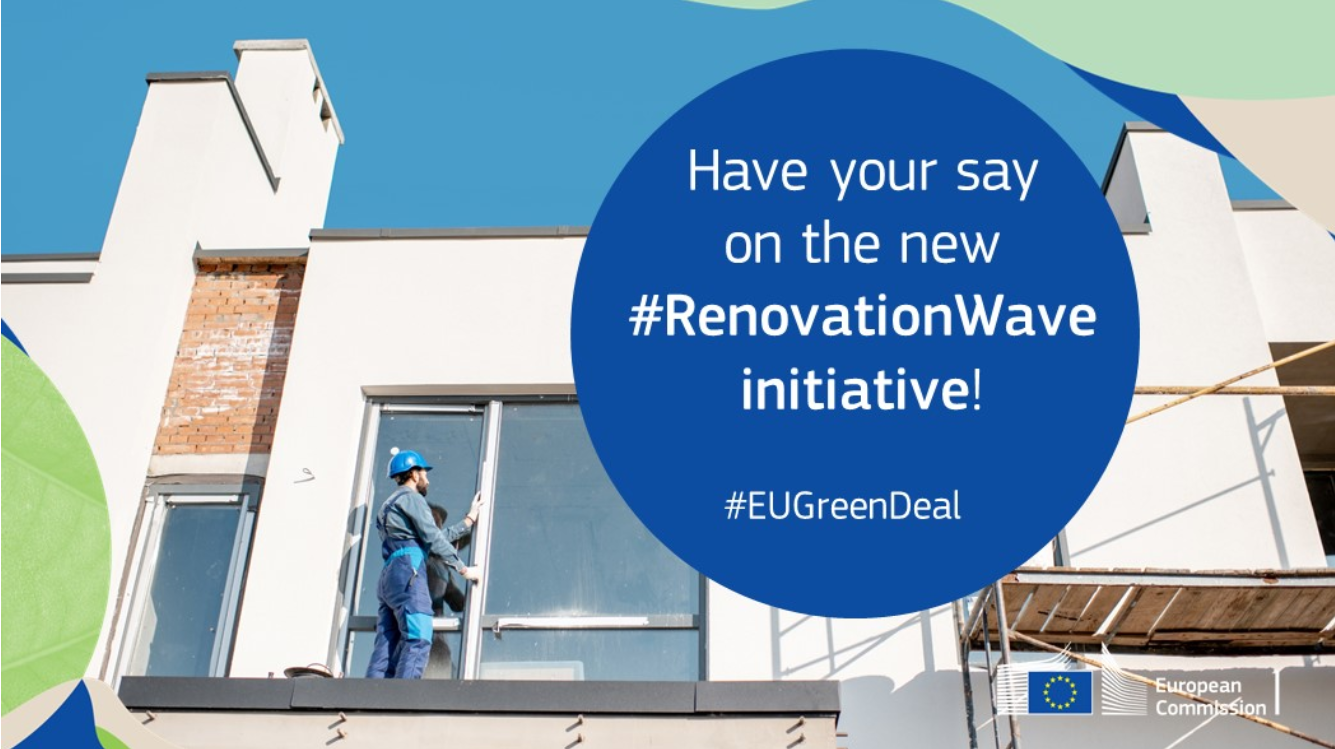 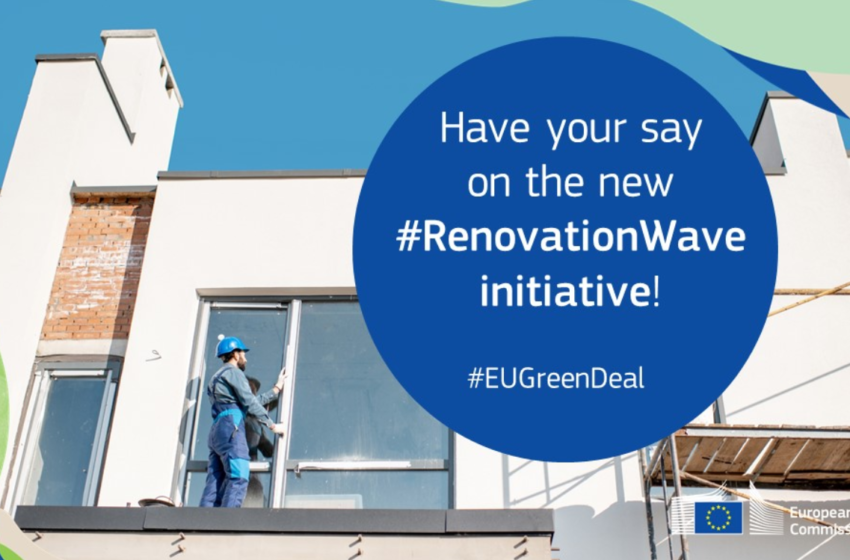 One area that requires immediate action, according to the European Commission’s Green Deal, is the renovation of the continent’s building stock. After all, the EU’s aim is to become climate neutral by 2050. Consequently, the commission has started public consultation on a new Renovation Wave initiative, for which a draft roadmap is expected to be finalised in the third quarter of 2020. The key target is to see at least twice as many buildings renovated as in the prior year, when the rate was about 1 % across the EU. The statements handed in by associations during the consultation period show how complex strategies for building renovation can be, considering these are to combine tried-and-true approaches such as district energy grids, local renovation plans, a circular economy, funding for deep energy retrofits, and carbon pricing.
The commission is well aware of the building sector’s key role in achieving carbon neutrality. In the four-page introduction to the Renovation Wave Initiative document, it writes that the building stock is Europe’s “largest energy consumer”, using 40 % of the total each year (see attached document). And it goes on to state that about “80 % of today’s buildings will still be in use in 2050, and 75 % of this stock is energy inefficient.”
Local renovation plans
Long-term observers of EU energy policy say public consultations have become very popular under the new commission, whereas best practice solutions are already well-known and have also been discussed in several reports in the last 20 years. “The commission knows that the best option is a regulatory limit on fossil fuel use, either by banning fossil-fired boilers or setting a carbon price that will make them more expensive,” noted Roger Hackstock, General Secretary of national industry association Austria Solar.
Similarly, German solar thermal industry association BSW Solar stated that “effective carbon pricing and implementing the polluter pays principle would lead to a much faster uptake and effective and efficient integration of different renewable energy technologies in the heating, cooling and building markets.”
Energy Cities, an alliance of cities that have begun the transition to clean sources of energy, suggests implementing local renovation plans to strategically link ‘quick-win’ and long-term renovation projects. This dovetails with what Euroheat & Power, also based in Brussels, has been calling for, i.e., a combination of renovation measures and district energy installations: “Renovating all buildings in one area at around the same time will make it much easier for operators to lower district network temperatures and switch from fossil fuels to sustainable energy sources.”
And Germany’s Heat & Power Association, AGFW, cites a study showing that one million euros of turnover generated by expanding the district heating and cooling grid will create between 7 and 9 jobs in a municipality.
Others have reminded the commission that there is an urgent need for additional incentives to promote the use of renewable technology locally, nationally and throughout the EU. The European Copper Institute (ECI) wants this financial support “linked to minimum mandatory requirements for increased energy performance of buildings.”
In total, 187 associations, businesses and individuals submitted statements during the initial consultation period. All of these can be downloaded here.
The EPBD’s role
In its statement, the ECI notes that the commission “has already sent a strong signal to the member states with its revised Energy Performance of Building Directive (EPBD) from July 2018.” This new EPBD requires that buildings which will be put up in 2021 or later (or, in the case of public buildings, for which construction commenced in 2019 or 2020) must be nearly zero energy buildings (NZEB).
According to EPBD Article 2, a nearly zero energy building is a building with extremely high energy performance. The nearly zero or very low energy amount that it requires needs to be met to a very significant extent by “renewable sources, including sources produced on-site or nearby.” Similarly, Article 4 requires that EU member states prepare long-term strategies “for mobilising investment in the renovation of the national building stock.”
The EPBD is a binding document and member countries must transpose all new components into national law. By contrast, the Renovation Wave initiative can provide recommendations only. The all-important question is now whether the EPBD can deliver on the new, and more ambitious, GHG emission target of at least a 50 % reduction, going towards 55 %, by 2030, as stipulated in the European Climate Law. The previous target was 40 %.
At present, the EU Commission experts do not really know how to answer that question. The Green Deal presented last December notes that the commission wants to vigorously enforce EPBD-related legislation, starting with a 2020 assessment of member states’ long-term renovation strategies. However, the four-page introduction about the Renovation Wave initiative does not mention closer monitoring of the EPBD. Instead, it says that substantial progress has already been made in recent years, mostly thanks to provisions of the EPBD.
Organisations mentioned in this article:
Energy Cities: https://energy-cities.eu/
BSW Solar: https://www.solarwirtschaft.de/en/home/
Austria Solar: https://www.solarwaerme.at/
Euroheat & Power: https://www.euroheat.org/
https://solarthermalworld.org/wp-content/uploads/2020/08/introduction_of_renovation_wave_may_2020.pdf