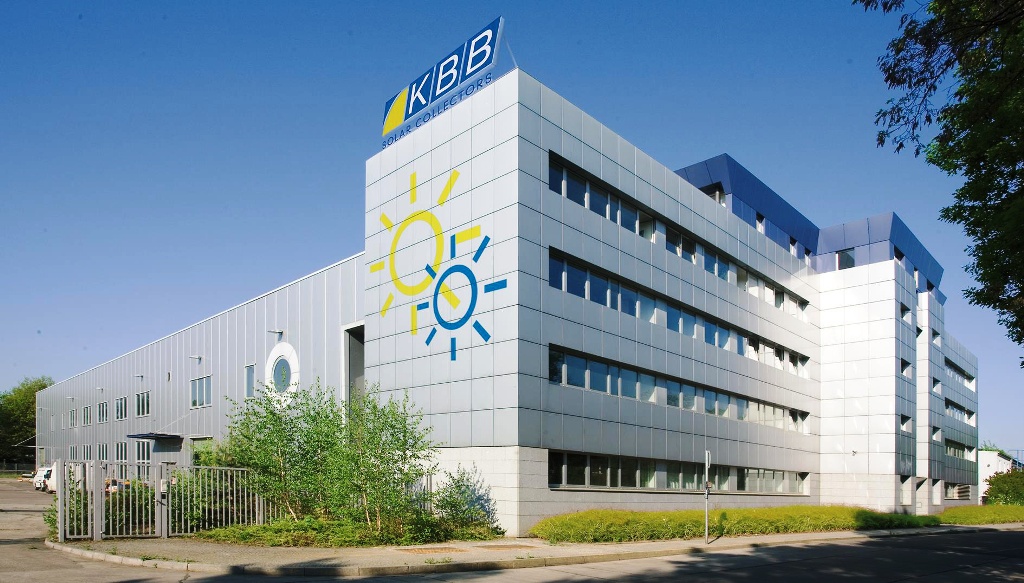 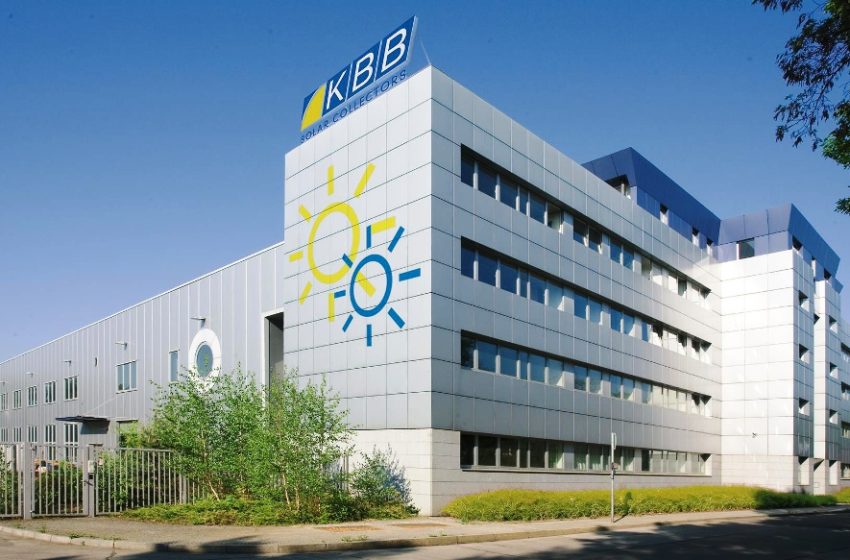 German OEM manufacturer KBB Kollektorbau has announced plans to shut down its collector and absorber production in Berlin after 25 years. Stephan Fintelmann, Managing Director of KBB, said he will put the company’s modern 11,000 m² office and production building, situated in the city’s Treptow-Köpenick district, up for sale in early 2020. All machinery owned by KBB will go to an independent business, based most probably outside Europe. Fintelmann expects it will take two months to deliver and put up the company’s collector and absorber production lines at a new site. “We would like to ensure we can continue to supply our customers in 2020,” he said.
Photo: KBB Kollektorbau
When solarthermalworld.org asked Fintelmann why his company will end production, he pointed to the difficulty of running a solar thermal business in Germany: “When we opened our state-of-the-art manufacturing site in 2007, we were expecting the market to grow. But since the peak year of 2008, when 2 million m² of collector area was sold in Germany, it has been in steady decline.”
He regrets having to shut down the production, especially because of the consequences his decision will have for KBB’s staff in Berlin. “Climate protection has been on everyone’s lips for a long time. But unfortunately, we still have no effective measures in place in the heating market and we cannot keep increasing exports to compensate for declining demand, especially when we have to cope with falling prices and dwindling margins at the same time,” said Fintelmann.
Even after selling its machinery, KBB will continue to offer absorbers, collectors and its large K5-Giga+ panels, which measure 12.5 m². The K5-Giga+ units have already been in use at multiple solar district heating and cooling sites around the world. Among them are installations in the towns of Liggeringen (1,050 m²) in Germany and Châteaubriant (2,500 m²) in France, as well as the city-state of Singapore (2,500 m²).

In February 2018, IKEA Singapore started up a rooftop collector field delivered from KBB to supply heat to an 880 kW absorption chiller (250 RT).
Photo: KBB Kollektorbau
Firsts in absorber production: full-plate (1993) and laser-welded (2004)
Fintelmann has worked in the solar thermal industry for more than 25 years. In that time, he and his team have reached multiple technological milestones. In 1994, only one year after KBB was founded, the company started a production line for full-plate absorbers, a first in the sector. Then, in 1998, it began manufacturing OEM systems, which has been its main business model ever since.
It also pioneered laser welding in 2004, to combine the absorber plate and the tubes. Prior to that, most German companies had produced collectors by means of ultrasonic welding, which leads to white stripes on selective coatings. By contrast, laser welding is not only faster, but it also has no impact on the coating, so that the absorber surface remains black all over.
The most recent milestone was reached in 2016, when KBB launched its optimised K5-Giga collector, which contains a film to lower convection losses. This film is stretched between the glass cover and absorber and is fixed on all four sides. “This collector has an optimised, small thermal mass and produces the best yields of its class,” confirmed Fintelmann, adding that he will make sure this special collector can be manufactured at the new site starting in mid-2020.
More information:
https://www.kbb-solar.com/en/