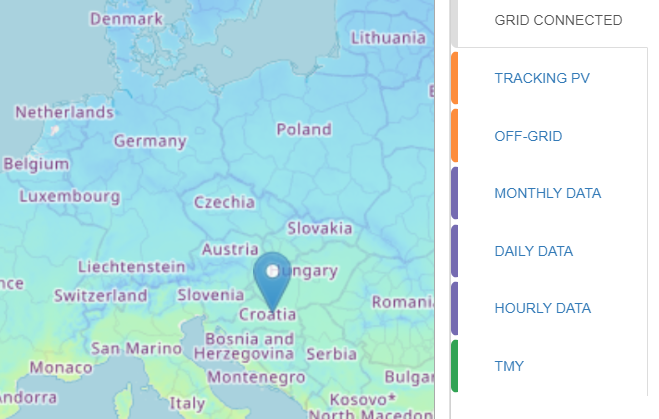 The REPowerEU plan from May 2022 includes a series of measures to overcome the EU’s dependence on Russian fossil fuels and accelerate the transition to renewable energies. In addition to a Solar Energy Strategy and a Solar Rooftop Initiative, it introduced the concept of go-to-areas as an instrument to avoid slow and complex approval procedures for large-scale renewable energy projects. The EU Commission requires EU Member States to find “specific sites on land or at sea that are particularly suitable for renewable energy installations (other than biomass combustion plants) where the use of a particular type of renewable energy is not likely to have a significant impact on the environment, given the specificities of the selected area”.

To support the EU member states in identifying go-to-areas the EU Joint Research Centre (JRC) has developed its Energy and Industry Geography Lab (EIGL) online platform with specific geographical information. Especially for solar energy, it has a Photovoltaic Geographical Information System tool providing information on solar irradiance and photovoltaic power output at any location in Europe which “citizens and installers can use for an instant assessment of the potential for generating solar energy on roofs”.

Solarthermalworld.org asked the JRC whether or not its EIGL online platform also contains information that is especially interesting and useful for developers of small or large solar thermal energy systems? Unfortunately, over the course of several weeks the JRC did not manage to answer such questions. But several policymakers and energy experts outlined upon journalistic request that the go-to-area concept is a general instrument for all renewable energies apart from biomass and does not differentiate between the regenerative energy sources.

Jutta Paulus, German Member of the European Parliament for the Green Party, supports the go-to-area concept for a wide range of technologies since “the permission procedures in some EU Member States sometimes take more than ten years.” In some cases, however, the proposal from the Commission goes too far for Jutta Paulus, for example if environmental impact assessments are to be renounced.

As far as Paulus perceives, all renewable energy projects are taken into consideration in the concept, regardless of whether they involve wind, photovoltaic, geothermal or solar thermal. “I don’t think there is a need for specific permission regulations for solar thermal energy, as this technology has a comparatively low environmental impact,” she said.

Aurélie Beauvais, Managing Director of the Brussels-based association Euroheat & Power, also thinks go-to-areas are “a good initiative”. Permissions and access to land have been “one of the key bottlenecks for rolling out renewables”, she said. To avoid public opposition, Beauvais recommends that go-to-areas should be developed “in close collaboration with local authorities, which should benefit from the economic spin-offs associated with the development of these renewable facilities”.

For her, the go-to-area concept seems “to be primarily developed for wind and solar electricity sources”, but Beauvais thinks it is “important that the implementation of go-to-areas at national level takes into account the specificity of solar-thermal installations: while PV and wind plants may be located in rural areas where land availability is higher, solar thermal installations must be located closer to urban areas in order to be connected to a heat network”.

This noise-protection embankment in the German town of Crailsheim accommodates a large part of the solar district heating system operated by the municipal utility.
Photo: Stadtwerke Crailsheim

“We appreciate the go-to-area concept, since one of the barriers to large-scale solar thermal installations is the permission procedure, which adds considerable time to the development process”, commented Alexandra Șuțu, Communication Officer of Solar Heat Europe. In conjunction with other trade associations Șuțu has tried “to ensure that the needs of heating & cooling technologies like solar thermal energy were considered when adopting and implementing the current initiative”.

“While there is no specific go-to-area approach for solar thermal or for any other energy source, these amendments may strongly benefit large-scale solar thermal projects in general”, explained Șuțu. The national implementation should “identify that a given go-to-area is suitable for a specific technology like solar thermal”. She thinks it is crucial to prioritise renewable heating for urban go-to-areas since it needs to be closer to end-users while power sources can use the grid”.