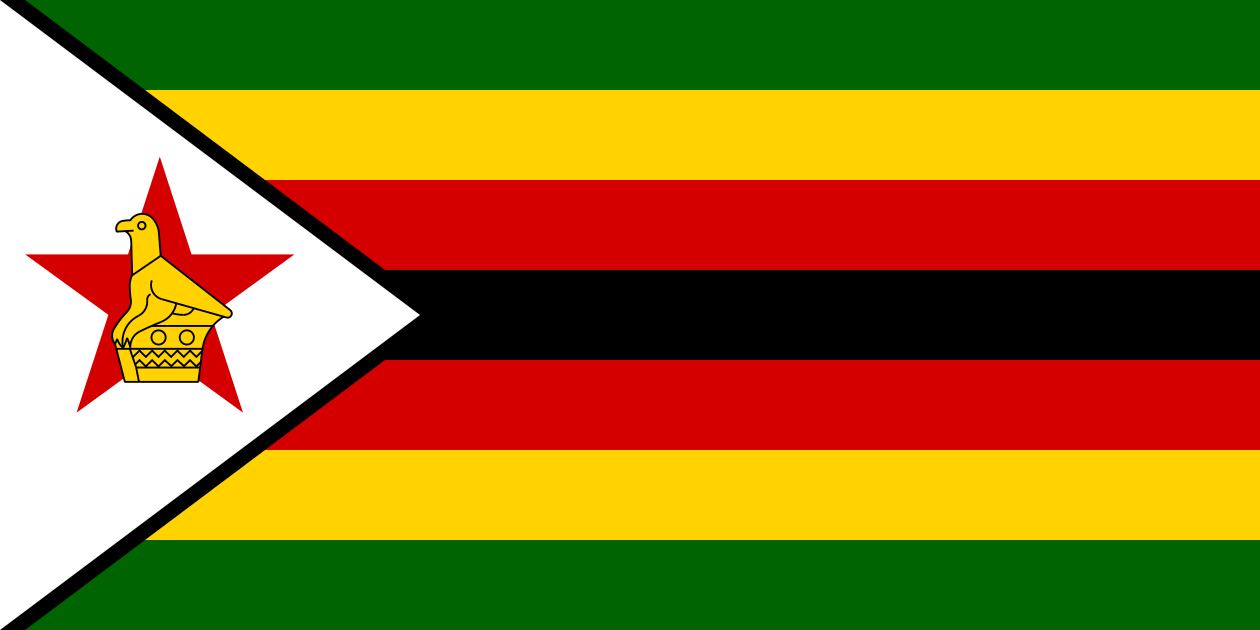 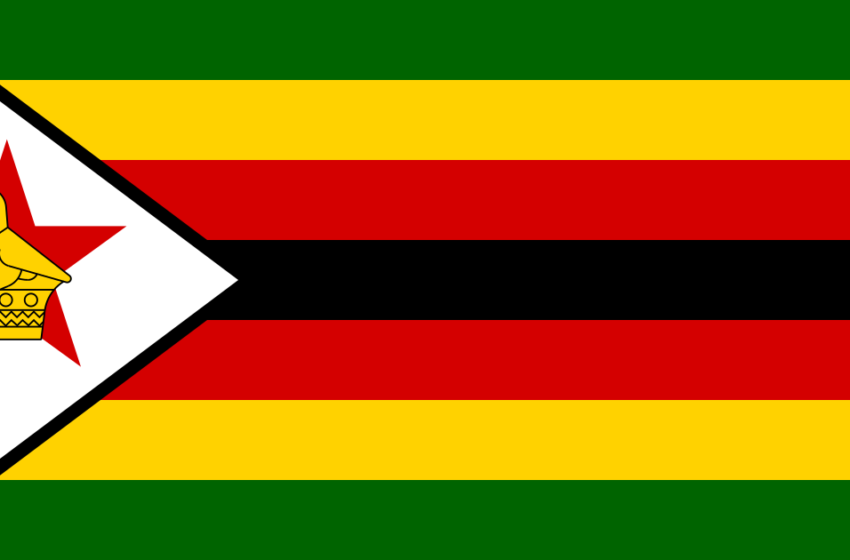 At the beginning of December last year, the Southern African Solar Thermal Training and Demonstration Initiative (SOLTRAIN) entered its second phase. The aim of the project is to support the African partner countries Mozambique, Namibia, South Africa and Zimbabwe in developing an energy supply based on renewable energy in general and on solar thermal in particular. Solarthermalworld.org spoke to Dr Anton Schwarzlmüller, project partner in Zimbabwe and owner of engineering company Domestic Solar Heating (DSH), about the solar thermal market in Zimbabwe, the impact of the SOLTRAIN initiative and the expectations for phase 2 of the project. The photo shows the solar hot water system on the roof of a female student’s hostel in Harare, Zimbabwe. Both tank and collectors were locally manufactured and assembled.

Solarthermalworld.org: How would you describe today’s solar thermal market in Zimbabwe and how do you think it will develop?
Schwarzlmüller: Solar thermal technology is used almost exclusively for domestic and institutional water heating. Sales of flat plate collectors have been decreasing, whereas the number of evacuated tube systems has been growing steadily over the last two years. In absolute figures, the numbers of square meters installed is quite small and largely funded by donors. Many orders come from diplomatic staff to beat power failures and also to show that they care about the environment. The demand for solar thermal technology is not likely to change within the next five years, as the spending power of the private and government sector tends to remain minimal.

Solarthermalworld.org: What were you able to accomplish during the first phase of SOLTRAIN?
Schwarzlmüller:  One participant of the SOLTRAIN courses decided to go into manufacturing polyethylene storage tanks for solar water heating. This I consider our main achievement. The tank has stood the first tests and will be showcased at the Zimbabwe International Trade Fair in Bulawayo from 23 to 27 April 2013. In combination with low-cost flat plate collectors originating from South America and Asia, this tank is expected to provide stiff competition for the imported evacuated tube systems.

Solarthermalworld.org: Which outcomes do you expect from phase 2 and what are the objectives?
Schwarzlmüller: Installing one hundred of the locally produced 200 litre storage tanks in 2013 would be a big success, bearing in mind the low budget for advertising. Thereafter, we would like to see a doubling of tank capacities each year. The planned ten SOLTRAIN courses for manufacturers, farmers, teachers, technicians, bankers etc will open their eyes to the energy alternative solar. And up to 15 demonstration systems will be installed at institutions and firms with a high demand for process heat. Whether or not these demonstration units will be copied by institutions and companies will, to a large extent, depend on a return of the economy to common-sense rule.

Solarthermalworld.org: How great is the awareness of solar thermal among the public and politicians?
Schwarzlmüller: The awareness is certainly as great as in South Africa and Namibia, if not greater. A long time ago, Zimbabwe was even ahead of Botswana. However, people are also well aware of the weaknesses of solar hot water systems. Poor standard installations of local and imported systems have tarnished the reputation of solar thermal technology to a certain extent. Also, there have been a few so-called “local inventors” and importers of inferior and cheap products which have gained access to the market, thereby further undermining the reputation of the technology.

Solarthermalworld.org: What are the main applications for solar thermal in Zimbabwe?
Schwarzlmüller: Solar thermal technology is used for water heating in the residential sector, tourism sector, at hospitals, boarding schools, old people homes and orphanages. Some foreign diplomats have their swimming pools heated by solar. At some income-generating projects, one can find solar driers set up by the Austrian predecessor project, which was then followed by SOLTRAIN.

Solarthermalworld.org: How many manufacturers of solar thermal collectors do you have in Zimbabwe, and how large do you estimate is the annually produced collector area?
Schwarzlmüller: There might be two manufacturers of flat plate collectors left in the country. No more than one hundred square metres of locally manufactured collectors are being installed each year. However, there is a high possibility that these local manufacturers will eventually disappear from the market as their collectors cannot compete with the price and quality of imported systems. Then, there is also the prohibitive production cost element, which affects local entrepreneurs, and even sponsored projects. The collector assembly initiated by the SOLTRAIN programme (author’s note: Work package: Assistance to local solar companies) had to be closed down due to high production costs.

Solarthermalworld.org: How large do you estimate is the annually installed collector area and the total collector area in Zimbabwe?
Schwarzlmüller: The collector square meters installed in Zimbabwe have never been counted; there are only estimates dating back to the 1990s. You will find systems in the rural areas, at mission schools and hospitals. They have been in operation for forty years and more and were certainly installed before the electrification drive. Cheap electric power cut off the demand for solar thermal systems until power outages and increasing tariffs brought people’s attention back to solar water heating. From then on, demand for solar thermal was on the rise until 1998 when the Zimbabwe Dollar lost much of its value and inflation started to affect everybody’s buying power. In 2011, the government removed the import duty on solar components, which has led to decreasing costs when importing systems, whereas local manufacturers still have to pay duties on imported raw materials.

Solarthermalworld.org: How many systems were installed during the first phase of SOLTRAIN and how many systems are planned to be installed during the second phase?
Schwarzlmüller: The first phase saw seven medium-size systems installed at institutions. The increased SOLTRAIN II budget for co-funding should allow us to install twice as many in the second phase, provided the applicants can raise their contribution, which amounts to 50 % of the total cost. As the majority of institutions cannot raise funds locally, they have to find donors for the other 50 %.

Solarthermalworld.org: Who does install the solar thermal systems in Zimbabwe?
Schwarzlmüller: There are about ten more or less qualified installers in Zimbabwe. Among those are three companies which have the experience to install medium-size to large systems (thermosiphon and pumped).

Solarthermalworld.org: Do you have incentive programmes for solar thermal in Zimbabwe?
Schwarzlmüller: Currently, the SOLTRAIN initiative is the only incentive programme for solar thermal in Zimbabwe, although there are numerous projects supporting the use of renewable energy in general. Big chunks of government and NGO budgets are being spent on workshops, functions, banquets, media appearances, etc with little tangible results.

About Domestic Solar Heating (DSH):
DSH is owned by Anton Schwarzlmüller and was registered in 1996 as an engineering company specialised in the manufacture and installation of complete solar hot water systems. With technical and material assistance by AEE Intec, the company has been designing low-cost solar thermal collectors and storage tanks, mostly by using locally available material. Under the SunDrum brand name, the new design quickly became popular in residential urban areas and in rural areas with family houses. In 1998, the Austrian Development Agency invited AEE Intec and Schwarzlmüller to participate in a project aimed at promoting the use of solar thermal applications in Zimbabwe. Since that year, DSH has been subcontracted to carry out the Austrian solar programme in Zimbabwe.