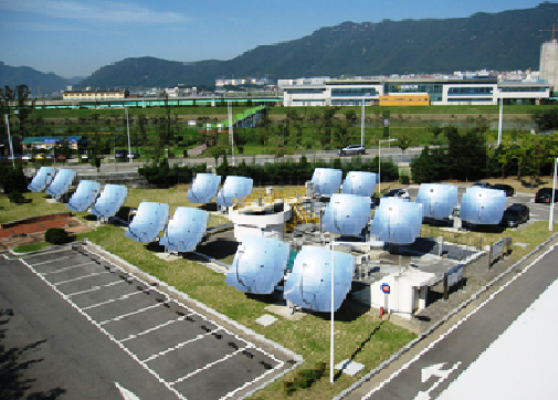 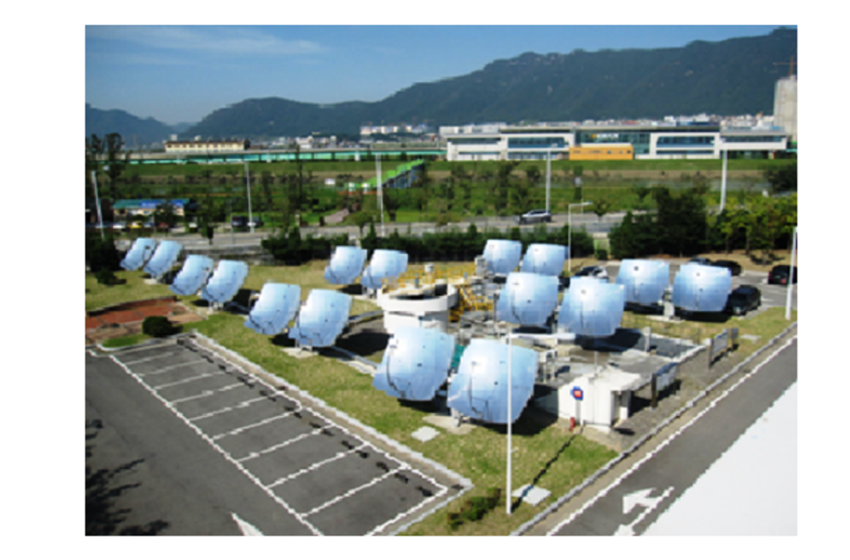 Korean District Heating Corporation (KDHC) is one of the world’s largest district heating companies and serves over 1.5 million customers in South Korea. Now, it is also advising cities elsewhere on how to make the most of low-carbon heat networks. “Currently, we are developing a renewable district heating project in Belgrade, Serbia’s capital, where solar heat is a good option,” confirmed Brian Keum, Senior Manager of KDHC’s Global Cooperation Team. This bilateral effort has led to several government-sponsored visits by South Korean DH experts, who have travelled to Serbia as part of the District Energy in Cities Initiative, coordinated by the United Nations Environment Programme.
Photo: KDHC
So far, KDHC has implemented two small solar demonstration projects. One dates to 2004, when the company commissioned, in partnership with South Korean collector manufacturer Jehin, a solar field consisting of evacuated tube collectors to feed thermal energy into a heat network. The second then followed in 2011, when it installed a combined solar heat and power system running on concentrator photovoltaic technology delivered by Zenith Solar, a now-defunct Israeli manufacturer (see the photo above).
The district heating business in South Korea developed rapidly in the 1990s, when new towns were mushrooming on the edge of Seoul, said Keum. KDHC has continuously expanded the size of its heat network, aiming for an efficient means to supply low-carbon heat to those new neighbourhoods that have sprung up around a capital full of high-rise buildings. In all, 7.75 million, or 15 % of the country’s total population of 51.5 million, are now DH customers (see the table below).
Over the last years, however, real estate construction had slowed, and so had the growth of the DH grids, Keum said. To produce thermal energy, he added, KDHC relied mostly on waste heat and gas burned in combined heat and power (CHP) plants. In all, CHP supplies 67 % of all district heat produced in the country, according to a EuroHeat & Power handbook on South Korea’s DH market.
Key figures on district heating markets in South Korea and Denmark. The latter is central Europe’s most developed DH market.

The District Energy in Cities Initiative is a multi-stakeholder partnership, coordinated by UNEP. Its aim is to double the number of energy-efficient heating and cooling solutions for buildings by 2030 to help countries meet their climate and sustainability targets. The world map shows the four pilot (Chile, China, India and Serbia) and the 10 replication countries taking part in the initiative.
Source: http://www.districtenergyinitiative.org/cities
Organisations mentioned in this article:
http://www.kdhc.co.kr
http://www.districtenergyinitiative.org/
http://www.planenergi.dk/
http://jehinglobalenergy.com/