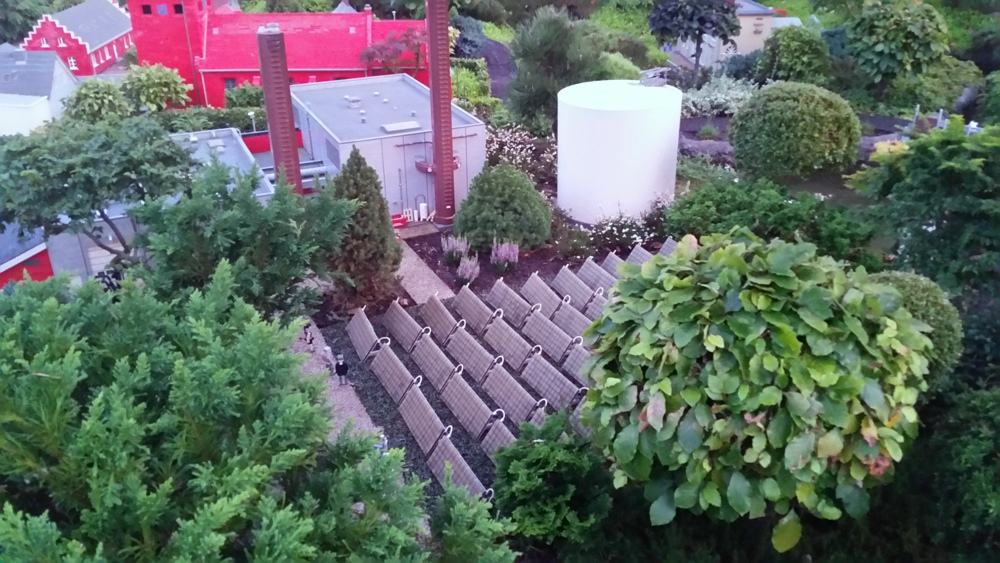 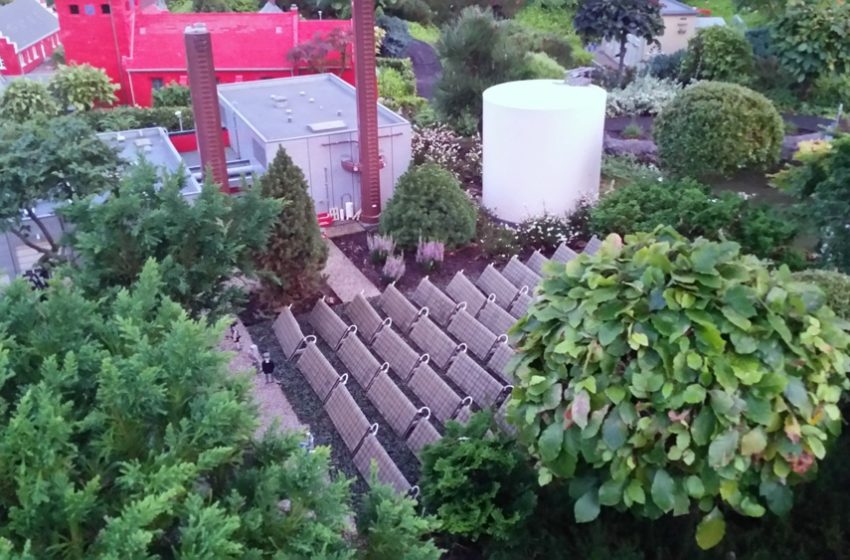 While the solar thermal industry has had a difficult time in several EU countries, the solar district heating (SDH) community is still growing: 180 participants from the EU, South Korea and China attended the 4th International Solar District Heating Conference, which was held at quite the peculiar location this year – Denmark’s Legoland – and was organised under the auspices of the Horizon 2020 project SDHp2m…from Policy to Market. The introductory session of the conference was really inspiring. Thomas Pauschinger, Project Coordinator of SDHp2m, underlined how Denmark’s construction of plants in the 100 MW range was proof of the country’s solar thermal strategy of “think big”. Impressive results, even more so if one takes the statement by Kim Behnke, Deputy Director General of Dansk Fjernvarme, the Danish District Heating Association, into account that “the Danish solar dream started just ten years ago”. Denmark’s solar installations have become so famous that they have even been turned into brick models at Legoland. The photo shows the 13 MW solar field in Braedstrup, Denmark.
Photo: Riccardo Battisti
The importance of size was also emphasised by Henrik Lund, Professor at Aalborg University, who – when describing the role of SDH in future smart energy systems – first focused on the relevance of heat storage in a power sector mostly covered by renewables and then compared the cost of storing solar thermal energy at different plant sizes: A cost ratio of 300,000 EUR/MWh for a 160-litre domestic boiler could be lowered to 500 EUR/MWh by using 200,000 m3 of pit storage connected to a large SDH plant.
The close link between solar and DH was also referenced by Paul Voss, Managing Director of the EU’s district heating association, Euroheat & Power, who sees district heating as “a road to market renewable energy” and who emphasised the relevance of solar thermal for the entire DH industry: “The heightened profile of solar as part of district heating has boosted our industry’s image.” He concluded his presentation by unequivocally stating that “solar district heating is a big part of this industry’s future.”

People “floating” on the water of the pit heat storage that is part of Gram’s solar district heating plant
Photo: Riccardo Battisti
Step by step, collector by collector
Just as the huge sculptures in Legoland, set up patiently brick by brick, large SDH plants need to be installed collector by collector – and, above all, there is one major requirement: The availability of suitable land, an issue pointed out by a number of speakers at the conference. Per Kristensen, former Director of the Braedstrup DH utility, views the identification of land for development as the first and crucial step of any SDH project, in conjunction with the coordination of local and regional planning. Kristensen also confirmed the average maintenance cost of large SDH plants to be about 1 EUR per MWh of produced energy, as Søren Elisiussen, CEO of Arcon-Sunmark, had already stated during another conference in 2014.
Regarding maintenance, Rasmus Eriksen, Technical Consultant at Dansk Fjernvarme, also showed that there were no additional employees required for operating an SDH plant which was integrated into an existing network (apart from sheep that keep the grass down …) and that in very large systems, innovative monitoring tools, such as drones, could help considerably with detecting collector failures.
But Denmark, where large plots can be found quite easily and at a low price, is rather the exception than the rule. Simona Weisleder, Consultant at the Hamburg Institut, Germany, has listed the main concerns that different stakeholders have when talking about ground-mounted SDH plants as:
Of course, a good solution could be to use land which has already seen environmental damage, such as landfills or pits, and create some form of environmental compensation, such as developing an ecological utilisation strategy for the areas involved. But the speakers pointed to two positive aspects concerning land use: The higher energy density of solar compared to biomass (40 to 50 times more) and the higher biodiversity of solar-used plots in comparison with intensive farming.
All presentations held during the various conference sessions are available for download from the SDHp2m project website.
Websites of projects and companies mentioned in this article:
SDHp2m project: http://solar-district-heating.eu
Hamburg Institut: http://www.hamburg-institut.com/
Danish District Heating Association: http://www.danskfjernvarme.dk
Aalborg University: http://vbn.aau.dk/
Arcon-Sunmark: http://www.arcon-sunmark.com