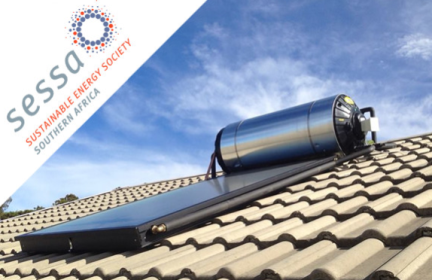 Until recently, the solar water heater (SWH) rebate programme of state-owned power provider Eskom had been a key element in South Africa´s endeavour to cope with continually unstable power supply and become a more environmentally friendly society. Eskom granted refunds to customers replacing conventional geysers in households and commercial buildings with solar thermal ones. The result: 85,000 high-pressure solar water heaters funded by the rebate programme since 2008, according to estimates by the Sustainable Energy Society of Southern Africa (SESSA). The non-governmental organisation representing the local solar thermal industry wrote in its weekly newsletter, Energy Fix – Week 21, that 330,000 low-pressure systems were installed from 2010 until the end of 2012.
Figure: SESSA
This is only slightly above 40 % of the target figure that the then Minister of Energy, Dipuo Peters, mentioned during her budget speech in summer 2009. During a five-year period, she promised to have one million solar water heaters installed across the country. This goal seems history, considering that there have actually been no more rebates for solar geysers in South Africa since Mai 2015. Stakeholders from the national solar thermal energy sector – both consumers and suppliers – are worried about the future of solar heating and cooling in their sunny country.
DoE takes over responsibility from ESKOM
In December 2014, Eskom said it would transfer its SWH incentive scheme responsibilities to the state’s Department of Energy (DoE). In February 2015, the DoE took over processing of the applications for installed solar water heaters. SESSA initially appreciated the responsibility transfer between the two state institutions. The NGO had criticised how Eskom had run the incentive scheme over the past years. “The utility had a permanent conflict with end user renewables, in that it wants to sell power rather than to save it,” James Green, Chairman of SESSA’s solar water heating division, told online media platform Engineering News in January 2015. The transfer to the DoE “could stimulate the solar thermal industry,” Green hoped.
Uncertainty clouds new programme administration
It soon turned out that Green´s optimism was unjustified, since the DoE administration seemed unable to manage the rebate programme effectively. ”Uncertainty around the administration of the solar rebate programme continues to dog solar water heating installers,” SESSA’s newsletter, Energy Fix – Week 10, stated at the beginning of March 2015, pointing to over 120 applications that were not being processed and SESSA´s failed attempts of getting a clear-cut response from the DoE. Installers were at “extreme and unprecedented risk, leaving them in the dark as to how to price their systems and services,” SESSA complained.
The difficulties with the rebate system transfer led to the bizarre outcome that in mid-March 2015, the previously sharply criticised Eskom was suddenly called upon as a troubleshooter to bring the “rebate back on track,” as SESSA wrote in its Energy Fix – Week 12 on 20 March. Eskom then processed rebate claims until the end of April 2015, a move welcomed by SESSA as a “relief to system installers and consumers who have been left in the dark since the DoE was meant to have taken over the administration of the programme from February”.
In her budget speech on 19 May 2015, the Minister of Energy, Tina Joemat-Pettersson, promised an improved solar water heater programme operated by the DoE this budget year, which began on April 1. “The planned new contracting model has been submitted for cabinet approval. In order to drive the localisation effort, the installation programme will be rolled out by local municipalities,” she said, adding that the DoE had allocated South African Rand (ZAR) 500 million (EUR 36,878) to implement the model. This money was only enough for round about 62,000 low-pressure solar water heating systems and fell “far short of the initial target of one million solar water heaters,” SESSA criticised in its Energy Fix – Week 21.
In an attempt to learn more about the future of the SWH rebate programme in South Africa, solarthermalworld.org asked the DoE about the current situation. “The revised programme is currently going through a government approval process. Only after approvals have been secured shall we be able to communicate details,” DoE manager Khanyiso Zihlangu replied, without revealing until when approval can be expected.
More information:
Eskom Holding SOC: http://www.eskom.co.za
Department of Energy (DoE): http://www.energy.gov.za
“Sustainable Energy Society of Southern Africa” (SESSA): http://www.sessa.org.za
SESSA Public List Email Campaign Archive: us2.campaign-archive1.com/home/?u=9a52aab1f017a1b55dbc4c7c9&id=4aef5acc43