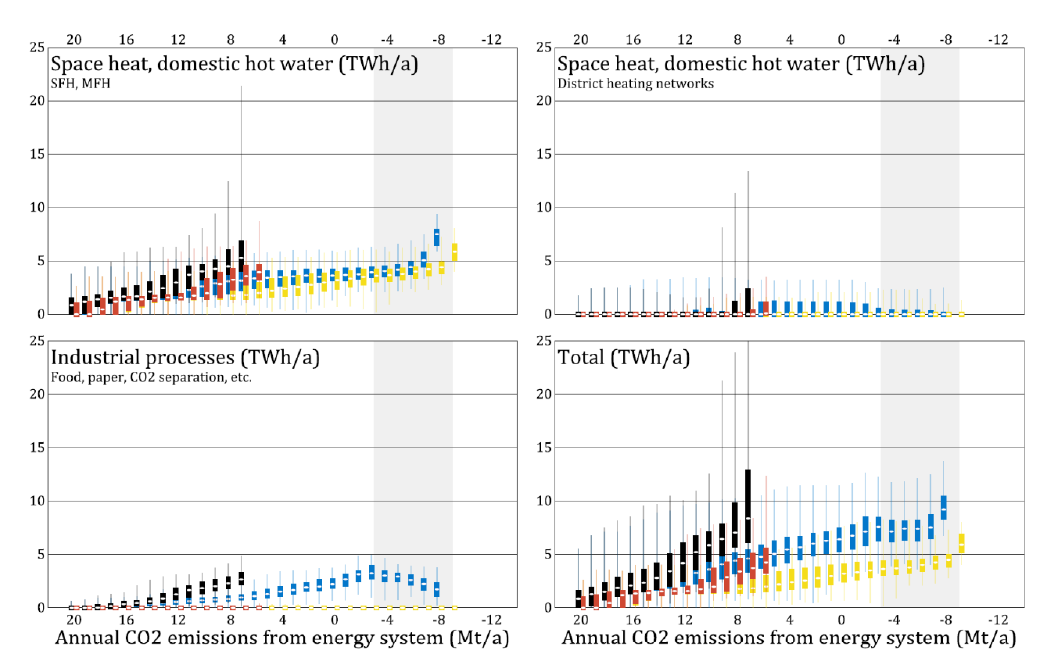 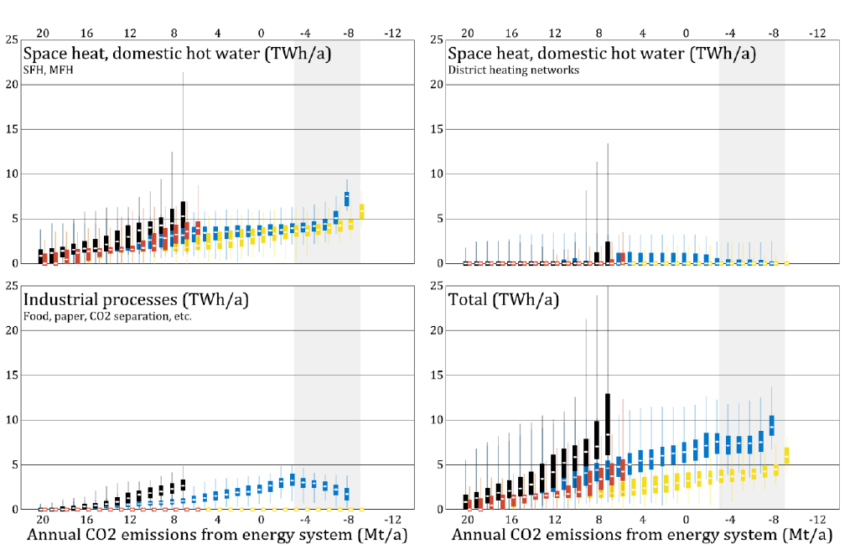 A new roadmap called SolTherm2050 shows how much of a role solar heat combined with thermal storage could play in Switzerland in 2050. Using the Swiss EnergyScope tool, the developers of the roadmap simulated a variety of scenarios with and without solar thermal. In addition, over half of their 117-page study revolves around market barriers and how to overcome them. The national Swissolar association considers the report an important element for charting a path forward. “We will use the study as a basis for our association’s solar thermal strategy. Our plan is to set up an internal working group for this purpose in spring,” said Swissolar Managing Director David Stickelberger.
Source: SolTherm2050

The EnergyScope simulations resulted in a solar thermal contribution of 5 to 10 TWh a year in 2050, or 2 to 4 % of total energy demand. That would be a huge increase compared to the latest data published by the Swiss energy office, which estimated that 1.72 million m2 of collector area was in operation across the country at the end of 2021, delivering a yearly production output of 0.74 TWh. The roadmap simulations therefore assume a thirteen-fold increase over current figures.

Another important outcome of the simulations, according to Stickelberger, is that the use of solar thermal would lower costs across the entire energy system: Net-zero emission scenarios that did not include solar heat at all added several Swiss Franc (CHF) 100 million to the yearly energy costs. 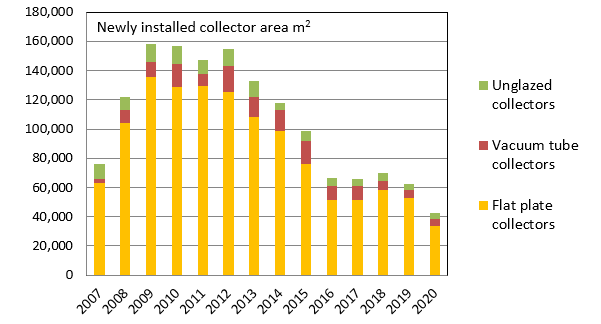 Development in the solar thermal market 2007 to 2020, broken down by collector technology

However, today’s market growth stands in stark contrast to the predictions of the new roadmap. After a peak in demand between 2009 and 2012, when nearly 160,000 m2 of new collector area was put up in Switzerland each year (112 MW), the market went into a steady decline. In 2020, the amount of newly installed area was down to a fourth of what it used to be, indicating that there are barriers to the widespread use of solar heat.

Analysing obstacles and listing countermeasures
“We need new market players and further training for those already in this business. And we need new alliances. One example of this is solar district heating, which has yet to gain a foothold in Switzerland,” concluded Stickelberger. In addition, he called for federal and cantonal subsidies for solar process heat and other technologies in order to grow the market. Barriers to growth were also part of the roadmap, whose authors documented and analysed these obstacles and listed possible countermeasures. After assigning a barrier to one of four categories (see the following table), the authors went on to describe each barrier in detail, putting a special focus on investment costs, which have remained comparatively high in Switzerland, and the integration of solar heat into heat networks. 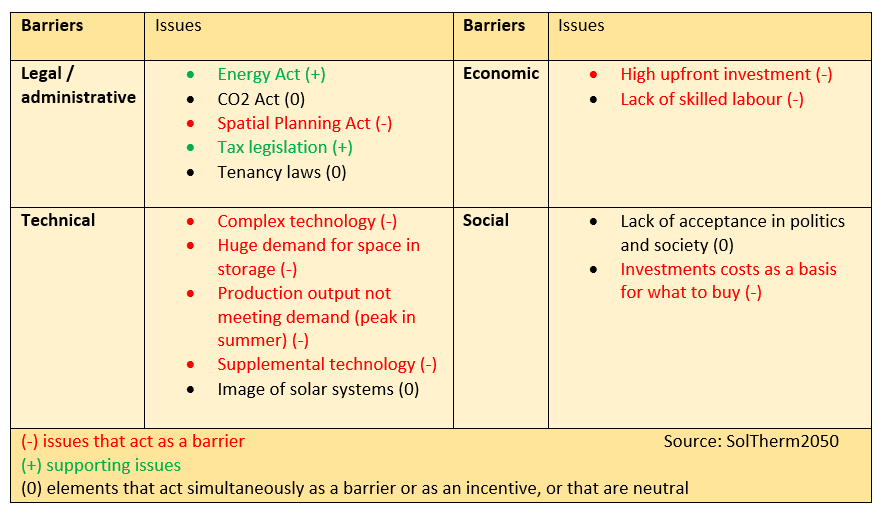 Launched in November 2021, SolTherm2050 was created under the leadership of three Swiss-based research institutions, the SPF Institute for Solar Technology, the Lucerne University of Applied Sciences and Arts, and the Swiss Competence Center for Energy Research – Supply of Electricity at ETH Zurich, while Swissolar supported the writing process. In addition, two workshops were held in January 2020, to discuss how to approach the modelling of the energy system, and May 2021, to talk about the simulation results with a wider range of stakeholders (see chapter 7.1 on p. 92).