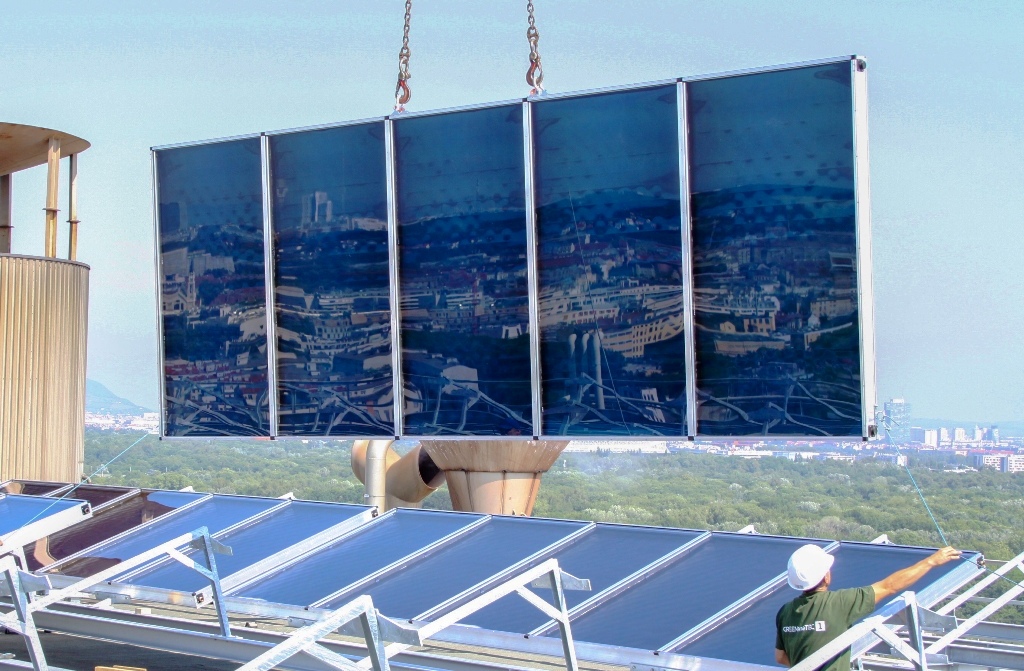 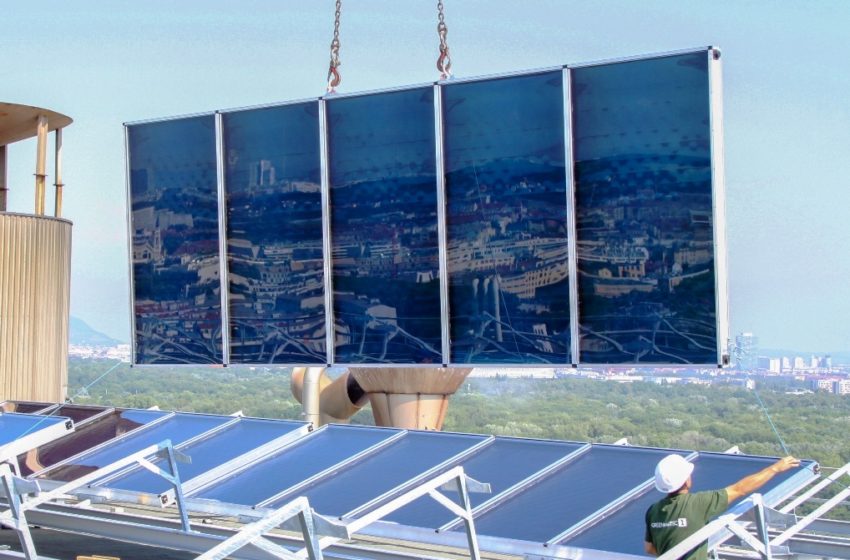 The Solar Keymark Network has expanded its range of options by including in situ testing. At a meeting in March 2019, a revised version of the Solar Keymark (SK) Scheme Rules was approved to allow collector efficiency tests in a real-life environment. It is now possible to create efficiency curves and to calculate all values required for a Solar Keymark Certificate by using only the results gained from field-testing. Large flat plate or on-site built vacuum tube collectors, as is typical of solar district heating, benefit from this new option, as do parabolic trough or Fresnel collector units. In situ tests can now be used as an alternative whenever a unit is too large to fit in a test lab. The extension of SK Scheme Rules had been proposed by members of the ZeKon In Situ research project, coordinated by German research institute Fraunhofer ISE. As for reaching a global audience, the project findings will be discussed by members of IEA SHC Task 55, Towards the Integration of Large SHC Systems into DHC Networks, at the ISES Solar World Congress, which will take place in Chile in November this year.
Photo: Greenonetec
“The aim of our ZeKon In Situ research project was to offer a wider variety of test conditions by developing a methodology for testing systems on site in a way similar to conditions in the lab, but without interrupting operations,” said Sven Fahr, Project Manager at Fraunhofer ISE. The researchers used about 1,000 combinations of measurements to simulate the efficiency coefficients of real-world solar fields and later employed statistical methods to analyse their findings.
“The narrow range of input data in lab testing is not applicable to in situ tests,” said Fahr. For example, collector standard ISO 9806 stipulates that inlet temperatures must be within ± 1 K of set values in a series of tests and the difference in flow rates must be kept at under 2 % (quasi-dynamic) of set values, and not vary by more than 5 % in either direction from one series of tests to another. These requirements are not applicable to in situ measurements, as many installations use thermal flow as the control variable for temperatures.
Deviations from ISO standard
A case in point: Fahr and his team have managed to obtain acceptable results when allowing the flow rate to deviate up to 15 % in 5-minute averaging intervals. The SKN has said that “deviations from the normative requirements must be mentioned in the test report and must be considered within the uncertainty determination”. For more information, please see Annexe P5.5 on In Situ Collector Certification in the attached document.
According to the minutes of the meeting held in April, the SKN has also laid down rules for selecting collectors from a field:
Organisations mentioned in this article:
http://task55.iea-shc.org/
https://www.ise.fraunhofer.de/en.html
http://www.estif.org/solarkeymark/network.php
https://solarthermalworld.org/wp-content/uploads/2019/07/skn_annex-p5.5_in-situ-collector-certification.pdf