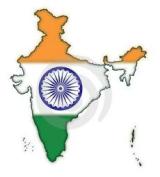 As could be read in the updated approval note No.3/1/2007-UICA (SE) from 21 April 2010, the Indian Ministry of New and Renewable Energy decided to continue its national subsidy programme in fiscal year 2010/2011.

The “Accelerated Development and Deployment of Solar Water Heating Systems in Domestic, Industrial & Commercial Sectors” is going to have a total budget of INR 150 million (EUR 2.9 million) during the fiscal year until 2011. The conditions of the programme remain unchanged to the ones already described in the database of incentive programmes: Non-profit making institutions receive an upfront subsidy of 1,750 INR/m2 (33 EUR/m2); profit-making institutions and commercial users receive 1,400 INR/m2 (27 EUR/m2). Systems installed by Energy Supply Companies (ESCOs) will also be eligible for capital subsidies.

The conditions of the low-interest loans are going to remain on their current levels, too: 2% for domestic users, 3% for institutions not availing accelerated depreciation and 5% for industrial/commercial users availing depreciation. Domestic users in the north-eastern states of Sikkim, Himachal Pradesh, Jammu &Kashmir, Uttaranchal, Chattisgarh, Jharkhand and the Indian Islands will receive loans free of any interest rates.

The solar water heating collector area installed during financial year 2009/10 amounted to 620,000 m2, according to MNRE, 24% more than in 2008/09. The cumulative installed capacity achieved by the end of March 2010 was 3.53 million m2. There are no specific targets set for the present period, although the National Solar Mission aims for 7 million m2 until 2012/2013, which means the next 2 years will have to see a newly installed collector area of 3.47 million m2. The Mission’s ultimate target is to reach 20 million m2 by fiscal year 2021/22.