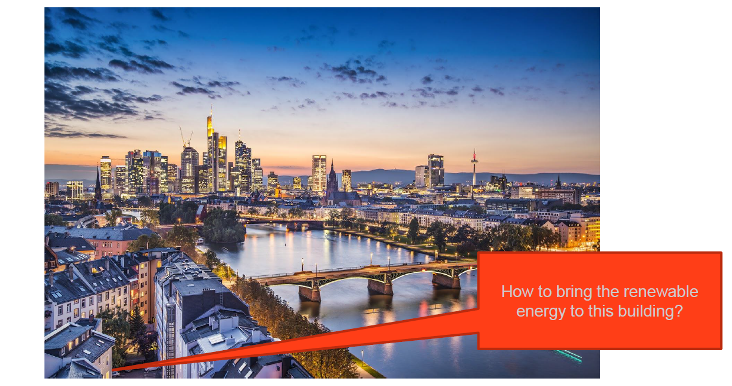 On 23 March 2022, the first industry workshop organised by IEA SHC Task 66 – Solar Energy Buildings showcased solar building ideas from different corners of the globe, including the first mandatory solar building regulations in China and Mexico’s rules on energy efficiency and solar energy in the construction sector. This article will focus on the presentation given by Dr Bernd Hafner at the event. Titled Energy Buildings in Central Europe – an energy efficient solution with cold district heating networks, it concerns an energy system in Ludwigsburg which is part of the Sol4City research project. The project have confirmed that cold district heating networks are the answer to the question of how to get renewable energy to urban households, to guarantee climate-neutral energy supplies. All event presentations can be downloaded from https://task66.iea-shc.org/event?EventID=7880

“In SHC Task 66, we intend to analyse and highlight building and neighbourhood concepts with a high share of solar energy, and the project in Ludwigsburg fits that bill quite well,” explained Harald Drück, who is in charge of the task. Furthermore, Viessman has already incorporated the idea of a cold district heating network into several hundred projects, where such networks supply heat pumps in multi-family buildings together with ice storage units for decoupling the load. 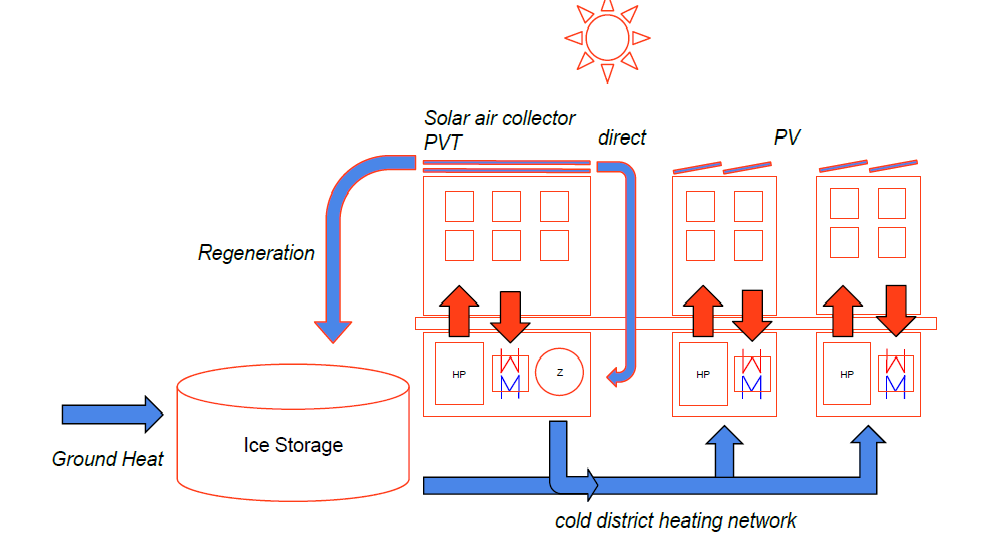 Hafner’s workshop presentation began with him describing three types of climate neutrality standards. He concluded the first part of his speech by saying that the Gold Standard needs seasonal storage to ensure complete, year-round climate neutrality within a neighbourhood. It was at this point that he also mentioned the Ludwigsburg system, which uses a large 700 m3 ice storage unit as part of Sol4City. “Viessmann has already installed around 300 energy systems, including ice storage units with volumes between 30 m3 and 2,000 m3,” he emphasised. The ice storage has two functions: It decouples the heat pump load from the electric grid, providing a source of energy during cold winter months, and allows energy-efficient air-conditioning throughout the buildings in summer.

The newly built neighbourhood in Ludwigsburg consists of 10 apartment buildings, with owners/renters planning to move in by spring 2022. The Sol4City partners will monitor the space heating and cooling system over one year to confirm efficiencies and solar shares.

Key figures of the space heating and cooling system in the newly built neighbourhood in Ludwigsburg, Germany. Source: Sol4City

Hafner summed up his presentation by addressing the major challenges of neighbourhoods with high solar shares. “We need to better understand the interaction of various onsite renewable sources, such as solar thermal, PV and ambient air, and then we have to apply that knowledge to improve existing buildings as well.”

Sol4City is a research project managed by two German partners, IGTE and Viessmann, as well as AEE INTEC, Austria, and several other Austrian companies, with the German economy ministry funding the participation of the first two. The project also financially supports the management of Task 66, led by Harald Drück, of the German-based Institute for Building Energetics, Thermotechnology and Energy Storage – IGTE, University of Stuttgart.