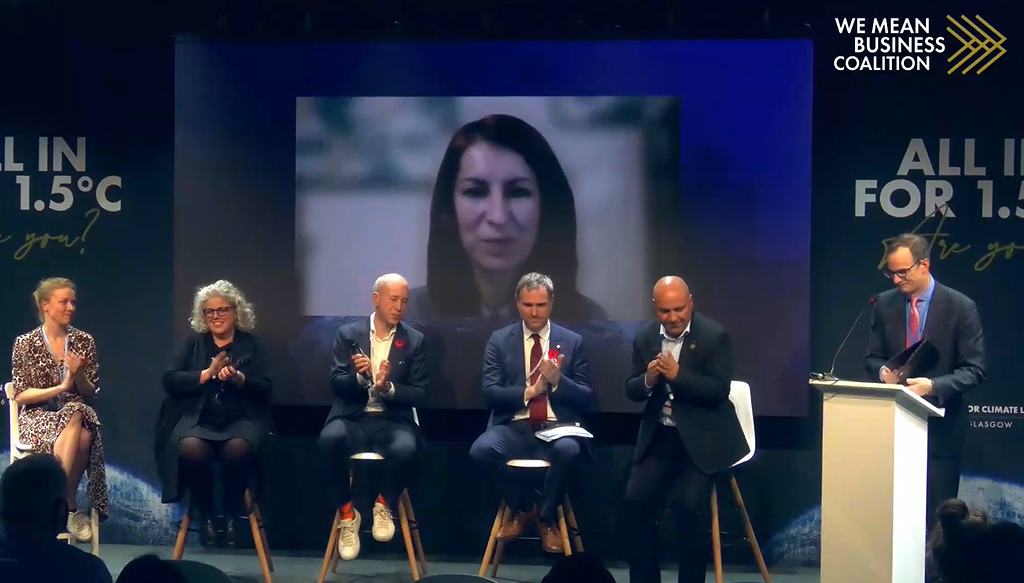 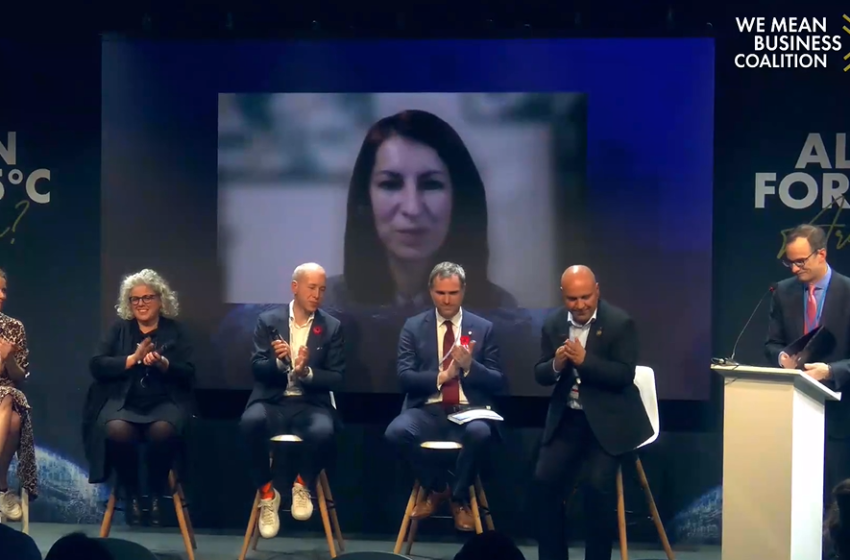 During last week’s COP26 in Glasgow, the UK government launched a Clean Heat Forum to accelerate the decarbonisation of heat used in buildings. The platform will be managed under the umbrella of the Global Alliance for Buildings and Construction (GlobalABC), founded at COP21 in Paris in 2015. “As the UK, we want to share our policy experiences with others and use the forum as an opportunity to learn in areas where we’re still working out the best way forward,” Lord Callanan, the UK Minister for Business, Energy and Corporate Responsibility, said in his opening speech. The Forum will be open to countries, regions, cities, companies and organisations active in this space and keen to promote a shift toward decarbonising the heating sector. A recording of the one-hour live event is available online: https://vimeo.com/644875845
Source: Screenshot of the panel discussion uploaded to Vimeo
Callanan was then joined on stage by his Scottish colleague Patrick Harvie, Minister for Zero Carbon Buildings. Harvie views the Clean Heat Forum as an excellent opportunity to share ideas and best practices among governments, businesses and like-minded people and partners based in countries across the world. He made clear that “whatever will be in the final deal of COP26 on the weekend, our job remains the same“. “Everybody with a role in decarbonising the built environment needs to track on fast to get the rapid emission cuts that we need, and to get them in a fair way so that we do leave no one behind,” he added.
The panel that was held after the ministers’ opening speeches showed more of the Forum’s founding members, who represent a variety of private and public sector organisations. They included Zdeněk Hřib, Mayor of Prague, Czech Republic; Rana Adib, Executive Director of REN21, France; Thomas Nowak, Secretary General of the European Heat Pump Association, Belgium; Rasmi Hamzeh, Executive Director of the Jordan Renewable Energy and Energy Efficiency Fund and Kateryna Levik, of consultancy KT-Energy, Ukraine.

The statements made by the founding organisations illustrated that a variety of strategies will be pursued to achieve a sustainably heated building stock. One such strategy is electrification, for which the heat pumps of individual buildings will be used. Another leads to the greening of district heating networks. A third path follows green building certification. Which way a city, a region or a country will take depends on the climate conditions and available infrastructure on site.
Scotland: Minister Harvie, for example, highlighted the fact that the Scottish Parliament was the first within the United Kingdom to pass a Heat Networks Bill in March 2021. The aim is to encourage greater use of heat networks in Scotland and ensure that all public building owners check if their buildings are suitable for connection to a heat network.
Czech Republic: Mayor Hřib talked about Prague’s Climate Plan, which was implemented in May this year. The plan includes 69 measures for a more sustainable energy supply, such as using waste heat for the city’s district heating network. A planned flagship project will deploy heat pumps to increase the temperature at the outlet of the municipal wastewater treatment plant from around 10 °C to the level needed for the network.
Ukraine: Levik described the way of cutting emissions in Ukraine as greening the country’s district heating networks, which provide around 60 % of the total heat in the residential sector. According to Levik, Ukraine’s district heating companies take mainly three steps to lower their carbon footprint: use of more efficient boilers and exhaust heat exchangers in the heating centre, reduction of heat losses in distribution and installation of substations with automated weather-dependent control equipment, and increase in the share of renewable and waste energy in the networks.
England: Minister Callanan underlined that a new GBP 5,000 grant will be available from April 2022, to encourage homeowners to install more efficient, low-carbon heating systems, such as heat pumps. However, the related Green Homes Grant Programme had already been launched in August 2020 and was suspended in March 2021 following some bureaucratic difficulties. Callanan also announced that the government wants to reduce the price of electricity over the next decade by shifting levies away from electricity bills.
Jordan: Hamzeh explained that his country has implemented very good building standards for homes by, for example, working with the Green Building Council, a US-based initiative that has developed a green building rating system called LEED. This approach follows both tracks – onsite renewable energy production and energy efficiency.
The founders of the Clean Heat Forum – no matter their preferred approaches – showed a clear commitment to broadening the dialogue regarding sustainable buildings and to openly sharing and thoroughly discussing their experiences with representatives for other public and private institutions.
Organisations mentioned in this article:
https://globalabc.org/
https://www.gov.uk/government/organisations/department-for-business-energy-and-industrial-strategy
https://www.gov.scot/about/who-runs-government/cabinet-and-ministers/minister-for-zero-carbon-buildings-active-travel-and-tenants-rights/
https://www.ren21.net/
https://www.usgbc.org/
https://kt-energy.com.ua/en/
http://jreeef.memr.gov.jo/Default/EN