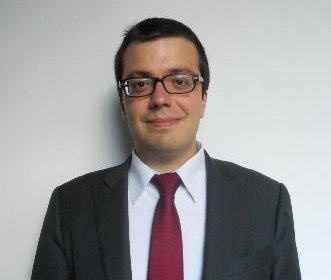 The European Solar Thermal Industry Federation is expanding its services in policy advocacy and communication. In October 2014, the Brussels-based association set up a new information tool for members called ESTIF Policy Briefing, which is a regular newsletter gathering links to the most recent news from the EU commission and other international organisations relevant to the solar heating and cooling sector. In July, ESTIF started a new series of Webmeetings with national trade associations in form of webinars. During the first online meeting, ESTIF´s policy officer, Stefano Lambertucci, informed the association representatives about major policy topics from the European Commission and suggested actions at national level. Lambertucci joined ESTIF in 2014 after previous jobs in the Permanent Representation of Italy and in the European Commission. He graduated in International Relations and created and manages the new policy communication tools, such as the ESTIF Twitter account and the Policy Briefing newsletter.

The July Webmeeting focused on two major topics: the outcomes of the Renewable Energy Progress Report (see the attached document) and the preparations for the EU Strategy on Heating and Cooling by the European Commission, which is going to be published in the last quarter of 2015.

Projected deployment against planned targets in the National Renewable Energy Action Plans (NREAPs) and their deviation. Mtoe stands for Million Tonnes of Oil Equivalent and can be produced by 23 m2 of collector area. Source: Renewable Energy Progress Report of the European Commission from June 2015

The European Commission released another mid-term assessment report on the progress of the EU and its Member States concerning the 2020 renewable energy targets. The 16-page paper concludes that with a projected share of “15.3 % of renewables in the gross final energy consumption, the EU and an overwhelming majority of Member States are advancing well towards the 2020 targets.” But the outlook appears not as positive when breaking down the results by energy sector and by technology. Lambertucci also added that the trajectory becomes steeper over the coming years, so it will be much more difficult to achieve the planned targets.

The heating and cooling sector was even exceeding its targets in 2014 because of the strong growth in heat pump and biomass boiler sales. In 2020, however, solar thermal will have the largest deviation in negative terms with an estimated –45 %. Instead of 6.4 Mtoe (blue line in the chart below), there will only be a contribution of 3.7 Mtoe of solar heat (red line) if the current path is being followed. This bad performance is costing the EU a lot of money, as ESTIF makes clear in the Triangle of Missed Opportunities. The missing deployment of approximately 11 Mtoe over the coming years will lead to the loss of 56,000 jobs, wasted spending of EUR 9 billion on natural gas imports and emissions of 24 million tons of CO2 if gas is used instead of solar.
Lambertucci encouraged the association members to use these striking results as convincing arguments when they talk to their national governments: “Please study the national progress reports to identify the deviation from the original targets in your country and analyse whether your government’s assessments of the measures planned to achieve the targets are correct and measure up to  reality.” The clear message according to the policy officer is: “Solar thermal is performing below expectations, especially when you consider that the NREAP targets are not too ambitious.”

EU Strategy on Heating and Cooling
“If you confront your governments with the missing opportunities in the 2020 implementation, you can also link your message to the Heat Strategy, which is about to be developed by the commission,” was Lambertucci’s advice. The Heat Strategy announced in February by the Energy and Climate Action Commissioner, Miguel Arias Cañete, is of grave importance to the sector because it will be the main document which will act as the basis for future legislation, such as revised or new directives. “The key part is a roadmap that looks into the role of the heating and cooling sector in delivering the long-term decarbonisation objectives and contributing to energy security and competitiveness of the energy sector in Europe.”

“We are working on three levels regarding the Heat Strategy,” explains the policy officer from ESTIF. “We get into dialogue and obtain information bilaterally with the relevant institutions of the commission directly in Brussels, we cooperate with the other renewable heating associations to find common ground and implement joint actions, and we started to build up a Heat Strategy Task Force with selected stakeholders, even outside the renewable heating and cooling associations.”

One output of the cooperation with the renewable heating associations is the fact sheet A Smart and Resilient Energy Union, which was published and disseminated during the Sustainable Energy Week in Brussels in June (see the attached document).
ESTIF set up a list of main points to be promoted in reference to the Heat Strategy: