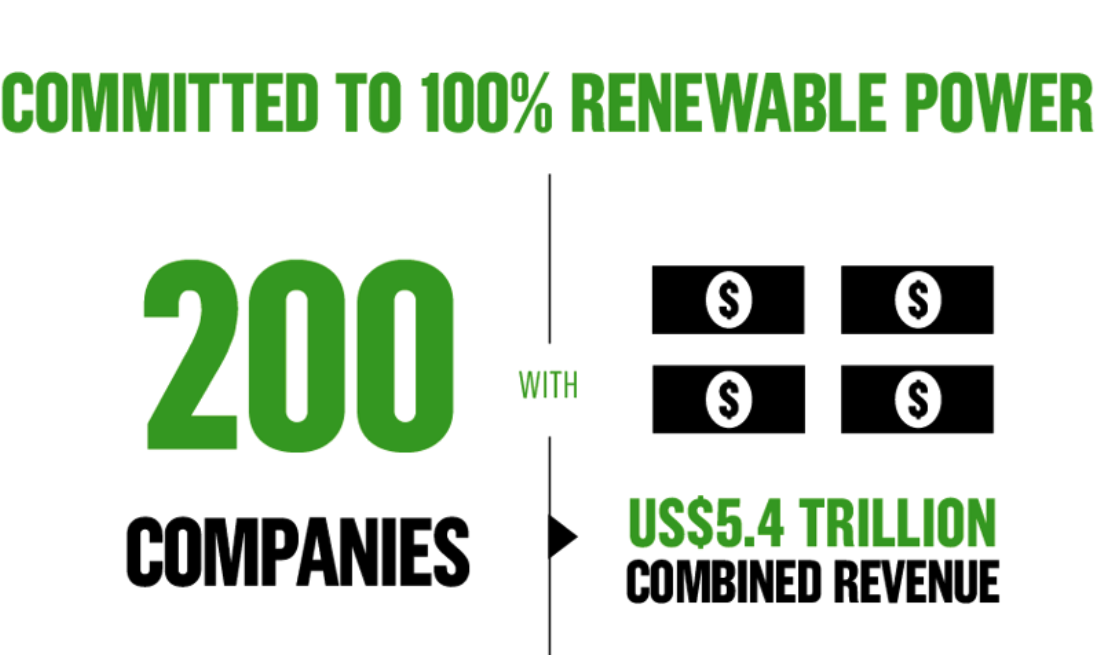 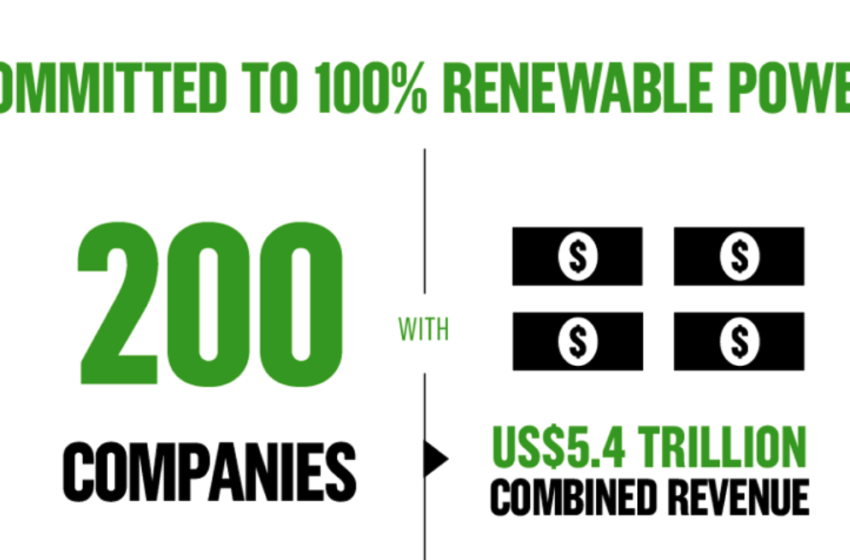 RE100 is a global initiative to support multinational corporations which are committed to using 100 % renewable energy sources for electricity by 2050 at the latest. Since its launch five years ago, the campaign has been coordinated by the international NGO Climate Group. Today, it counts more than 200 globally operating businesses. “We believe that the success of the initiative is partly linked to its laser focus on electricity, but we recognise the importance of renewable heat,” said Katie Rogers, Communications and Media Adviser at the Climate Group’s UK office.
Source: there100.org
“Committing to 100 % renewable electricity is a relatively straightforward thing to do now, since costs have come down,” Rogers explained. “This, alongside the climate leadership of large, influential pioneers, has helped us build up a critical mass of more than 200 committed companies around the world, and they are collectively sending a strong demand signal to the market.” Members of the campaign include not only software company Adobe and German-based vehicle manufacturer BMW but also Carlsberg, one of the world’s largest brewers, and Deutsche Telekom, Europe’s biggest telecoms provider.
When asked whether there were plans to extend the scope of RE100 to promote renewable heat too, Rogers replied: “We have been working with our members to showcase pioneering and exemplary efforts taken by companies such as Unilever and Ingka (formerly IKEA Group), which are part of our renewable heating and cooling network. We expect to do more of this in the future.” Solarthermalworld.org has previously published articles on both companies: Unilever and Ingka.
“We expect to do more to promote renewable heat in the future”
RE100 companies must choose a target date for achieving 100 % renewable electricity. The minimum requirement is 100 % by 2050, as well as intermediate steps of 60 % or more by 2030 and at least 90 % by 2040. All companies joining the campaign must be willing to make a public commitment to source 100 % of their electricity from renewables throughout their operations. In addition, they have to commit to the development of roadmaps for their 100 % renewables targets within 12 months of becoming a member of the initiative.
Members are also required to create yearly progress reports by using a spreadsheet supplied by RE100 or by filling in CDP’s climate change questionnaire. The global CDP network is the technical partner in RE100. “As a minimum, we need data on total electricity consumption and total renewable electricity use. Additional information may be requested to clarify a company’s progress towards their commitment,” said Rogers. The Climate Group also encourages RE100 members to participate in campaign activities, exchange knowledge with peers, inspire others to support the initiative, and advocate for a clean energy revolution.
Organisations mentioned in this article:
http://there100.org/
https://www.theclimategroup.org/
https://www.cdp.net/en