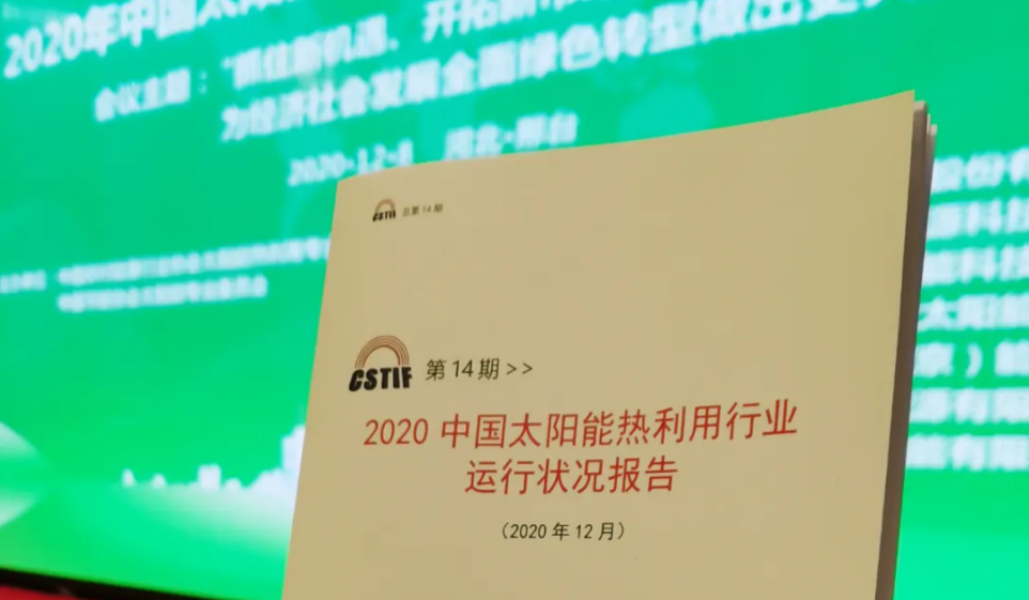 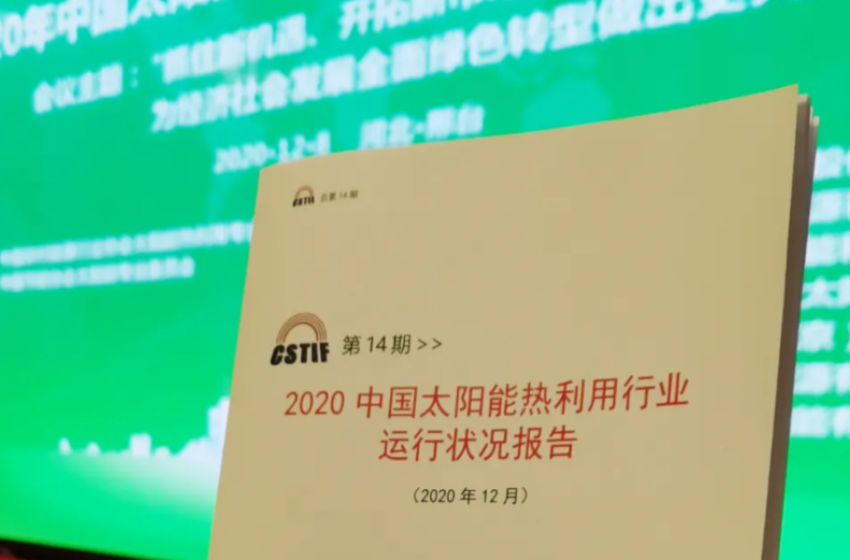 The Chinese solar thermal industry ended the pandemic year on a high note, as companies in the sector sold a total of 27.038 million m2 (18.9 GWth) of collector area throughout 2020, leading to a fairly low annual decline of only 5 % compared to 2019. Solar thermal sales in the second half of 2020 almost made up for the delays in construction activity during the first six months of the year because of Covid-19. A key driver of growth was the solar space heating market, which saw 2.45 million m2 being added last year, thanks to the People’s Republic’s national green heat policy. These are some of the findings of the Chinese Solar Thermal industry Status Report 2020 launched in early December 2020 during a joint association meeting organised by the Chinese Rural Energy Industry Association (CAREI) and the Chinese Solar Thermal Industry Federation (CSTIF).
Photo: Sun’s Vision
Market research agency Sun’s Vision, which is located in Dezhou, Shandong province, was in charge of the industry survey that became the basis for the report. “We sent questionnaires to key brands in provinces such as Shandong, Jiangsu, Hebei, Yunnan and Beijing, to get a clear picture of the dynamics in the engineering market,” explained Sun’s Vision Managing Director Hongzhi Cheng.
The survey uncovered several intriguing data points about last year’s growth trends.
In all, solar space heating capacity grew by 2.45 million m2. At the end of 2020, the cumulated collector area used for space heating projects was 3.3 million m2. This means that while there had been a gradual increase to 0.85 million m2 over several years, the new submarket really only started to take off in 2020. “Undoubtedly, space heating has become one of the most important growth factors in the solar thermal industry,” Cheng said about the survey findings.
In addition, the report states that central procurement of solar equipment for big construction projects nearly hit Renminbi (RMB) 2 billion in 2020. The whole industry generated a turnover of RMB 43.36 billion. Only a handful of collector manufacturers, mostly Shandong-based, submit tenders for these types of large-volume projects, including established solar brands like Micoe, Sunrain, Linuo Paradigma and Tianpu as well as new brands such as JingPu, Cassky, Hocome and Muyang. The report’s authors also note that construction tenders were the main source of income for some of these businesses, contributing up to 80 % to their annual turnover.

Market development in China between 2015 and 2020. In the Status Report 2020 the sales in 2019 were reduced to 28.52 million m2, whereas the figure published by CAREI a year earlier for 2019 was 32.5 million m2 (22.75 GWth). The figures also include a portion of non-specified vacuum tube collector exports. Source: Status Report 2020
The flat plate collector area manufactured in China increased from 5.5 million to 6.9 million m2 (3.85 to 4.83 GWth) between 2015 and 2020. At the same time, the technology’s share in total collector sales grew from 13 % to 22 % owing to a slump in the vacuum tube collector market (see the chart above).
The engineering market, on the other hand, remained stable, contributing 74 % to total sales in 2020. Small retail solar water heaters made up the remaining 26 %. Companies operating in the engineering market cater to a wide variety of customer groups: public institutions, e.g., hospitals and schools, industry, agriculture and district heating operators. For the first time, the report also provides further details on the sort of application for which the newly installed capacity is being used (see the chart below).