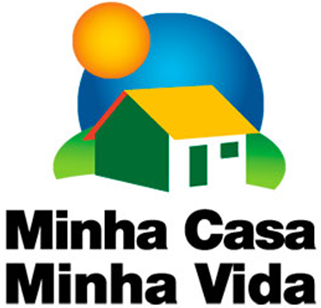 Since June 2015, the CAIXA bank owned by the Brazilian government has been offering improved financing conditions for energy-efficient housing projects built under the social housing programme Minha Casa Minha Vida (MCMV) to promote energy saving. As growing electricity demand is constantly driving up prices, the government wants to foster the use of any technology which could lower power consumption in newbuilds. Circular Caixa 681 now offers new financing conditions for projects which include energy efficiency measures – primarily, solar thermal.

“The directive is good news for companies trying to finance sustainable projects,” industry association DASOL-ABRAVA stated in their bimonthly magazine Revista Sol Brasil. Developers who receive financing by CAIXA “will have 15 % more time before they have to start paying back their credit,” the magazine explains the improved loan conditions. Additionally, housing units in energy-efficient projects are allowed to be 20 % larger than regular ones, so these developers can achieve a higher sales volume per project. After finalising construction, developers will have to present the certificate on project sustainability. The directive lists some certificates which are to be accepted: Leadership in Energy and Environmental Design (LEED; accepted nearly worldwide), A Alta Qualidade Ambiental (AQUA; Brazil certificate based on a French standard called Haute Qualité Environnementale or HQE), Building Research Establishment Environmental Assessment Method (BREEAM; United Kingdom), Procel Edifica (certificate for energy efficiency in buildings; Brazil) and Selo Casa Azul da CAIXA (also Brazil).
896,000 Brazilians in social housing projects use the sun to have a shower
Whereas housing for families with an income of less than BRL 1,600 has always been paid for directly by the national housing fund (Fundo de Arrendamento Residencial; FAR) and solar thermal energy is obligatory here, housing projects for Brazilians with a higher monthly income have been financed by low-interest loans granted by the FGTS (Fundo de Garantia do Tempo de Serviço), a credit line offered by CAIXA, which lists solar water heating as voluntary. Now, the new credit terms as described above might help increase solar thermal use even in this segment.
Since the beginning of the second phase of the MCMV programme in 2011, houses for lower-income families have had to be equipped with solar thermal energy in any case. Since 2009, around 896,000 Brazilians in 224,405 newbuilds have benefitted from solar water heaters provided by phase I and II of the MCMV scheme, according to the Ministry of Cities. But for the higher income ranges (the so-called Faixa 2 and 3), there has been neither an obligation nor a clear incentive for using solar water heater technology.
Number of solar water heater housing units supported by the public housing programme Minha Casa Minha Vida (MCMV)
Source: Ministry of Cities (Assessoria de Comunicação do Ministério das Cidades)
During the first two phases of the MCMV programme, the federal government managed to set up 3,957,192 houses in Brazil with a total investment of BRL 265.2 billion.
Three million homes for Brazilians until 2018
The government presented their proposed set of measures for the third phase of MCMV on 10 September 2015. The programme is designed to provide 3 million more homes for Brazilian families until 2018. There will be three income ranges: The maximum income for Faixa 1 will be raised to BRL 1,800 and families in this segment will have to contribute up to 5 % of their monthly income. The proposal offers to introduce a new income range (Faixa 1.5), with a maximum income of BRL 2,350 and a maximum subsidy of BRL 45,000 depending on local housing prices. Regarding the other two income ranges, Faixa 2 (up to BRL 3,600) and Faixa 3 (up to BRL 6,500), the construction or retrofit costs will have to be paid for by subsidised credits provided by the FGTS fund.
The proposal still has to pass congress, which has not yet approved the budget for 2016. Hence, it might take some time until the next phase of MCMV can actually begin. One should consider that until today, not all housing units of the second phase have been planned, built, handed over and paid off. Now, with Brazil facing an economic crisis, the government budget has come under pressure. In August, the Brazilian press reported that there had been no more contracts for the Faixa 1 income range. The majority of the projects which have been awarded a contract under the MCMV scheme in the first half of 2015 were designed for families with an income above 1,600. This is bad news for solar thermal suppliers, because Faixa 1 is the only segment with obligatory solar heating rules. Still, market insiders claim that the housing project has been far too popular among the population for Brazil to drop it entirely. And the government of Dilma Rousseff announced that even a cut in the respective budget would not stop the programme from continuing. Under such circumstances, subsidies would be paid by the FGTS.
More information:
Circular CAIXA 2015 681 (only available in Portuguese)
http://www.caixa.gov.br
http://www.dasolabrava.org.br/
This news was written by Vanessa Kriele, a German freelance journalist specialised in renewable energies and world economics.