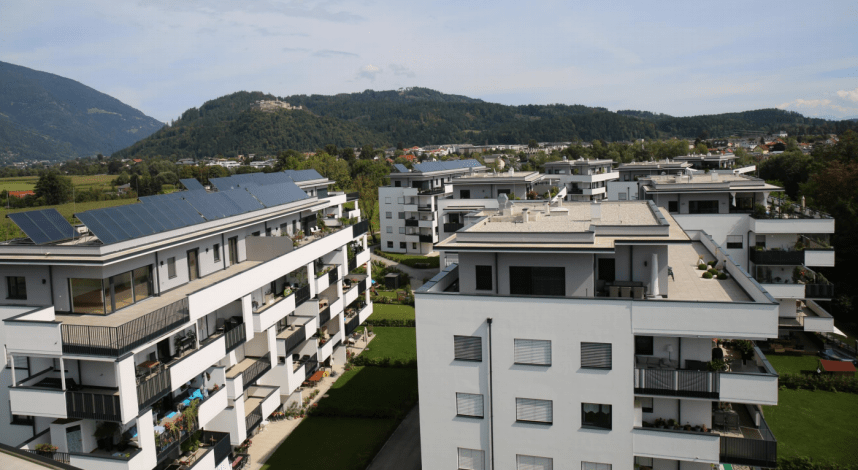 Fourth-generation heat networks, which operate at about 60 °C, reduce heat losses, extend pipe life and create the best conditions for clean energy use. The photo shows one of these grids, which has been running in a neighbourhood in Villach, southern Austria, since the beginning of 2018. In its first year, the 1,000 m2 collector field on the roof of the multi-family buildings provided 32 % of the thermal energy required by the 217 apartments. Monitoring showed energy losses of only 16 % over the course of the year, according to a presentation given by Christian Engel, International Business Development Manager at Austroflex, Austria. Engel was one of two speakers at EuroHeat & Power’s Heat Networks 4.0 webinar in mid-September. A recording of last month’s event can be found here.
Photo: Energy Island Landskron/ C. Engel Austroflex
Heat Networks 4.0 was the fourth in a series of webinars titled Ideas that Move us Forward, for which Brussels-based association Euroheat & Power invited its members to present suggestions for forward-looking district heating and cooling solutions.
Together with Lorenz Leppin, a researcher working at Austrian institute AEE INTEC, Engel discussed the challenges and opportunities of low-temperature heat networks. Leppin used the example of a newly planned neighbourhood in Amstetten, Austria, to show how he calculated heat losses at three different temperature levels (see fig 1). He found that third-generation networks, which rely on conventional, insulated steel pipes (series 2) run at 95 °C / 55°C, lose 30 % of the thermal energy injected into them. A grid consisting of the same sort of pipes but running at temperatures of 55 °C / 35 °C can cut those losses to 20 % per year. And a fifth-generation DH network, which transports water at 5 °C / 15 °C via non-insulated PE pipes, loses only 7 % annually.
Usually, a cold-water grid is installed together with distributed heat pumps, which use the network as a heat source to provide the temperatures needed to meet demand from connected households. Engel said that fourth-generation networks are already fairly common especially in new-built neighbourhoods, while cold-water DH is still in its infancy. 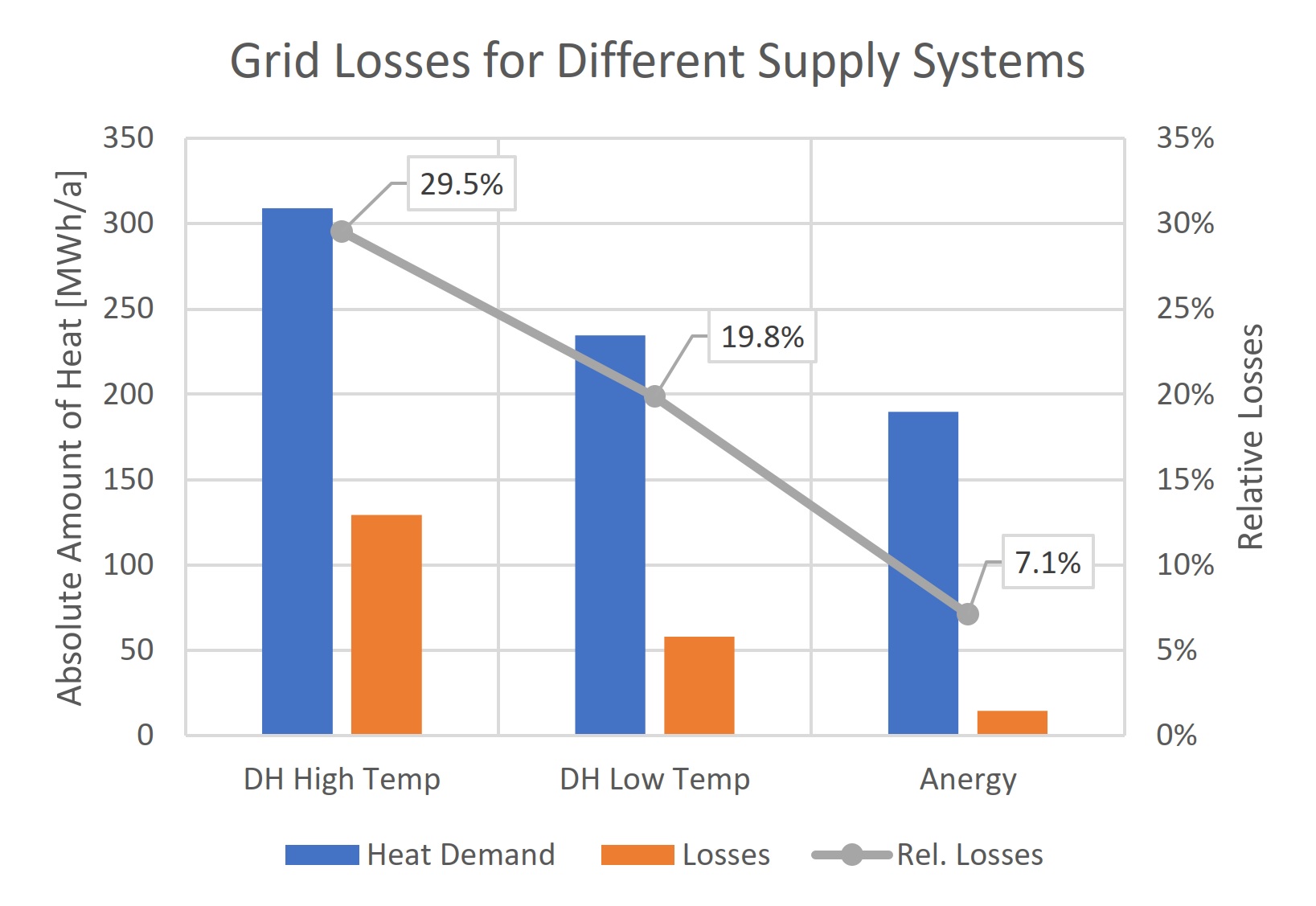 Figure 1: Simulated energy losses from different types of heat networks in a planned neighbourhood in Amstetten
Source: AEE INTEC
Building renovation tied to grid updates
Lowering the temperature of an existing heat network is a difficult task, which can only be achieved by reducing the temperature in small steps. Each step is like a test phase to find out whether consumers complain about the lower temperatures. “The technical challenge is that some contracts more or less guarantee certain flow temperatures so you cannot just change them from one moment to the next,” explained Engel. “Plus, some of the heating systems used in connected buildings have not been optimised and the transport capacity of existing networks are limited because they were designed for higher flow rates and temperature differences.” He underlined that the European Commission’s Renovation Wave initiative will be crucial to motivate DH companies to upgrade their grids by stipulating rules that grid-connected buildings has to be renovated at the same time.
Service life of as many as 100 years
Engels emphasised as well that the components of lower temperature networks last longer. According to EN 15632, conventional PE-Xa pipes operated at 80 °C around the clock have a service life of about 32 years. A 5 °C reduction in temperature will extend their life to a total of 55 years. Lowering that temperature even further to 65 °C will have the piping last as many as 100 years, according to the standard (see fig. 2). 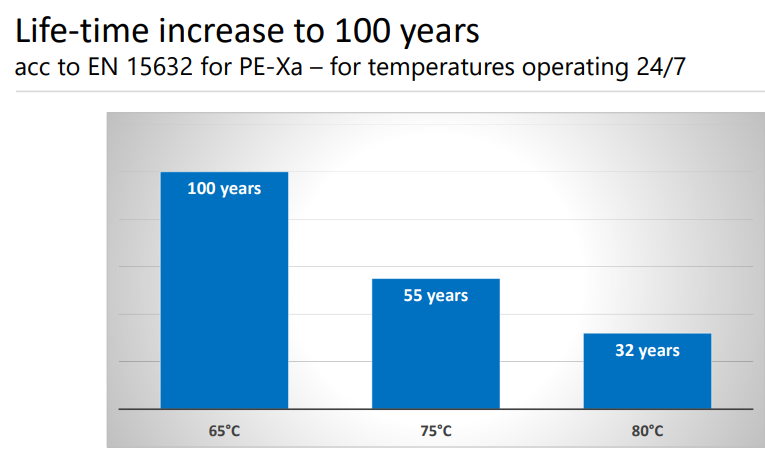 Figure 2: Pipe life based on operating temperature
Source: Austroflex
One of the lessons learned from analysing current demonstration systems for fifth-generation networks is that on-site sources of waste heat are indispensable, said Leppin. “It is crucial to know that you can still use waste heat at a temperature of around 30 °C.” As an example, he cited a well-documented fifth-generation network in Zurich, Switzerland, where two big server rooms supply heat to a network that runs at about 35 °C all year round (see blue lines in fig. 3). The energy produced in those rooms is subsequently used by distributed heat pumps to provide heat via a warmer secondary DH grid to around 2,500 buildings in the neighbourhood (see red lines in fig. 3). The challenge now is to figure out how to make a low-temperature source for the heat pumps available over the lifetime of a fifth-generation DH network, as businesses will most likely not want to hold on to a site for 20 or 30 years. 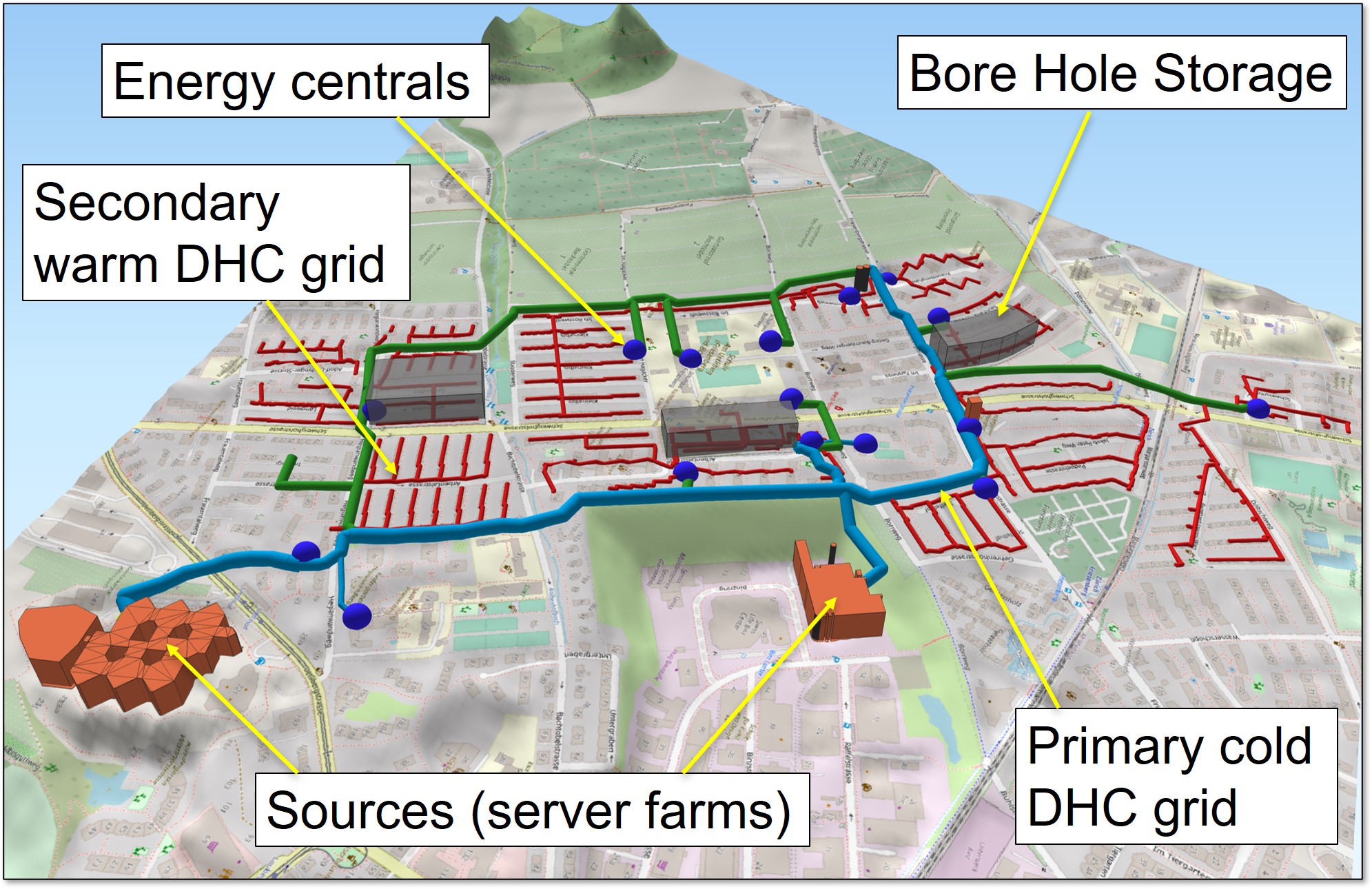