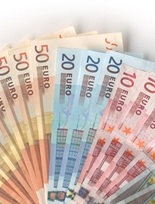 Acquiring affordable loans for large solar thermal plants is a challenging task. On 30 January, the industry association Austria Solar organised a meeting between representatives of the banking and investment sector, engineering companies, solar companies and industrial customers for process heat. The less than a dozen attendees, many of them CEOs, gave the meticulously planned workshop its exclusive touch. According to Roger Hackstock of Austria Solar, all parties learned a lot about each other. They also agreed to work together more closely in the future.
Figure: Thommy Weiss / pixelio.de

The meeting’s main topic was how industrial companies could acquire loans for large solar thermal projects with collector areas of 500 m2 and more – a difficult issue, to say the least. Banks have little experience with this kind of project and usually respond to such loan applications by demanding equity ratios of 40 % and more, a ratio so high that it knocks out solar projects more often than it should.

Although banks raise various concerns when it comes to solar thermal plants, they are not based on a general mistrust of the technology, as has often been claimed. During the meeting, the bank representatives made clear that the most important criterion for them is the return of investment ratio. Hackstock puts it this way: “A bank always contemplates what might happen to put loan payback at risk“.

Even if the risk seems marginal, it can become a reality regardless of how well the solar plant works. For example, if the bank´s customer – the user of the solar process heat installation – suffers a drawback in sales, the company might have difficulties paying back the loan. Because loans for solar plants run over more than ten years, the precise economic development of the plant is hard to pinpoint. Although the housing and hotel sector are considered less risky than industrial applications, the danger of not being able to pay back loans still remains. The risk factor can turn out to be something as simple as a few mild winters and a lack of snow, which would make it hard on hotels that depend on the winter sports season.

Of course, the banks’ concerns also include the question whether the solar plant will perform well once it has started operating. Banks employ technicians or engineers to assess these technical risks in projects, but the hired technicians usually do not have the experience to correctly evaluate solar thermal installations.

Each party agreed that to tackle both of the aforementioned issues, all banks shall participate in drawing up a questionnaire which describes how they actually go about risk assessment. In turn, the solar companies have agreed to answer these questions in case of several existing solar plants. This May, bank technicians will visit several large-scale solar plants in Austria for a workshop on how to assess solar thermal installations.

A third aspect looks far less difficult and more promising. Solar companies tend to calculate the economics and the payback time of a solar plant based on given or estimated interest rates. In contrast, banks and investment funds place the emphasis on the Internal Rate of Return (IRR) method. It turns out that solar thermal projects frequently have an IRR of 10 % and more. A simple change in the calculation of economics would make solar thermal far more attractive to investors. This seems especially important in light of the fact that investors and banks usually have several options from which they can choose. It is simply not relevant for them if the return of investment for the solar plant is positive, as long as the return of investment for a new fuel-saving car fleet is still higher.

Hackstock is optimistic that the workshop has substantially improved cooperation and understanding between the banks on one side and the solar thermal industry representatives on the other.