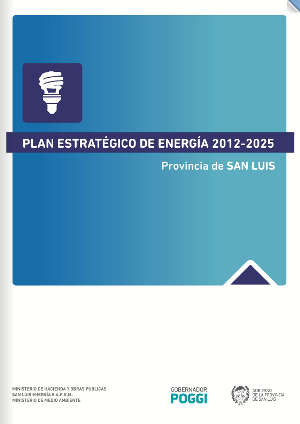 The Plan Provincial Termosolar, which originated from the Plan Estratégico de Energía 2012-2025, promotes the use of solar thermal technology in several small towns in central Argentina’s San Luis Province. After the two success stories in La Calera und Batavia, the town next in line will be La Carolina, where the local government is currently assessing the energy demand of the municipality’s households. The province authorities intend to extend the project to other neighbouring towns. The Energy Strategy Plan can be viewed online.
Over the past years, several local authorities in Argentina have been promoting the use of solar thermal technologies as a substitute for traditional fuel-based heaters. Some initiatives, such as the mandatory laws in Rosario or Santa Fe, which are part of the Red de Ciudades Solares or Solar City Network, have shown some success, mainly because of installations in public buildings.
Government-funded solar water heaters for residential households
The important distinction between the San Luis Province initiative and the Solar City Network is the target group: residential households, not public structures. The mountain village La Carolina, with a population of around 100, will be the next small town in which solar heaters are going to be installed. The Plan Provincial Termosolar includes an assessment of the demand for each household in La Carolina in order to determine the right specifications for the solar thermal system. Once the survey is finished, the results will show how many households can adhere to the plan, and the local government will invite tenders in order to supply the publicly funded solar water heaters.
Termosolar to reduce the energy expenses of low-income, isolated rural families
The last solar thermal tenders were invited in August 2014, when the authorities tendered out 131 solar thermal collectors for the Batavia municipality with a budget of Argentine Peso (ARS) 2,495,400 (EUR 232,000). The Plan Provincial Termosolar for San Luis aims to reduce the consumption of fossil fuels, as well as to alleviate the financial burden of high energy expenses for low-income and isolated rural families. There is, however, no clear target in the plan, and the inclusion of new towns is still to be clearly stated – although the local administration has already been thinking about extending the implementation programme to other municipalities.
The new plan for La Carolina came about after a similar project was finished in the La Calera municipality in 2013. Back then, the authorities helped install some 120 solar thermal systems. According to the news agency of San Luis (Agencia de Noticias), the project allowed 63% of the beneficiaries to reduce their electricity consumption, 23% of them to cut down on their firewood and 13% to bring down their bottled-gas consumption for sanitary purposes.
Despite these commendable local initiatives, Argentina’s solar thermal market remains largely untapped. The lack of a nationwide obligation, combined with the financial crisis and the small number of coordinated initiatives, means the market will keep making slow progress in the near future.
More information:
The San Luis News Agency
Plan Estratégico de Energía 2012-2015
Solar City Network