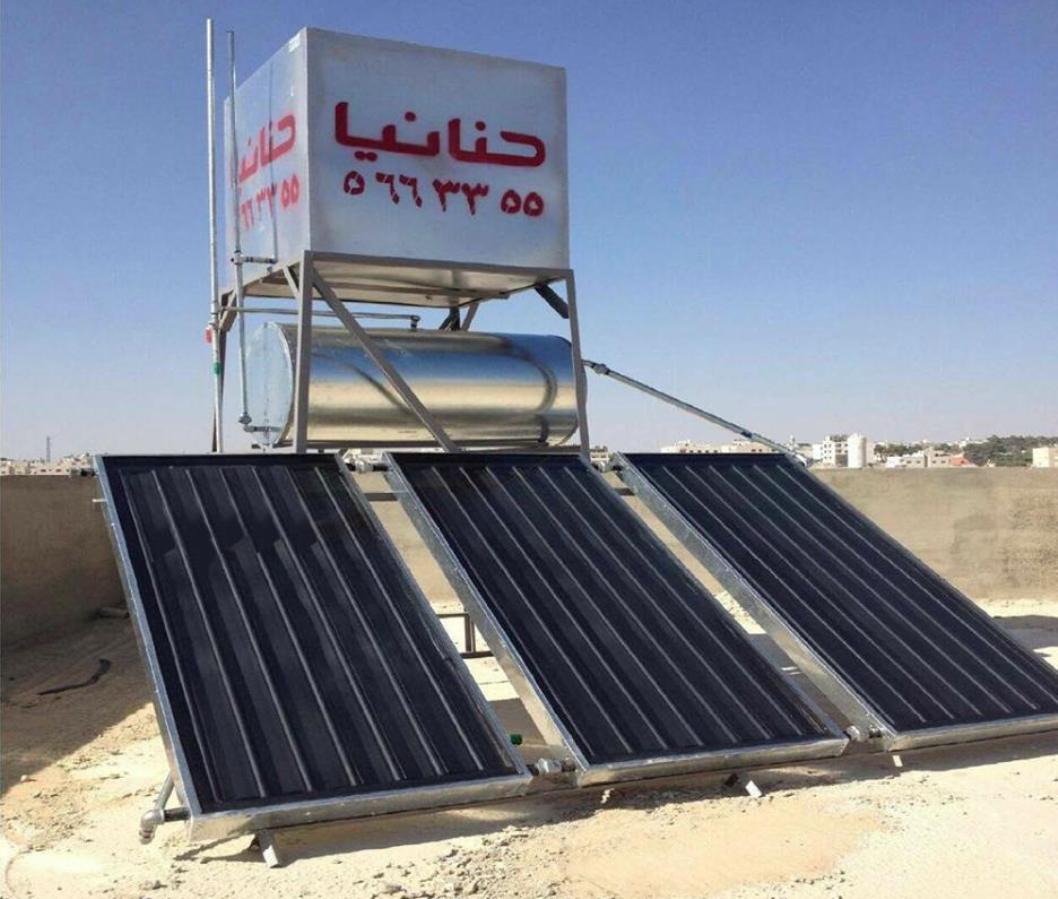 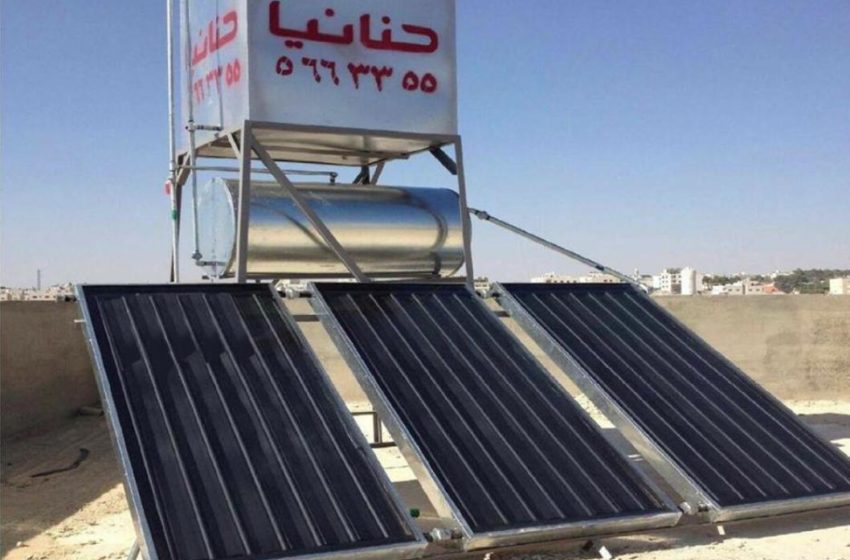 The Jordan Renewable Energy & Energy Efficiency Fund (JREEEF) has launched a project to bring solar hot water to all parts of the Hashemite Kingdom. Its aim is to have 20,000 solar water heaters (SWHs) installed in the residential sector between 2013 and 2019. The business in charge of putting up these heaters is Hanania Energy, a Jordanian SWH manufacturer, while public funding is being used to cover 50 % of their cost. The photo shows one of the thermosiphon systems that have been installed in the north of the country. Its storage tank can hold 200 litres of hot water.
Photo: Hanania
Since JREEEF was launched in 2013, it has been true to its mission to increase the number of SWHs by up to 24 % by 2020. Its overall goal is to fund the installation of 200,000 systems, mainly in households that need less than 600 kWh of electric power each month. JREEEF covers half the cost of their purchase and installation. The remainder has to be paid by the owner of the system, who can do so either in a shop of the Civil Service Consumer Corporation (CSCC), which has 68 of them across the country, or via one of 300 community organisations.
In 2017, JREEEF invited local solar thermal system suppliers to tender for the manufacture and delivery of up to 20,000 solar water heaters by 2019. It set the following minimum requirements:
Hanania Energy won the tenders in all regions in Jordan in 2017. General Manager George Hanania said the reasons for his company’s roaring success had been its trusted brand and the lifetime of its SWHs of around 25 years.
He added that Hanania had already delivered and installed 18,000 of the 20,000 SWHs intended for the project and expected to put up the remaining 2,000 units within two months. Each of the systems has a collector area of 3.96 m2, as well as a hot water tank holding 200 litres, a cold-water one with 1 m3 of capacity and an electric element to produce hot water on cloudy days. The company makes all components for these direct thermosiphon systems in its factory in Amman.
This article was written by Lotus Shaheen, a German-based clean energy researcher with expertise in solar thermal quality certification and MENA markets.
Organisations mentioned in this article:
Hanania: http://hanania.jo/index.php/en
JREEEF: http://www.memr.gov.jo/Pages/viewpage.aspx?pageID=264
CSCC: http://www.jcscc.gov.jo