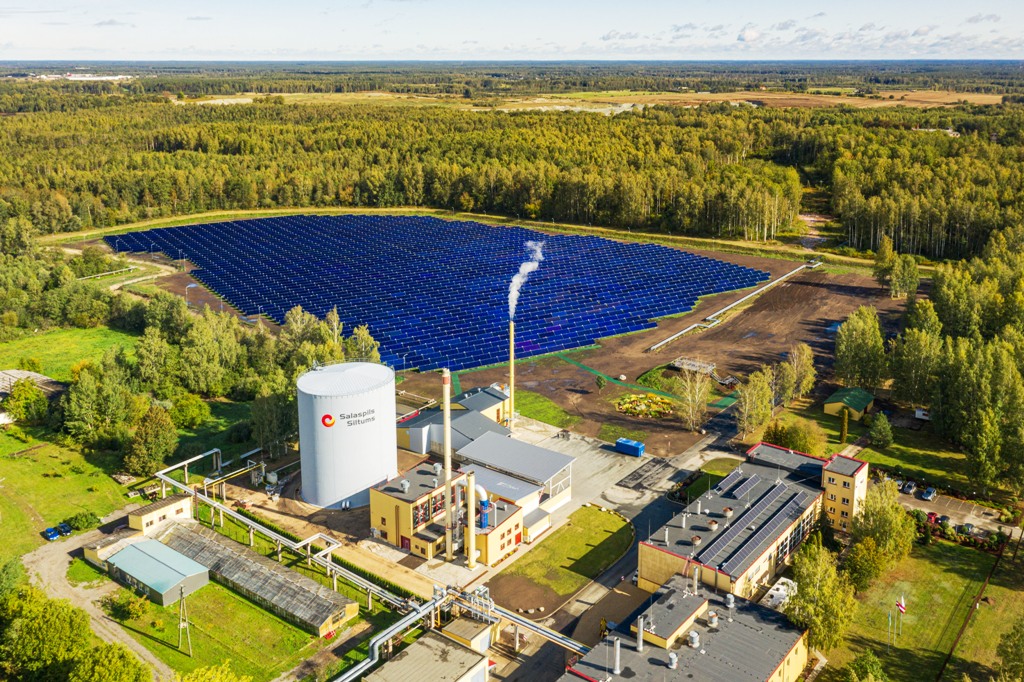 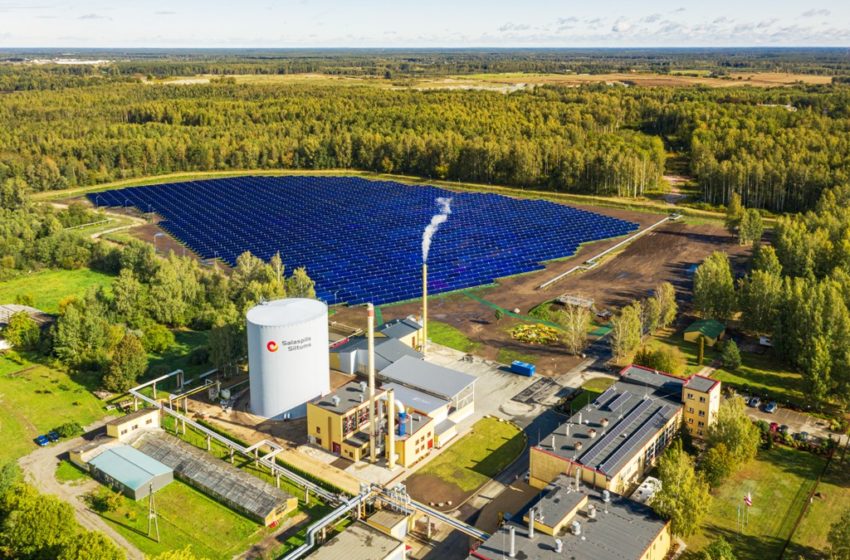 On 12 September, district heating operator Salaspils Siltums inaugurated a 21,672 m² solar field and a wood chip boiler, put up in the middle of the woods near the town of Salaspils, Latvia, to meet 90 % of demand from the local heat network. The inauguration came after a three-week test run of the solar district heating plant and its new 8,000 m³ storage tank. The system was installed by Latvian-based company Filter, which signed an EPC contract with Salaspils Siltums in August 2018. The collectors were delivered by Danish manufacturer Arcon-Sunmark.
Photo: Salaspils Siltums
Salaspils Siltums started planning the solar system after a neighbouring cogeneration plant was shut down. “We have been working on this project since coming back from a visit to Denmark, where we attended a conference on district heating in Billund in 2016. The aim is to lower our carbon footprint and become less dependent on fossil fuels,” said Ina Berzina-Veita, Managing Director of Salaspils Siltums. After conducting a feasibility study in January 2017, the utility was able to secure EU funding in February of the same year. The EU’s Cohesion Fund has contributed EUR 2.73 million to the EUR 7.08 million invested in the solar field, the storage tank and the 3 MW biomass boiler. The project could reduce the company’s district heat tariff by at least 5 %, utility staff confirmed. Salaspils Siltums is also about to sign additional heat contracts with new customers.

Schematic diagram of the district heating system in Salaspils. The solar field is expected to reach an annual yield of 553 kWh/m² of gross collector area, which would meet 20 % of demand for district heat per year.
Source: Berena Mendoza
Salaspils Siltums is a relatively new utility, founded as recently as 1996. Since 2010, the company has grown rapidly but has kept its focus on eco-friendly solutions. Each year, it supplies about 65 GWh to 17,000 customers. 85 % of all households in Salaspils use district heating already.
Organisations mentioned in this article:
http://www.salaspilssiltums.lv
http://de.arcon-sunmark.com/
https://filter.ee/en/