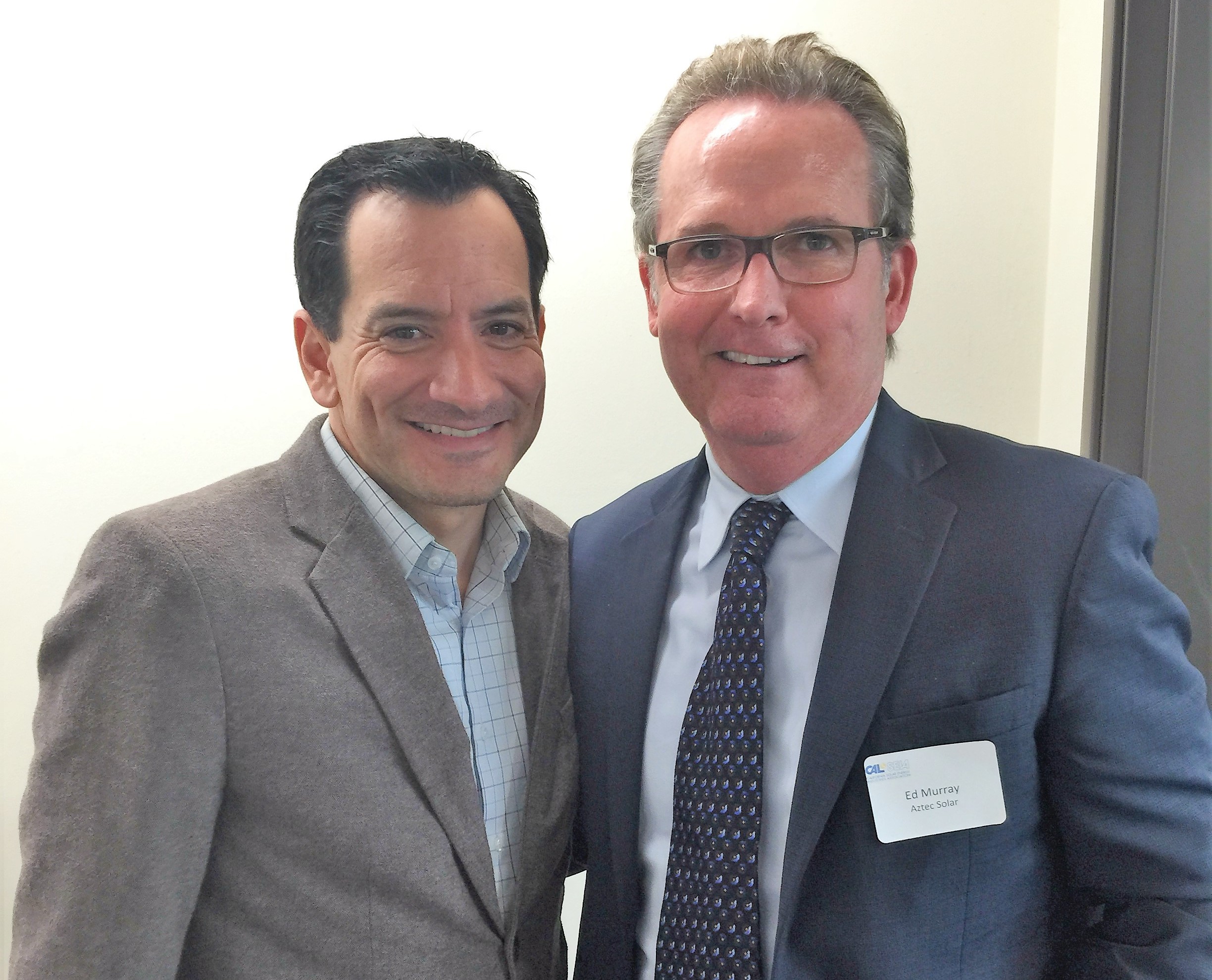 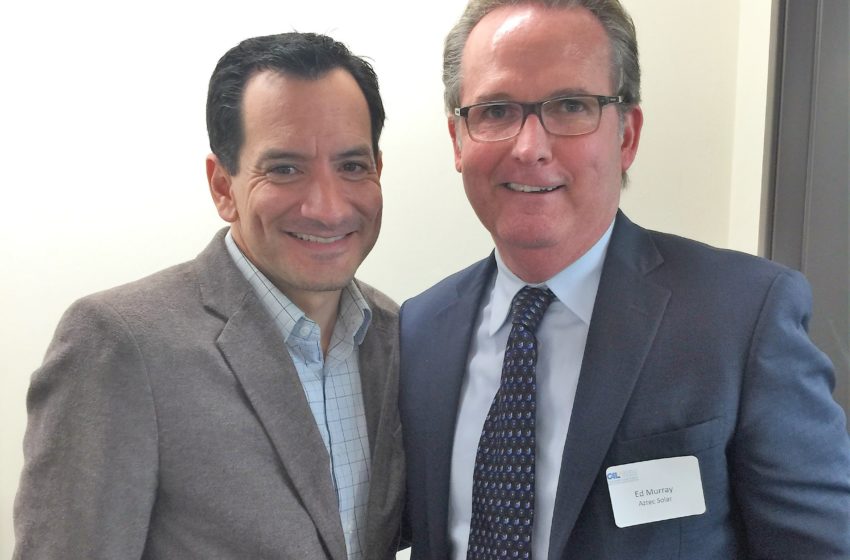 The California Solar Energy Industries Association (CALSEIA) named Ed Murray, a solar expert with more than 30 years of experience in the field, its new president in early January 2017. He succeeded Rick Reed, Director of California-based collector manufacturer Sunearth. Murray, a 25-year member of CALSEIA, is President of Aztec Solar, a solar heating and solar electricity system supplier from Sacramento, California. “He’s the right person to lead CALSEIA in the uncertain times ahead,” reads the press release sent the day after the election. “I attend meetings in the states and in Washington DC to make sure that SHC is kept on the agenda and not completely overshadowed by solar PV,” Murray describes his commitment to solar thermal. The photo shows Murray (right) and Anthony Rendon, Speaker of the California State Assembly.
Photo: CALSEIA
The dominance of PV in California becomes quite clear when looking at the application figures of the state subsidy scheme, the California Solar Initiative (CSI). There have been 100 times as many requests for solar electricity support as for solar heat. Since 2007, the programme administrators have received 580,727 applications for photovoltaic plants, whereas applications for solar water heating have added up to a mere 5,234 since the start of the scheme in October 2010.
The stark contrast between the two technologies also shows in CALSEIA’s membership structure. “The share is abysmal, as PV is getting all of the attention, although solar pool heating is attracting a fair share of the business in California,” Murray said. Solar pool heating suppliers and installers make up around 10 % of the organisation’s members, just about as many as there are SWH and process heat suppliers.
This makes it all the more important that CALSEIA’s president is again an SHC expert committed to the cause and well-connected throughout all major solar heating and cooling organisations across the country. Murray is a member of the Solar Energy Industries Association board and the North American Board of Certified Energy Practitioners. Additionally, he is part of the Standards Committee of the Solar Rating and Certification Corporation (SRCC).
The biggest challenge of his one-year term as CALSEIA’s president will be the extension of the CSI scheme, which is set to expire at the end of 2017. “There is a very good chance that the subsidy programme will continue, as the Democratic party has a ‘Super Majority’ in California and is in favour of the extension,” explained Murray. He will also try and get commercial pool heating included in the federal investment tax credit, which offers residential and commercial clients a 30 % deduction on their renewable investment. This federal law was extended in December 2015 and will remain until the end of 2019. Then the tax credits will drop to 26 % in 2020 and to 22 % in 2021. California allows for a combination of the federal tax credit and CSI subsidy support.
Websites of organisations and programmes mentioned in this article:
CALSEIA: http://calseia.org/
NABCEP: http://www.nabcep.org/
SEIA: http://www.seia.org/
SRCC: http://www.solar-rating.org/
Aztec Solar: http://aztecsolar.com/
Sunearth: http://sunearthinc.com/