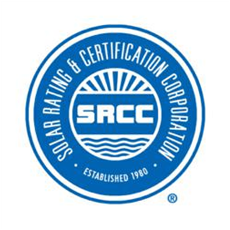 The US Solar Rating and Certification Corporation (SRCC) is extending its list of services for the solar thermal sector. In a press release from 31 January 2013, the organisation announces the successful accreditation as a certification body by the American National Standards Institute (ANSI). Consequently, the SRCC is now able to award both OG-300 and Energy Star certificates. “We thought it was in our participants’ best interest to be able to get both OG-300 and Energy Star certifications from the same organisation and save time and money,” explains Eileen Prado, Executive Director at the SRCC. Because an Energy Star listing requires an SRCC OG-300 certificate, manufacturers had been forced to first get certified by the SRCC only to go through the certification process again at an another institute accredited through ISO17065 (formerly Guide 65) as an Environmental Protection Agency (EPA) recognised certification body.

Established in 1980 with the support of a 1979 DOE grant and five state government representatives, the SRCC´s initial Board of Directors came from the Interstate Solar Coordination Council (ISCC) and the Solar Energy Industry Association (SEIA). The need for a single national standard became clear when Florida, California, the Air-Conditioning, Heating, and Refrigeration Institute (AHRI) and SEIA realised how different their individual solar collector and rating programmes were in comparison and that none of these programmes would recognise or accept another’s certification. ”This prompted the U.S. Department of Energy to make a very substantial technical and financial investment in the SRCC to develop uniform standards for collectors and solar thermal systems,” says SRCC`s Executive Director. “We had been the only organisation offering certification according to the solar thermal standards OG-100 and OG-300 for nearly 30 years.”

The issuing of Energy Star certificates is not the only new service for the solar thermal sector. In a second press release from 31 January 2013, the organisation presents three additional services, which are available for a fee: