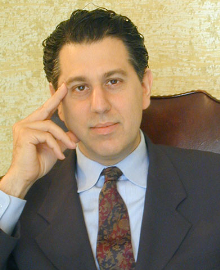 More than 20 solar thermal companies have joined Eneref Institute’s Solar Thermal Advantage initiative as sponsors since the initiative’s kick-off meeting in October 2011. The campaign was started five years ago by Eneref’ s founder, Seth Warren Rose. The initiative’s goal for the near future is to raise public awareness for solar thermal by presenting case studies in different magazines and newspapers, put together individually for each magazine target group. The first stories were published in Commercial Building Products (circulation 41,000) and Reeves Journal, a plumbing journal with a circulation of 13,000.
Photo: Eneref

Nearly 100 solar thermal professionals attended the Solar Thermal Advantage kick-off meeting at Solar Power International in October 2011. “We have not seen so many solar thermal professionals in one meeting room at the same time since the solar thermal boom of the 1980s ,” Rose says. He is the founder of the ENEREF Institute, which has provided the funding for the Solar Thermal Advantage initiative so far. Sponsors now come from all parts of the solar thermal value chain – among them, solar thermal specialists such as Caleffi, AET, Sunearth, Skyline Innovations, Heliodyne, Hisco, Sunnovations, SolarUS and Chromasun, as well as testing authority SRCC, solar associations SEIA (national), Midwest Renewable Energy Association, and the international plumbing association IAPMO. Sponsor amounts range between USD 500 and USD 12,000 per year. As Rose adds, the campaign is also open to EU companies which want to sell in North America

The Solar Thermal Advantage campaign was actually initiated 5 years ago by the Eneref Institute and has been publishing the Solar Thermal Market Report in the Solar Industry Magazine since 2007. The report and initiative have been funded entirely by the Eneref institute, which was founded in 2001 and also carries out other initiatives and research-related projects in the green building and efficient lighting segment. “We believed that far-reaching magazines and papers, such as the New York Times or Times Magazine, saw the Solar Industry Magazine as the influential solar publication in the US. So, we had to get the solar thermal story into it,“ Rose says. In 2010, he decided it was time to take the initiative to the next level and invited solar stakeholders to join it.

The broad participation helps the initiative find the best case studies and success stories about solar thermal – to provide the media with interesting stories. Besides Rose, there are two other Eneref employees who work full-time on the Solar Thermal Advantage initiative.

As part of the programme, the Eneref Institute has established two websites in support of the initiative. The website solarthermalbiz.com, launched in August 2010, publishes solar heating and cooling industry events, reports and opinions, representing an information resource for the general media. The website shc.eneref.org, which is going to be launched in January 2012, will publish solar heating and cooling success stories for the general public and end users. Both sites are funded entirely by the Eneref Institute and do not include advertising. Further activities of the initiative will depend on how much the industry is willing to get involved. In the future, this might result in advertising campaigns for solar thermal or events.

“Compared to Europe, we have a huge solar potential – but a tiny market,“ Rose says. He sees it mainly as a lack of awareness of the advantages among end users, as well as architects, engineers and plumbers. “No single company in the US is big enough to do such a large campaign on its own. That´s why it will be necessary to bring the whole sector and the whole value chain together,“ Rose says.